PlayStation has been a household name for gaming enthusiasts for a long time now. In fact, so popular is the device that it has sold over 40 million consoles so far – this device brings joy to peoples’ hearts. There have been newer versions of the PlayStation over the years, such as the PlayStation 4 Slim and PlayStation Pro. Microsoft’s Xbox has been a close contender ever since its launch, but it hasn’t been able to steal the attention from PlayStation. If anything, the competition has only made PlayStation more popular. Sony have even launched their own streaming service in the US, dubbed PS Vue. In case you’re an American expat currently living abroad, you need a VPN to unblock Playstation Vue outside USA. In the review below, we take a look at the best VPN for Playstation Vue. 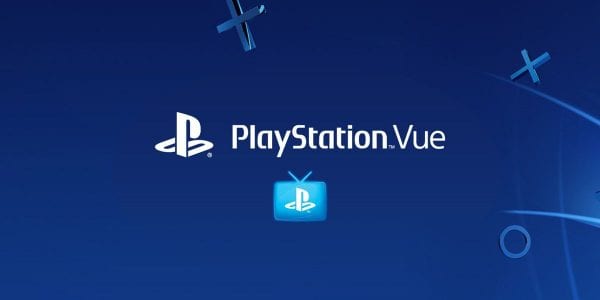 What is Playstation Vue?

PlayStation has been coming up with newer services to keep up with changing times. The PlayStation Vue is one of them, which is very own streaming service of PlayStation. Gaming lovers who also love to stream their favorite shows are now in for a double treat. These shows can be The Shield, House of Cards, The Wire, House, The Good Wife, 24, Two in a Half Men, Friends, and so on.

Streaming services are on the rise, and could replace traditional cable television in a short time. With every major company releasing their own streaming device, it was high time PlayStation did the same. Even though the market is crowded with contenders, Sony is not giving up. Sony jumped into streaming services despite the competition because it knows it has a huge PlayStation user base, and also because PS Vue is one of the most affordable streaming services available right now.

To be able to watch Vue online, users have to choose from one of its many packages. The cheapest package starts at $30, but it doesn’t come with major networks like NBC, Fox, and ABC. Even though this is a major downside, Sony is planning to add these networks to all packages as soon as possible.

To get all the major networks, users have to pay an extra $10. At $55, users can get the Elite package, which gives access to 100 channels. These channels can be watched from any location and at any time.

Using a VPN with PlayStation Vue

Despite the popularity and affordability of the PlayStation Vue, it does have its own downside. One of the major complaints that Vue users outside the US have is geoblocking. Yes, like all streaming services, PlayStation Vue is also geoblocked outside USA. Some of the other countries besides the US that have access to Vue are Australia, Germany, UK, Canada, France, Mexico, and Germany.

But they get severely restricted content. Only those within the US get access to all the networks. This is a major cause for complaint among the users of the streaming service.

But there are workarounds. Those who use a VPN can easily access the full streaking service and bypass the geoblock. A VPN is a Virtual Private Network that encrypts all traffic that passes between the computer and the secure VPN server, and makes it unreadable to anyone outside the server. Another benefit of a VPN is the proxy server it connects users to. This server allows the bypassing of geoblocks.

For instance, if you want to watch Vue in India, UK, Australia, Canada, France, Germany, and so on, you have to choose a US server to connect to. When you do this, PlayStation Vue cannot see your original IP address and lets you access the service. Along with Vue, a VPN also unblocks several other streaming services.

While some devices support VPN natively, some don’t. For instance, PS4, PS3, and Roku streaming devices do not support VPN natively, so you cannot install VPN directly on them. To be able to use a VPN on these devices, you need to use a VPN-enabled router. When the device is connected to a network configured to utilize a VPN, you can manually configure your router to unblock PlayStation Vue. You can also connect more than one device to a single router and watch Vue on every device.

It is important to note that not all VPN service providers are capable of working with PlayStation Vue, with or without a router. ExpressVPN is the only VPN which allowed us to unblock and watch PS Vue outside the United States.

Over time, Sony has added Playsation Vue to more and more devices. Here’s a list of all major devices you can watch PS Vue on at the moment.

Besides unblocking streaming services and letting you access content from other countries, a VPN also protects your information from outsiders. When you use a VPN you drastically reduce the chances of malware attacks and theft of private information. Even if you install a VPN solely for watching PlayStation Vue, you can enjoy several additional benefits. Not a bad deal!