The latest season of the popular multiplayer game, Fortnite, is finally out. If you know anything about the gaming community, though, that means that we’re in for some click-bait worthy “Fortnite Cheat Tool” posts. Malwarebytes has caught out one of these cheat codes for being malware-infested. 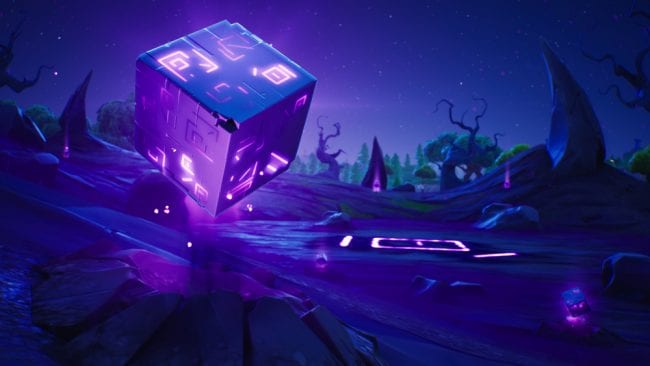 Fortnite Cheat Tool – When Did They Start Popping Up?

Scams aren’t that unheard of in the gaming community. In fact, there more of a staple you just have to learn to get around. The more popular the game, the higher the chance of hackers customizing malware specifically to targets its players. Fortnite, being one of the most popular games right now, is no exception.

Right after Fortnite’s Season 6 release, a lot of “free” season 6 passes suddenly appeared online. These passes promise a free Android version of the game, free V-Bucks, cheat codes, wallhacks, and aimbots. However…that’s not really what a user ends up getting if they download that.

Usually, hackers that targets games and gamers opt for an easier and less malicious “survey-based” hacks with downloads that never actually finish. This time, Malwarebytes found a surprising number of malicious software buried deep within the download files.

Fortnite Cheat Tool – Where is the Malware-Infected File

According to Malwarebytes, they found the corrupted files by digging-in to one of the most viewed “Fortnite Cheat Tool” videos on YouTube.

The day after it was uploaded, this particular video had over 2200 views. The channel itself had over 700 subscribers. The video offers up a link that takes the potential victims to a page on Sub2Unlock. Malwarebytes reports that redirection is in-and-of-itself very odd.

Usually, you’d need to answer a series of survey questions before you get to whatever it is you want off the site. This time, targets are prompted to subscribe to the channel that sent them to the Sub2Unlock. Subscribing opens up the channel’s YouTube page and the target would need to go back to the Sub2Unlock site to click on the download button.

After a target clicks on the download link, they’re taken to a site located at bt-fortnite-cheats(dot)tk.  Malwarebytes reported that the portal, which claims to offer all of the cheats a target is looking for, is very convincing. After a few more clicks, the target is lead to a download site riddled with clickable links and ads.

According to Malwarebytes, the malicious file has already been downloaded over 1207 times.

What Kind of Malware is in the Fortnite Cheat Tool?

In this particular file, Malwarebytes found a data-stealing malware. However, the payload in other malware-infested Fortnite cheat tools can be very different (and very dangerous). If you want a better idea of what malware can do for you, check out this guide that explains the most common types you could run into.

How to Stay Safe While Playing Fortnite

Let me start by saying that at this point, it’s probably better if you forgo any cheat tool. You should also make sure that any software you download is from the developers of the game themselves. Don’t use any software that you found on any other site, they will most probably not be safe to use.

That being said, the easiest way to stay safe while on Fortnite is to use a VPN. We’ve gone into details on why and which VPNs can keep Fortnite gamers safe and secure. We’ve also discussed why VPNs actually works perfectly with anyone experiencing issues with lag and IP bans. Go ahead and subscribe to a credible game-friendly VPN, like ExpressVPN, and keep your gaming experience secure and private.