Google bans DO Global, a major Android developer and removes its apps from the Google Play Store following the discovery of ad fraud. The company has removed more than 100 apps for DO Global, which is in part owned by massive Chinese tech firm Baidu, and will continue to do so as a consequence of Global’s violations. 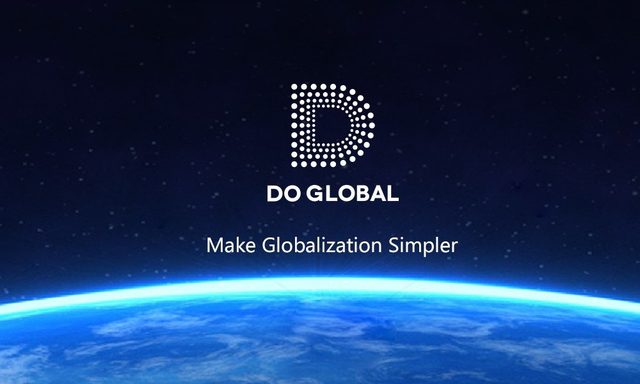 Google Kicks DO Global to the Curb

DO Global isn’t the first app developer that Google bans and certainly won’t be the last. However, it marks the biggest removal yet. Google’s AdMob network has also axed DO Global, which means the company has no rights to advertise its products by using Google’s huge mobile services. This isn’t Google’s first action against apps that are violating Play Store policies and user.  Before, there were apps like Cheetah Mobile and Kika Tech that also got axed for committing ad fraud. Google banned Cheetah Mobile and Kika Tech, which collectively claimed over 700 million monthly active mobile users as a result of their violations. The apps were removed from the Play Store regardless of how active they were and how much money they were making.

About DO Global’s Ad Fraud

DO Global apps owned by Baidu, are starting to disappear from Google’s store for the following reason. Six of DO Global’s apps had a code that made it look like a user was clicking on advertisements even when they weren’t using the app. The code was designed to fraudulently click on ads, which could drain users’ batteries and run-up data. The apps carried generic names like Total Cleaner and Selfie Camera and purposely hid the fact DO Global is their owner. Most of these apps displayed that they were developed by “Pic Tools Group (Photo Editor& Photo Grid&Collage”. Concealing information as vital as this is considered a violation of the Play Store policy.

Google took the ban a bit further by closing the company’s ad inventory for purchase. DO Globa’s apps “no longer offer ad inventory for purchase via Google’s AdMob network, suggesting the ban has also been extended to the internet giant’s ad products.” While we lack official statements or comments on Google’s behalf, but according to a reliable source, we know that Google will not go easy on DO Global. As a matter of fact, it will continue to remove DO Global’s app aiming to ban it overall. When it comes to violations and malicious behavior, Google shows no mercy. Even if that means removing the apps in which the developers rely on for money making.

DO Global owns 100 apps in the Play Store with more than 250 million monthly active users, and 600 million installs. After everything that has happened, DO Global released a statement to apologize for the violations their apps have made. Looking back the global mobile advertising platform has acquired over 600 million downloads in the Play Store. It was given the boot regardless of how successful it was.

This is what DO global had to say after getting axed by Google:

“We fully understand the seriousness of the allegations. Therefore, after reading the reports about our apps, we immediately conducted an internal investigation on this matter. We regret to find irregularities in some of our products’ use of AdMob advertisements. Given this, we fully understand and accept Google’s decision. Moreover, we have actively cooperated with them by doing a thorough examination of every app involved.”

There are many apps on the Google Play store that you cannot access due to physical limitations. To ensure all possibilities when going through the store, we advise you to make use of a tool that will enhance your online experience. Google Play Store provides Android users with a wide selection of games, movies, music, books, and apps that enable you to do whatever you want on your mobile device. While the store has a lot to offer its users, the content displayed is not the same in every country. Google’s Play store is offered in different versions depending on the country that you’re located in. Meaning there are specific apps and services that are only available to you depending on your geo-location. However, if you use a VPN tool on your Android smartphone or tablet allows you get to do something about your geo-location.

In fact, with a VPN, you can even switch Google Play Store regions and download the apps you want to, even if they are not available in your local Google Play Store. A Virtual Private Network allows you to connect to remote servers, which change your IP address to show the location of the servers instead of your actual one. As a result, you get to view the different regional libraries that the Play store has. You can choose to get apps, music or content that you wouldn’t normally find within your Play store’s regional library. Choose the best VPN for Google Play Store to get the most out of the experience.

ExpressVPN tops the list as one of the best Google Play VPNs. The company has made a name for itself for its robust services and stealth security features. In addition to its excellent reputation, most of that has to do with its friendly customer service. The team is always on call 24/7, making it the best service to deal with especially if you’re a beginner. The offering of about 2000 well-distributed servers, makes this provider a great choice for a provider.

With a large network as such, users get to access whatever overseas online service they wish to. The level of security offered is impeccable, courtesy of their OpenVPN based 256 bit AES encryption. The company also offers up to 3 simultaneous connections on their device. With a VPN app that is available in multiple versions, they shouldn’t even have to worry about compatibility issues if their device is based on the Windows, iOS, Linux or Android platform.  For more information about this provider, there’s an ExpressVPN review you can read to make up your mind. You might want to check out other VPNs listed in the table below.

Google Kicks DO Global to the Curb – Conclusion

Google removed the entire apps from DO Global, the Chinese Android developer from the Play Store for committing ad fraud, and will do so with any other app that follows in their footsteps. We’ll just have to wait to find out how long Google will ban DO Global and what is going to happen next. The Chinese Android developer’s apologies might go in vain because the actions have already been taken. But, who knows, there might be a chance at redemption.