In the year 2011, the people of Egypt were taken by surprise. The government flipped the switch on the Internet and 80 million people got instantly disconnected. Egyptian nationals were protesting in the streets at the time this blackout was enforced. It is believed that the Internet was a major force in galvanizing the people against the government. That is why the Egyptian government first began by blocking domain name servers (DNS). However, this problem was overcome by the people using proxy servers. 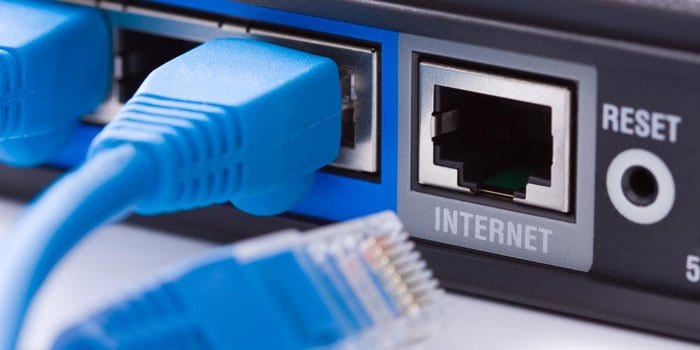 Are You Prepared for An Internet Shut Down?

Consequentially, the government enforced a crackdown on broadband connectivity and issued a mandate for mobile carriers to follow suit.

As a result, the whole nation of Egypt lost all connectivity. But the people were resilient and have found several ways to circumvent the blackout. These days, virtually all governments have a degree of online presence. They might be rallying their supporters through Facebook or promoting their party through other social media.

However, just because they use the Internet does not mean that they will hesitate to ban it if it goes against them. There are several countries that ban free Internet and nobody can tell when they (including your country) ban the Internet for good.

Establishing Your Own Network?

So, it is important to know the ways in which you can make your own connectivity without relying on ISP or mobile Internet services.

The Internet is only useful if other people can get online as well and find you. The best way to overcome uncertainty and unreliability of conventional connectivity channels is using a wireless mesh network. This is basically a wireless network of distributed networking devices with the ability to locate and communicate with one another. So these devices can find each other in absence of active Internet connections.

If you ever had a habit of storing the old modems you used before, then you might just benefit from that habit. When it comes down to basic connectivity, there is nothing better than the old and simple. Things like dial-up Internet and ham radio can still work as these domains of the Internet space are not regulated with that much tenacity.

To counter the effects of the blackout, some organizations began offering dial-up access to the Internet to help agitators go online again. The connectivity was very slow and it was a real challenge getting the actual numbers to make contact, but persistence prevailed. However, once the numbers were known, the rest of the situation was easily handled.

FidoNet was a 1980’s distributed system for networking for bulletin boards. FidoNet can only send basic texts and does not have a decent speed. However, the advantage of using this system is that users can connect asynchronously which means things are harder to track. The second advantage is that any user can play host. This means that the government has no real way of eliminating the network.

Another means of relaying communications would be through the use of Ham Radios. Ham radios were popularly used in Egypt during the blackout as their signals were seldom tracked and were virtually unblockable.

When there is no Internet, anyone with a dial-up connection has a monopoly. Here are some devices that can be used to prepare for the worst-case scenario.

Packet Radio is a broadcasting method that creates elementary long-distance wireless networks. Such networks are then used for transferring texts as well as other forms of messages between computers. So, if there is enough opportunity and need, Packet Radios can be adopted into the ham radio system.

The only problem with this form of communication is that it can be rather slow. Also, not a lot of people know about it. However, this also works in its favor as the government is less likely to look for it.

There is also a lot of technology being explored that needs to be retrofitted to serve these purposes.

Pirate Box by David Dart is a single-step neighborhood network in the shape of a box. It was conceptualized as a file sharing and local P2P tool. However, it would not take a lot of hard effort to convert the tech into an area-wide networking tool. In fact, the pirate boxes could be used effectively to communicate with others who also hold pirate boxes.

Is An Internet Shut Down Possible?

Irrespective of where you are, whether that be in the Middle East, or in the hinterlands of America, you will need Internet. It is one of the few reliable sources of getting in touch with your loved ones. It is also one of the most reliable sources of information we can trust when things around us are in chaos.

Foreseeably, the apps and tools and methods mentioned here would be enough to keep connected to everything you hold dear. This would be the case even if the government was working hard to deter you in any way. Try these services right now and be prepared if the Internet ever goes down in your country.