One thing you hear constantly is how open source software is a boon to technology. It is indeed important because of the way it contributes to the advancement of technical knowledge. It is similar to what science contributes to research. For hundreds of years, general science researchers have been conducting studies in physics, mathematics, biology, etc. in a peer review environment. 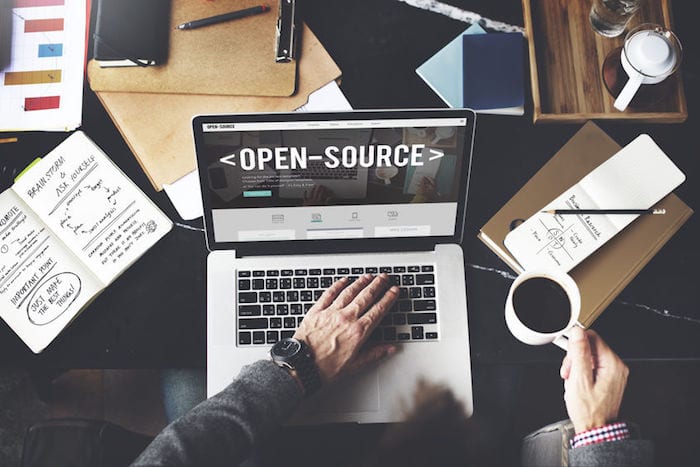 Why Is Open Source Software So Important

This makes the study of science, open source in nature. Knowledge is shared among people so they can get assessments and evaluations on it. Based on these, advancement happens. It may not be perfectly analogous, but open source is a lot similar. The things which are common are the way these tools are shared so as to help create more tools. Open source allows for an existing tool which doesn’t achieve its purpose completely and modify it. Often times, you take a combination of multiple tools and turn them into a totally new one, to get the desired effect. This way, the open environment facilitates the creation of more and more powerful tools.

The main advantage of open source platform is that you can use it free of charge. It is also available for a wider segment of people. Most software programs available on the open source platform allows a larger group to work on it than if the software is a paid one. Open source software has become increasingly reliable as it promotes the creation of dependable and powerful software tools.

Where Do You Find Open Source Software

Open source software everywhere, in all walks of life. But the most common and popular one is the Linux operating system. You would be surprised to know how many platforms depend on Linux, most of which you might be using on a daily basis. Let us dig in further, to understand deeply the impact of open source and how powerful it is.

Majority of substantial servers use Linux OS, for various platforms and services on the internet. For example, have you ever wondered about the technology behind the social media apps and services you log on to daily? Google, Facebook, Pinterest, Wikipedia or several thousands of major websites have undergirded from Linux OS.

The encyclopedic articles, your search results, photographs, or the social networking feeds come from servers running on the operating system called Linux. The websites you browse and the services they provide are based on Linux. However, Linux is not just used on the other end, you have it at your fingertips too.

Android mobile devices work on an operating system based on Linux. Chromebook is a Linux-powered laptop. Smart TVs, airline entertainment, cars, thermostats, etc. have the Linux operating system. Linux is not owned by one entity. If you consider Microsoft’s Windows or Apple’s MacOS, they are developed and held by a bunch of corporations. However, Linux has several thousands of individuals as co-authors. This makes it such a versatile product.

How Is Open Source Software Different From Closed Source

Closed source platform is “proprietary” software. There is a primary author who has exclusive control over it. Though the project or app is shared among an approved team, only the primary author can make changes to it. He alone can inspect, alter, legally copy and distribute the tool or software.

End users have to agree to the terms and conditions specified by the owner, in order to use this tool. Users cannot modify the software or use it in any method other than the intended manner. Closed source software and tools include the well known Microsoft Office suite, Apple iOS for mobiles, and Adobe Photoshop.

By contrast, open source tools can be shared, modified and altered by anyone. Moreover, many open source tools fare equally well or better in comparison to professionally developed closed-source software. For instance, the GIMP app is much better than Photoshop, offering a great open source alternative.

Open source software is said to offer users better security than closed source tools. Here is a lowdown on what makes it more secure:

First and foremost, open source does not offer more security automatically, than closed source. Why experts say it is secure is that with open source code, users can verify whether the security level of the code. You can even get a paid service to verify the code on your behalf. But with closed source tools, users take a leap of faith that the code works properly. There is no way to test the code, whereas open source allows testing.

Anyone can fix the broken code on open source, while the rights to alter the code are reserved to the vendor on closed source. With time, open source projects tend to get more secure people as there are more people on the environment who test the code and modify it. People check the code all the time, especially on major projects like Linux and Firefox.

Is Open Source Software The Only Thing You Should Trust?

For large tasks and for computers, open source applications are the best to use. Open OS or open the web browser to run on desktops and laptop computers is simple and easy. But they are harder to find. But for simpler tasks like messaging, a closed source platform is the way to go.

Consider Signal, an encrypted chat app, for text, video, and voice messaging. It has licensed source code, which is available to all. But it also has proprietary and closed source code that is not currently available. On one hand, it should be preferred to Google Hangouts (a closed service) and other such solutions. But on the other hand, it has closed source code, for making voice calls and such, that cannot be vetted. Any code which the independent programmers cannot test 100 percent and analyze it publicly, should be considered as a red flag.

Hence, it is clear that you must use open source and free software when possible. If that is not the case, take appropriate steps to fully understand the scope and implications of letting an unverifiable source code handle your data.