We’ve all been worried for some time now that China’s strict internet regulations may seem attractive to other regimes and governments. It seems that our fears are warranted. Recently, the government of India is proposing new internet regulations that many are calling “china-like”. Read on for the full story. 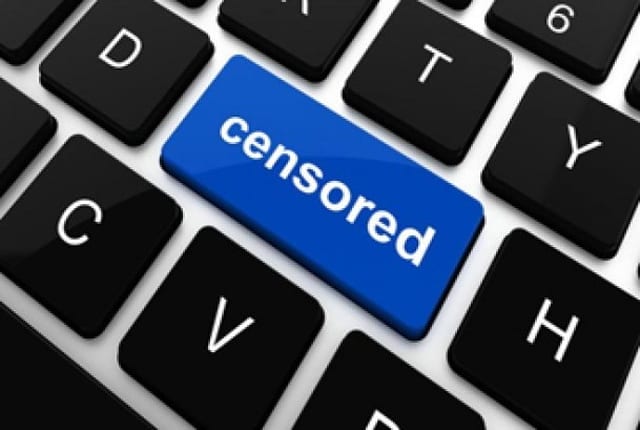 India is about to enact a new internet regulation law called the Information Technology Rules 2018. This law is supposed to replace the rules put into place in 2011. The way the government describes this new law is meant to show that it’s trying to counteract fake news and hold tech companies liable for what’s published through them.

Last year, India had to deal with violent outbreaks throughout the country in response to a fake story about child-trafficking and organ-harvesting rings. By using social media and messaging platforms, this story quickly managed to spread throughout Indian society.

Using this situation as an example, the new law will force platforms to strictly monitor the content being shared and take down anything that goes “against Indian law” within 36 hours, among other conditions.

Free speech activist, on the other hand, are wary of what this law might mean in the future. Apar Gupta, the executive director of the Internet Freedom Foundation, had this to say about the new law:

We believe there are better ways to check misinformation and threats to Indian democracy. These can be achieved as per our fundamental rights guaranteed under the Constitution. These proposals […] are taking India closer to a Chinese model of censorship.

What is the New Law Going to Cover?

According to Gupta, there are four aspects of the law that are incredibly dangerous.

In other words, a conversation surrounding how the Indian internet will soon be does not take the Indian people’s opinions into consideration. No activists, security researchers, or even regular Indian citizens have any affect on this law at all.

Would it make a difference if they did? Yes. It most definily will. Free speech activists have been calling out this law as just another form of cencorship every since Prime Minister Mondi announced it.

Part of the law expects tech companies to trace fake news back to their original creater. The thing is, this part of the law isn’t limited to social media platforms only. Messaging apps like Whatsapp and Telegram will have to break their end-to-end encryptions in order to trace any bit of news. Part of the reason why many people use these apps is because of that encryption.

While, again, the government claims this is a step to combate disinformation, activists see something way more sinister instead. With this law, the government will be able to increase its survaillance on its citizens. It will be able to access their private messages and communications, which can be very dangerous for journalists, activists, and oppositional groups in India.

One of the drafts propossed in India’s new internet regulations “increases the data retention period from 90 to 180 days and provides for further retention on the discretion of ‘government agencies’.

Gupta points out one very important issue here, the fact that the term “government agencies” isn’t defined in the law. In other words, any governmental department will be able to force private platforms to store a user’s data perminantly. This is detremental for activists, journalists, or anyone that disagrees with the current government.

Gupta deems this point “the most dangerous” and says that it’s “a sledgehammer to free speech online.”

Since the government will force platform to hold responsibility for content posted by users, these platforms will obviously have to take drastic measures to comply with the new law. One of these measures Gupta expects to see is the use of artificial intelligence to regulate the content posted online. While AI has come a long way in recent years, this kind of technology is still very faulty. It’s also the exact technology  that China uses to censor free speech online. This will result in “widespread takedowns without any legal process or natural justice.”

Until this law comes to pass, we don’t really know the full affects of it. However, there is a way for you to make sure that you’re secure your data and your traffic. Using a VPN, you can make sure that no one can monitor your internet, not even the government.

Short for “Virtual Private Network”, a VPN is a cybersecurity tool that has two basic functions:

VPNs use military-grade encryptions on all of your data, meaning that no one will be able to hack into your internet and steal it. Additionally, when they re-route your traffic, they use their own private servers to do that. This means that you no longer rely on the servers provided by your ISP.

Also, since the re-routing happens through a secure and private tunnel, it basically prevents anyone from accessing your connection and seeing what you’re doing online. To add to all of that, a VPN will also change you public IP address, giving you a level of anonymity online.

I’ve written an article on whether VPNs are legal in India or not, and while I’m not sure what this law would change in that regard, they still are for now.

By using a VPN, you’ll be able to make sure that no one can monitor or surveill your connection. However, this doesn’t mean that what you post on social media or online platforms won’t be problematic. Use a VPN, but do practice smart online habits as well. Also, make sure that your VPN has a strict zero-logs policy and doesn’t offer anyone a backdoor into your data. Try ExpressVPN, which is known worldwide for being 100% zero-logs and has enough resources to continuously bypass government censorship.

India is one step closer to enforcing internet regulations similar to the ones that China uses. This is a huge problem as it directly breaks several regulations regarding freedom of speech online. Additionally, forcing publishers to hold responsibility for the content users post is a big step towards impossing strict online censorships, and a huge step back from the idea of freedom of speech and the free marketplace of ideas.