Cryptocurrencies are an amazing new investment option that is gaining ground all over the world. Despite a few setbacks and hacking events, the market is surging stronger than ever and more and more people and institutions are beginning to see cryptocurrencies as a viable investment option. However, the biggest questions lingering over the entire market are all about security and anonymity. Naturally, before investing their hard-earned dollars into a cryptocurrency like Bitcoin, people want to know if it is safe to do so. Is Bitcoin safe and legal to use? 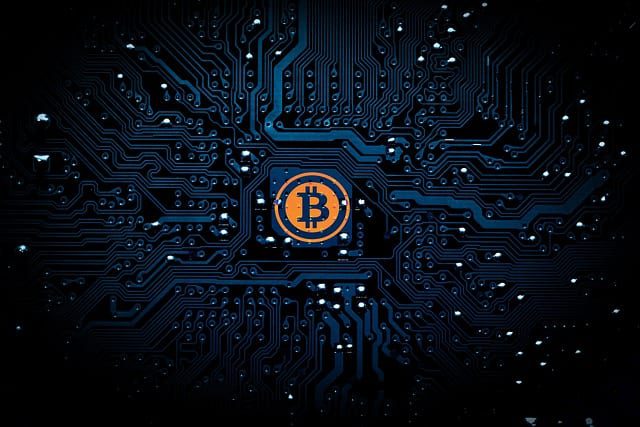 Is Bitcoin Safe and Legal to Use?

Is Bitcoin Safe and Legal to Use?

Since Bitcoin is based on the Blockchain, which is visible to anyone who chooses to make use of a Bitcoin software, is there a way to truly remain anonymous while transacting through this popular cryptocurrency?

To answer these two questions, we must first understand how traditional systems of investment and payment work. So let’s dive in.

When you think of a banking concern, you probably think about a centralized institution with various branches of the city, state, country, or world, right? Bitcoin’s exactly the opposite of that. Traditional banks, lending institutions, and other financial enterprises require you to have all the requisite paperwork to qualify for their services.

For using Bitcoin, however, all you really need is an e-wallet. Then, you can use your credit card to exchange your fiat money for Bitcoins. There is no need for a name, phone, address, email id or even an internet connection to be able to use Bitcoins. That is why, for people who want to make payments anonymously, Bitcoin is a far better and safer option than traditional mediums.

A common misconception about the Blockchain is that it lets you see who owns how much. This presumption is only half true. While you can definitely see which wallet contains how much money, there is no real way of knowing who owns the wallet and where they are located.

You could argue that if a Bitcoin user makes use of an internet connection, they can be tracked with relative ease. However, the truth is that since the Bitcoin software does not require you to have an active internet connection, any user can choose to remain untraceable.

There is, however, one problem with Bitcoin and that is that once a payment is conducted, both the sender and the receiver are able to know the e-wallet addresses of each other. In essence, when you transact, you are unmasked and your identity is revealed. Thus, Bitcoin is not an absolutely anonymous transaction system. But we can all agree it is far more secure and anonymous than most traditional investment and transaction mediums.

For those concerned with remaining anonymous for whatever reason, there are a number of ways to become untraceable. They are:

Let’s look at each of these in greater detail so you know how you can use them to remain practically anonymous.

Altcoins are any other cryptocurrency which is considered a popular substitute for Bitcoin. You can invest in such coins through your Bitcoin purchases and by doing so, make it significantly harder for people to trace you. You can also trade back your altcoins for Bitcoins, complicating the process further for any snoopers.

Keep in mind that you must choose only popular Bitcoin substitutes that are widespread enough to not stand out from other transactions. If you can, go for an altcoin which is especially serious about the privacy of its users. Also, it is best to transact in varying, preferably smaller amounts to further conceal your trading activities.

Mixers are the second best option for Bitcoin anonymity because they basically involve trading the same amount of Bitcoins between any two wallets. Since the quantity of Bitcoins remains the same but their online trace gets changed, it is hard to know who has used a mixer, even for the two parties involved in it.

The only problem with this method is that this facility is mostly provided by centralized service providers. But if you know your tech a little bit, atomic swaps and other crypto tools can be used for the same purpose.

These are basically a melting pot of Bitcoins and other cryptocurrencies. People pool their investments and take back the same amount, only with different source codes for each coin sent and taken back. Thus, this is a more scrambling way of anonymizing your Bitcoins. The one drawback with Joinmarkets is that they only work with the big boys or popular cryptocurrencies that are considered worthy of being mentioned in the same breath as Bitcoin itself.

How to Use Bitcoins Safely?

So now you know some important anonymization techniques. Now, we can address how to secure your wallet against government spying, hackers, and other online threats you should beware of:

You might already have two bank accounts. So, you should do the same with your Bitcoins wallets. Make at least two and designate the use for each.

Bitcoin has its own security systems and they are updated regularly. Make sure you have the latest version to provide some basic level of security.

This might not be the Fort Knox solution, but it can be indispensable. Get a two-factor authentication setup. You will either get a unique code or have a biometric id like a fingerprint.

This one works for anonymity as much as security. If you use new source keys, then it would literally be hard as hell to trace you, much less breach your wallet’s security.

VPNs provide some of the most robust security measures available on the internet today. Get one of the better-paid ones and keep your Bitcoin investments safe and anonymous. For an in-depth review of the best VPNs you can use when making online payment with Bitcoin or other cryptocurrencies, check out this review.

Is Bitcoin Legal to Use?

It’s difficult to crack down on people who trade in Bitcoin because of its anonymous nature. People can trade and deal in this cryptocurrency without revealing their information. The maximum control a government can exercise is not allowing people to use Bitcoins in purchasing things online. China just made all virtual currency illegal which means you cannot trade Bitcoin openly in China.

Russia on the other hand has legalized Bitcoin. They are also attempting to regulate Bitcoin mining. Whether it is legal to use Bitcoin or not varies from country to country, but generally speaking, you should not get into any legal trouble for purchasing, selling, and investing in Bitcoin.

Is Bitcoin Safe and Legal to Use? – Final Thoughts

Bitcoin as an investment and transaction medium can yield huge benefits, but you have to know how to use it. With all the info we have given above and proper use of the same, you can truly become anonymous and enjoy the wonders of safe Bitcoin transacting without worry.