How to listen to 8Tracks outside USA or Canada? 8tracks.com is an internet radio and social networking website revolving around the concept of streaming user-curated playlists consisting of at least 8 tracks. Users create free accounts and can either browse the site and listen to other user-created mixes, and/or they can create their own mixes. Unfortunately for music fans, 8Tracks is no longer available internationaly. However, there is a way to bypass these geo-restrictions and unblock 8Tracks in UK, Australia, Germany and the rest of the world. Read the guide below for more info on how to unblock 8Tracks outside USA with VPN. 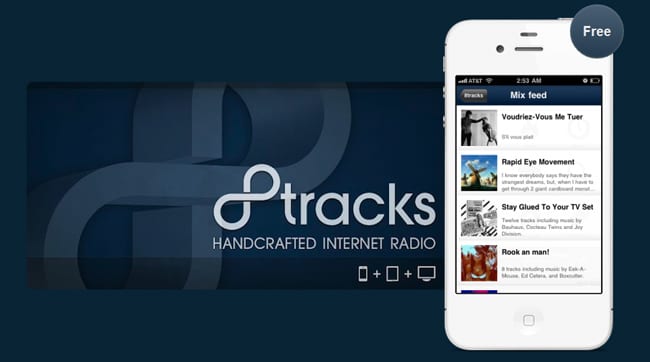 How to Unblock 8Tracks outside USA

How to Listen to 8Tracks outside US with VPN

In February 2016,  8Tracks announced a change in their international streaming. Users from outside the US and Canada can no longer stream music from 8tracks.com directly. Instead, 8Tracks users in UK, Australia, and elsewhere abroad are now presented with the following geo-error.

“Sorry, 8Tracks Plus is only available to users in the United States and Canada at this time.”

So how might music lovers outside these two countries get their daily music fix you might ask? The answer is VPN. A virtual private network aka VPN allows you to hide your location online and subsequently access apps and websites that would usually not be available in your region. Here’s how you can use VPN to unblock 8Tracks overseas.

Given that they’re tried and tested, we suggest signing up with a VPN service like ExpressVPN and then use their app to connect to an American VPN server. Here are the best VPNs you can use to listen to 8Tracks outside USA.

How to Unblock 8Tracks outside USA – Wrap Up

So that’s all there is to it. Sign up with a VPN service provider. Connect to an American VPN server and listen to your favorite tunes on 8Tracks anywhere in the world. Have you tried any of the VPNs we’ve suggested above with 8Tracks? If so, share your experience with us below.