Roku has great American channels. All Rokus support the same US channels from Roku 1, Roku 2, Roku 3 and the Roku Streaming Stick. The problem is that if you are outside the USA  simply as a Roku fan, or an expat working overseas. You cant even add American channels and apps to your Roku “Netflix, Hulu Plus, ABC, MLB, NHL, HBO“. And even if you bring the Roku device from the USA with American channels loaded. The channels will still not work. In this simple guide, I will show you to to get and American Roku account, how to bypass location restrictions and unblock/add  American channels on Roku. This guide has been tested in Canada, UK, Germany, Dubai, and France, it should, however, work anywhere outside the USA. 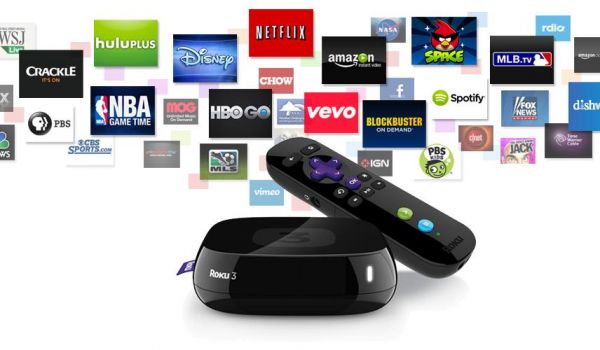 Unblock American Channels and Apps on your Roku

Below you can find a list of the most popular American channels you can find on Roku. There are many more though.

In order to get American channels on Roku you need to appear to be coming from the USA both as an account holder, and as a streaming device. So what you need to do is the following :

Get American Channels on Roku – The VPN Way

VPN stands for Virtual Private Tunnel, using a VPN will allow you to set your traffic to be coming all from the USA or otherwise, based on your VPN server. A few notes about VPN are listed below :

Below is a list of VPN providers, tested and assessed based on speed, reliability and support quality.

However, not all devices are supported by VPN “Smart TV, Apple TV are two popular devices that don’t support VPN”.  If you are trying to get those devices to work. See the below.

Get American Channels on Roku – The DNS Way

Smart DNS Proxies are a different kind of technology. They do not encrypt your traffic, nor do they re-route all traffic. Smart DNS Providers “at least the good ones” apply a smart logic to only re-route the relevant geolocation aware chunks of your traffic.  A few notes about Smart DNS can be seen below:

If you want to give Smart DNS a try. Sign up for a free 7 day trial at Unlocator. Set up your router and enjoy. I did also write a comparison of Unlocator vs Other Smart DNS providers.

How to Get American Channels on Roku outside USA

So in short, by now you should have a pretty good idea how to get an American Roku Account and how to Install American Channels on your Roku using either VPN or Smart DNS. For questions and comments please use the input boxes below. Enjoy!