Some of you who are located in a place outside the UK lack the basic requirements for watching the first season of Wild Bill. The fact that you are not residing within the British borders makes you ineligible to stream the British series. That’s going to change once you learn how to incorporate a VPN and Smart DNS in your daily online activities. The following article will cover the process in which you get to watch Wild Bill Season 1 online using a VPN and Smart DNS. 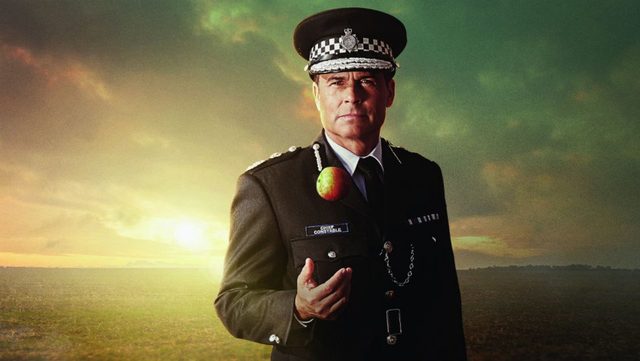 We have got great news for all of you who can’t wait to watch Rob Lowe in action and listen to his smart-talking voice. One quick look at this article, and you’ll realize that you have all that you need to unblock Will Bill’s streaming channel and stream its crime drama series outside its country of origin. We’ll walk you through the steps of how to use both a VPN and Smart DNS when unblocking content. You’ll also find everything you need to know about Wild Bill in the following article.

When the discussion of TV series surfaces, it comes to mind that many viewers are deprived of watching specific content due to geo-restrictions. You know how it is with geo-restricted content. Content providers are obliged to limit access to their services based on strict licensing agreements. Plus, the possibility of running into copyright infringements and issues prohibit international access. If a country is desperate to stream a show or add a channel from abroad, it must buy rights to showing it to its own people. Other than that, accessing content from abroad is quite impossible.

One effective way to bypassing these restrictions and gaining access to streaming services abroad is by applying a VPN service provider.

A VPN is a cybersecurity tool that creates this private tunnel which connected users get to access the internet.

In other words, the VPN provides safe internet access for online users thanks to the private tunnel of its creation. In that very tunnel is where users’ data get encrypted. Their traffic becomes untouchable by third parties such as hackers and cybercriminals. That’s not all there is to a VPN. This tool connects users’ devices to its servers (of their choosing). As a result, all of their traffic gets rerouted through those servers making them appear in the same place as the servers’ location. Consequently, you get to access all of the content in the country where the server you are connected to is located.

Unblock ITV with a VPN – Steps

Rob Lowe takes on the role of an ex-U.S. police chief who works at the rural Lincolnshire police force. This culture-clash comedy is set to premiere on Wednesday 12th June at 9 pm on ITV. Here are the steps you need to follow should you not want to miss out on the first episode.

Look no further than ExpressVPN for a decent service provider. Don’t waste your time looking for VPNs, subscribe to ExpressVPN, and you get one step closer to happy online streaming.

Now that you have secured a VPN subscription, download and install the VPN application required of you on your streaming device. A good VPN like ExpressVPN has to offer device compatibility for convenience and flexibility.

Launch the VPN application and sign in using your VPN account. You’ll either find navigating through the app easily or overwhelming depending on the company’s interface and design. Most VPN companies, however, work on creating user-friendly apps.

From the many server locations, connect to a server in the US to gain an American IP address. With that IP, you are virtually seen as a US local capable of accessing US-based content. 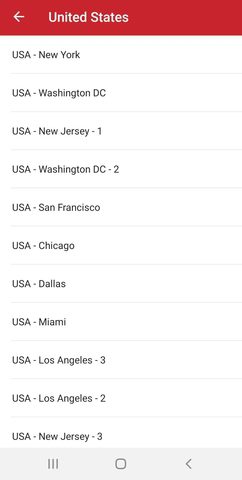 Begin streaming Wild Bill’s first season outside the UK on any device once you hit the connect button. 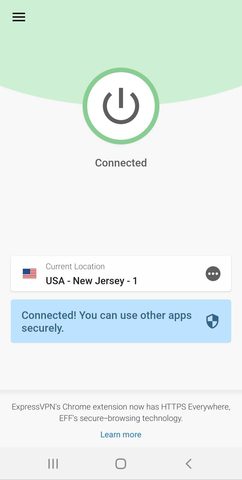 What is the Best VPN for Wild Bill?

We highly recommend that you make use of ExpressVPN’s services for the best streaming results. This provider hasn’t disappointed before, it sure won’t disappoint now. It’s been in the business for a long time, and the company owners know what is it that the customer wants. ExpressVPN is definitely a full-featured VPN that combines all the basic VPN requirements. Security, privacy, and anonymity are all ensured with an ExpressVPN connection. If you’re looking for other providers, you might want to check out the ones below.

Remember how we said a VPN is an effective way to unblock content overseas? Well, a Smart DNS can perform the same duties but with different measures. By that we mean, in brief, a Smart DNS is not all that secure. It does not encrypt users’ data as a VPN does, and it doesn’t change their IP addresses either. This makes this little piece of technology less of a secure option. But, that doesn’t necessarily mean that its unblocking capabilities are not in full force. With a Smart DNS subscription, you get to gain access to content in a much faster manner than the usual VPN. This is because a Smart DNS skips the encryption process which slows down the unblocking process. Nevertheless, you should give a Smart DNS a try.

The reason why I am suggesting Unlocator is because it’s one of the most effective proxies I have tried out so far. With this provider, you get to bid geo-blocking a farewell as you embark on a new unrestricted and free online browsing journey regardless of your geo-location. Once I subscribed to Unlocator, I was able to access all of the channels that were initially blocked.

The series tells the story of a U.S. Marshal and his deputy who fight crime in the Old West. The U.S. Marshal James Butler, aka Wild Bill Hickok, is sent to achieve a mission with his sidekick Jingles during the Civil War. Get a look at the name of the thirteen episodes of the first season of Wild Bill.

US police officer Bill Hixon arrives in Boston, Lincolnshire with the company of his 14-year-old daughter Kelsey. His attempt to escape his painful past is deemed unuseful when an apathetic community gives him furiously to think. Bill begins to doubt himself, wondering whether coming the Boston was the right thing to do. Does Boston need Bill? Or is it that Bill needs Boston?

The Cast of Wild Bill

The following stars will take part in the first season of ITV’s Wild Bild.

Are you looking for a sneak peek of what’s to come? Knock yourselves out with this Wild Bill trailer. The video content of this trailer is unavailable to those who are located outside the UK. You already know by now that you need a VPN connection to watch Wild Bill abroad. Similarly, you require a secure VPN connection to stream the show’s trailer. We’ll provide you with the link anyway.

Eventually, Bill takes becomes chief constable of the East Lincolnshire police force. You can follow his journey in this position throughout the thirteen episodes of the first season. While there has been no confirmation as to whether or not there will be a second season, it’s unlikely that 13 episodes will do the series’ plot justice.

Whether you’re rooting for renewal or you’re satisfied with just one take, as long as you can subscribe to ExpressVPN, you should be down with whatever.