September is just around the corner, which could only mean one thing; American Horror Story: Apocalypse. 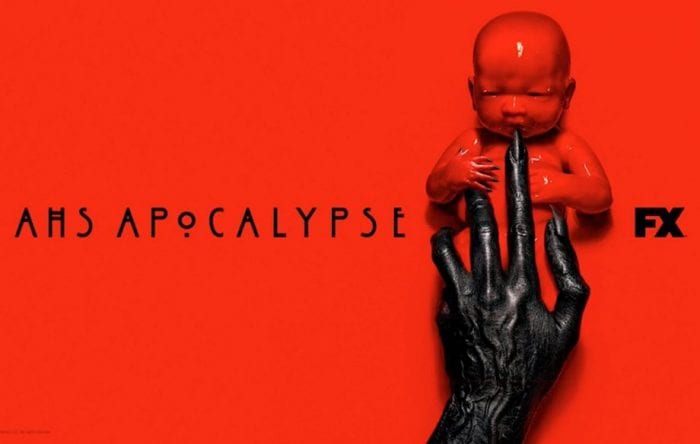 If you’re like me and have been an avid fan since Murder House, this season is pretty darn exciting! As most fans know, AHS will have a season that’s a cross-over between Murder House and Coven. Creator Ryan Murphy has confirmed that the long-awaited cross-over will be AHS season 8! For the non-American fans of the horror anthology, here’s the scoop on how to watch American Horror Story: Apocalypse live outside of the US.

How to Watch American Horror Story: Apocalypse with a VPN

AHS season 8 will be aired on FX, which means that non-US viewers can’t get direct access to the show when it first comes out. Why? Because FX is regionally blocked outside of the US. With a VPN, you can unblock FX and stream American Horror Story season 8 online anywhere in the world by getting a US public IP. Here’s how to watch AHS season 8 as it’s released in the US with a VPN:

For a VPN service provider with fast and optimized American servers, I’d suggest ExpressVPN. You can learn all you need to know about the number 1 VPN provider here. ExpressVPN has a 30-day money-back guarantee, so you can test it out before deciding to commit to it.

If ExpressVPN doesn’t float your boat, you can test out any of these top-tier VPN providers to unblock American Horror Story S8:

If you’re not interested in the added security provided by a VPN, or simply don’t want to change your IP, you can use a Smart DNS instead. A Smart DNS won’t change your IP address or ask you to connect to a server, instead, it simply unblocks a list of channels simultaneously. To watch American Horror Story: Apocalypse with a Smart DNS proxy, here’s what you need to do:

For a Smart DNS that unblocks FX, I suggest using Unlocator. Not only does Unlocator unblock over 200 channels, it also has handy setup guides for those of us that aren’t so tech-savvy. You can try out Unlocator for 7 days free of charge before you commit to this awesome Smart DNS service.

American Horror Story: Apocalypse – What We Know So Far

As you may know, information leading up to a new American Horror Story season is always scarce. What we know for sure is that American Horror Story: Apocalypse is a crossover between Coven (Season 3) and Murder House (Season 1). We also know that the season 8 “begins with the end of the world”, which is a little confusing seeing as AHS has been renewed for Season 10.

Let me explain, the Show’s executive producer, Alexis Martin Woodall, said at the Television Critics Association that “the story begins with the end of the world, and then our world begins. It starts in the real world.” Seeing as the subtitle of this year’s American Horror Story is Apocalypse, you can bet that the producers of the show have set up one hell of a ride for their viewers.

All About the Cast – Who’s Coming Back?

Perhaps the biggest news of all is the return of our favorite actors/actresses (JESSICA LANGE!!!) to reprise their roles from Coven and Murder House. Here are the actors of season 1 and 3 we know are returning to the AHS universe:

In April, Ryan Murphy told fans that AHS Season 8 will be set “18 months from today”, so October 2019. He urged Fans to look up what would be happening around that time, and a lot of theorists have noted that October 6, 2019, is the 58th anniversary of JFK’s speech urging Americans to build nuclear bomb shelters, and have alluded to a nuclear end-of-the-world situation.

This theory was a lot more accepted when fans thought that Season 8 would be subtitled “Radioactive”, although with an apocalypse looming throughout the new season, the theory may still hold true.

American Horror Story: Apocalypse is set to be released on September 12, 2018, in the US and 2 weeks after that in the UK. While there is no confirmed episode count yet, but based on the previous seasons it could be anything from 10 to 13 episodes. So far, only 2 episode titles have been released: