Ladies and gentlemen, boys and girls, the Doctor is coming back! Fans of the BBC’s mega-hit show Doctor Who are anxiously waiting for the new season to come out, and we don’t have to wait much longer! Moving away from its usual Saturday night spot, Doctor Who S11 is gracing our screens on Sunday, October 7th. Well…not all of our screens. As you may know, BBC and BBC iPlayer are only available in the UK. If you don’t want to risk seeing any spoilers before the Doctor reaches your local cable provider, here’s an article on how to watch Doctor Who S11 online at the same time as the UK on your PC, Mac, Android, iOS, PS4, Xbox, FireStick, Smart TV, Apple TV, or Roku. 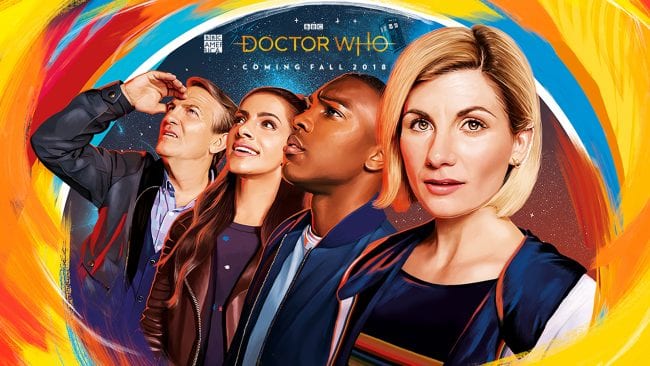 How To Watch Doctor Who S11 Online Live

If you live outside of the UK, it’s going to be a little difficult for you to catch Doctor Who S11 when it first airs. US citizens can rest assured knowing that the show will be aired on October 7th on BBC America, but the rest of the world isn’t so lucky.

This means that if you want to watch Doctor Who before the internet gets flooded with spoilers, you’re going to need a way to unblock BBC and BBC iPlayer. The fastest and easiest way for you to do that is to use a VPN. VPNs re-route your traffic through a secure tunnel on their own servers. When this happens, your public IP changes to match the location of the server you used. All you need to do is use a UK server and you’re all set!

Before we get into which VPN you should be using to unblock BBC and BBC iPlayer, let’s talk about why the BBC restricts access to its content outside of the UK. The BBC itself tackles this with the message it shows on a blocked video:

“BBC iPlayer only works in the UK. Sorry, it’s due to rights issues.“

They’re not pulling your leg with this, international copyrights is a difficult thing to get. Most channels and entertainment providers will only have the rights to show particular content in a specific region. BBC has the rights to certain programs in the UK. That doesn’t mean that it has the rights for the same programs outside of the UK. For the foreseeable future, international copyright laws will always be a contingency for cord-cutters.

It doesn’t end here though, at least not with the BBC. You might have heard that Netflix has cracked down on VPNs recently, blocking all proxies from accessing its content. The BBC is roughly the same. Not all VPNs will be able to unblock the BBC and BBC iPlayer for you, but you can check out our list of best VPNs for BBC iPlayer to find the ones that do.

The VPN Guru does suggest that you use ExpressVPN as your VPN provider for unblocking the BBC. ExpressVPN has enough resources to still be able to unblock US Netflix and the same can be said about the BBC. You can read all about the great features of ExpressVPN in this full review.

You can also check out these VPN providers in case ExpressVPN isn’t the provider for you:

How to Unblock Doctor Who S11 outside the UK?

Now that you know which VPN you should be using to unblock BBC iPlayer, let’s talk about how you can watch Doctor Who online at the same time as the UK. Here’s what you have to do:

Ok, ready for the exciting part?

The 11th Doctor is female!

Oh, the inhumanity! No, I’m kidding. Any fan of the show will know that the premise of the show has nothing to do with the Doctor’s gender, and it’s about time that the show creators understood that. The incredible actress, Jodie Whittaker, made her debut Doctor appearance in last season’s Chrismas special, taking the reigns from Capaldi and promising us a new and interesting take on the alien Time Lord we’ve all grown to adore.

Continuing with their season of firsts, Steven Moffat will not be the showrunner for Doctor Who Season 11. Chris Chibnall, creator and writer of Broadchurch, will be taking the lead on what he promises to be a new and exciting journey. Oh, did I mention we’re getting a whole new team of companions too? Talk about change!

As usual, not much is known about the plot of the upcoming season, although there is a rumor flying around that we might not see the Daleks anymore. Fans of the show are used to the element of surprise, and I personally am excited to see what these changes will add to a show that’s been around for over 50 years.

Watch Doctor Who Season 11 Outside of the UK – Final Thoughts

And there you have it, how to watch Doctor Who S11 online at the same time as the UK. By using a VPN, you’re not only getting access to content from all over the world, you’re also securing your internet connection and making sure that all your information remains private. Tell me what you think about the new Doctor in the comments section, I’d love to get your take on what’s to come!