How to stream the EuroLeague Final Four 2019 live online in UK, Russia, Turkey, Germany, France, USA, and the rest of the world. The final four teams left in Europe’s prime basketball competition are CSKA Moscow, Fenerbahçe, Anadolu, and Real Madrid. The semi-final games will take place on Friday, May 17th, 2019 at the Fernando Buesa Arena in Vitoria-Gasteiz, Spain. In the tutorial below, you can find information on how to watch the EuroLeague Final Four 2019 on Apple TV, Roku, PS4, Xbox One, Android, FireStick, PC, Mac, iPhone, and iPad. 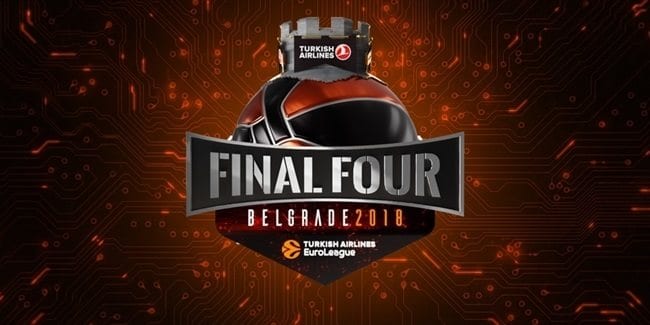 Here’s a list of all major TV channels that will broadcast the Euroleague Final Four games live online around the world.

*Not available in UK, Ireland, or Italy.

How to Watch EuroLeague Final Four 2019 Online with VPN

If you wish to watch Euroleague on Eurosport outside the UK for example, you will get a geo-error that states that the live feed is only available for residents of the UK. In order to bypass that geographic error, you have to spoof your online location i.e. trick Sky Sports, or other Euroleague streaming channels, that you are located in a country where the channel is not geo-blocked. This can be done in two ways. The first is a VPN. VPN basically allows you to change your public IP address and retain an IP address from a different country.

Here’s how you can watch the 2019 EuroLeague Final Four:

If you are searching for a VPN provider with VPN server all over the world, give ExpressVPN a try. Their 30-day money back refund policy means that you can always get your money back if you are not overly-satisfied with their service. Keep in mind that there are other VPN providers who will also allow you to stream the EuroLeague Final Four 2019 live online.

Bypassing geographic restrictions can also be achieved by using Smart DNS proxy. The difference here is that no all your traffic is rerouted. Your IP address also does not change when using Smart DNS. Whether you can unblock a certain channel while using Smart DNS depends on whether the Smart DNS proxy service you are subscribed to supports that channel or not.

Unlocator is a Smart DNS proxy service that supports unblocking BeIN Sports, Sky Sports, BT Sport, as well as SuperSport. A free 7-day trial period means that you can test their service risk-free. If you have never setup Smart DNS on your streaming device before, make sure you check these manuals and setup tutorials.

Out with the playoffs and in with the Final Four. This year’s semi-finals have a familiar look with three teams returning from last season’s event. Not only that, but the past winners of the Euroleague are going to battle it out for the trophy at Fernando Buesa Arena. This will be CSKA Moscow’s eighth straight appearance and 19th overall in the Final Four.

As for Fenerbahce Beko Istanbul, this will be their 5th consecutive participation in the semi-finals. Defending champion Real Madrid will play the Final Four for the sixth time in seven seasons. And finally, we have Anadolu Efes Istanbul, which will be making its first Final Four since 2001.

Both semi-finals will take place on May 17th at the Fernando Buesa Arena. Here’s how it goes down:

The winners of these two matches will head over to headline the final of the tournament on May 19th. However, there’s still a match that determines the 3rd and 4th place which will take place on May 19th as well.

How to Watch EuroLeague Final Four 2019 Live Online – Wrap Up

In Semifinal B, Fenerbahce is clear favorites and are expected to reach the Final again this year unless Anadolu Efes does something about it. CSKA Moscow will battle it out with Real Madrid for the second spot in the EuroLeague Final 2019. Which two teams do you think will make it to the final? Share your predictions in the comment section below.