Do you live outside the US and you want to watch Survivor David vs. Goliath Live Online but you can’t? Well, one thing is for sure. You’re a survivor alright. The real question here should be: How did you survive this long without a VPN service provider? If you’ve heard about a VPN, you wouldn’t be on the Internet looking for ways to get access to streaming channels that are unavailable in your country. You would have known that a VPN can bypass geo-restrictions of all kinds on worldwide content and grant you access to whatever you want no matter where you are. Learn here how you can watch Survivor Season 37 live online with a VPN on any device PC, Mac, iPhone, iPad, Smart TV, Apple TV, and Roku. 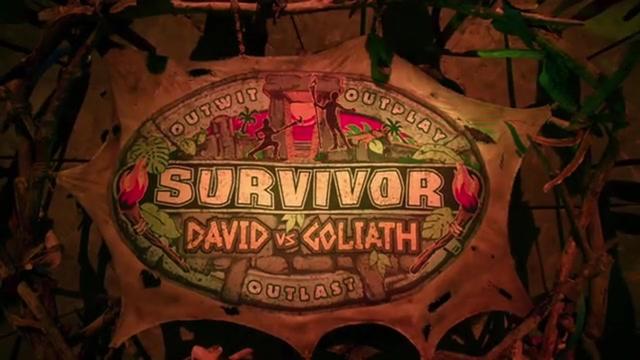 How to Watch Survivor- David vs. Goliath Live Online

How to Watch Survivor: David vs. Goliath Live Online Using a VPN

A VPN connects your device to one of its servers located in the country of your choosing. Your connection is rerouted through that server, granting you the IP of the country where the server you connected to is located. As a result, you’ll be able to access all of that country’s content as if you are residing there. Here’s what you need to do to watch Survivor: David vs. Goliath Live Online on CBS with a VPN:

ExpressVPN is a well-known leader in the VPN market. This provider ensures reliable connections and ultra-fast VPN access across 94 countries. With ExpressVPN, you will not only unblock CBS but also other channels and services no matter where you are in the world. For more information on other service providers, make sure you have a look at the table below.

The anticipation for Survivor: David vs. Goliath is building up nicely. CBS has announced their 2018-2019 fall television debut schedule, revealing that Survivor: David vs. Goliath will begin on Wednesday, September 26 from 8 p.m. ET to 9:30 p.m. ET. This 37th season of the reality show has recently wrapped filming in Fiji and will debut in September. The main theme behind this season is pitting competitors who are perceived as underdogs against those who have apparently risen to the top of their various industries.

Jeff Probst, the host had this to say about David vs. Goliath: “Like most of our casting theme ideas, it comes when Mark, me, the producers, and CBS begin the casting process. Usually, we don’t really have an idea at first and we just start to see what’s there and we typically [figure out the theme] the month before. But we just never got to it this season. And then I remember a day when this guy Christian came in, and he told us his story which was that he was always a bit of a nerd when he was a kid, and he had to overcome social awkwardness his entire life. He was picked on, and you can see it in how he carries himself, his body language — it’s almost like he has to get permission before he speaks.”

We’ll finally see some of what’s in store this season on Survivor because we have our VPNs ready, and we don’t need to worry about geo-restrictions. With a VPN, we can stream Survivor’s 37th season from any place in the world. And that my friends is how you survive geo-restrictions and blockades.