How to stream Who Is America? live online in USA, UK, Canada, Australia, and the rest of the world? Showtime is set to premiere a new satirical TV series featuring comedian Sacha Baron Cohen. Who Is America’s first episode will air on Sunday, July 15th, 2018 at 10 PM ET. In the series, a disguised Cohen will conduct interview’s with a variety of individuals, “from the infamous to the unknown across the political and cultural spectrum.” There’s no doubt that like Cohen’s previous work, the new show will raise some eyebrows. If you’re interested in finding out how to watch Who Is America on PC, Mac, Android, FireStick, Apple TV, or Roku, read the guide below. 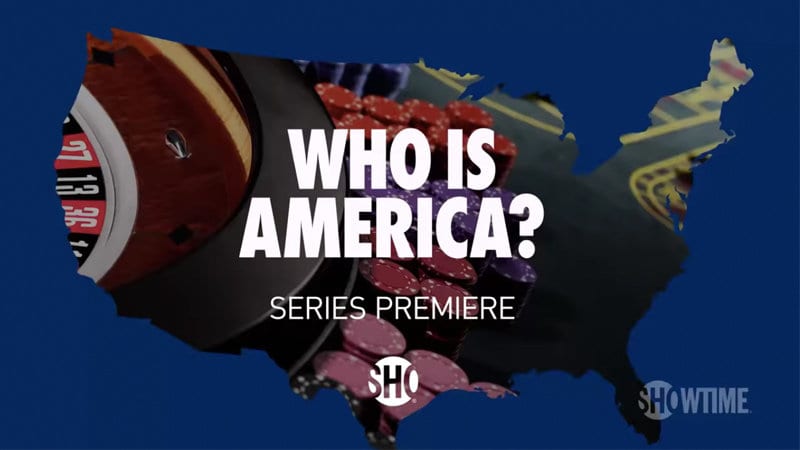 How to Watch Who Is America? Live Stream Online

Who Is America Streaming Channels

How to Watch Who Is America? outside the USA?

In the United States, you can watch Who Is America live online via Showtime Anytime which requires a cable subscription. In case you don’t own one, you can sign up with Showtime instead. Showtime is a stand-alone streaming service. Both Showtime versions, however, are geoblocked abroad. That means American expats living in the UK, Canada, or Australia, will not be able to stream Cohen’s latest series due to regional restrictions. To bypass these geographic restrictions, you have to hide your location from Showtime. This can be done using a virtual private network (VPN).

Keep in mind that signing up with a VPN service provider doesn’t eliminate the need for a Showtime account. In terms of best VPNs for Showtime, ExpressVPN is our recommended choice. There are plenty of other VPN services you can use for the same purpose, however.

Who Is America Teaser

Who Is America? What We Know So Far

Due to the secrecy surrounding Who Is America, only a few details have been revealed so far. Showtime will air 7 episodes of the new series. 2008 GOP vice presidential nominee Sarah Palin and former Vice President Dick Cheney were both interviewed by Cohen during the shooting of Who Is America? It has also been reported that he has interviewed O.J. Simpson earlier this year. All in all, it does seem that the prank/interview show will be similar to the HBO hit Da Ali G Show.