WhatsApp vs Telegram: Which is the best messaging app? Whatsapp is one of the biggest texting services in the world with a user base measuring above one billion! However, Telegram is quickly making inroads into the market. In 2016, Telegram reported that it gets 350,000 new users every day. This is an addition to its then 100 million active users. However, Telegram has come under fire for not providing automatic encryption. Nevertheless, they were the first to offer encryption, even if only partial. Ergo they were given the moniker “encrypted chat app” by the media. While WhatsApp had announced their decision to implement end-to-end encryption in September 2014, the feature was applied only by April 2016. Since that time, Whatsapp’s PR reps have made a lot of effort to claim the moniker for being the sole complete encryption chat app. 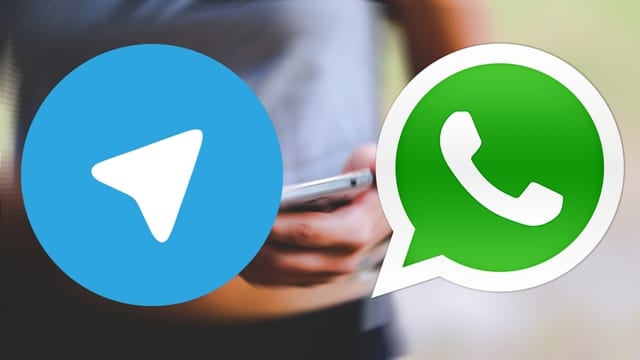 WhatsApp vs Telegram: A Comparative Analysis

Which of the Two Offers Better Message Encryption?

MProto is the standard used by Telegram for encryption. They developed it themselves although they borrowed bits from AES and RSA standards as well as Open Whisper Systems. The second one is used by Whatsapp and Telegram has faced criticism for developing their own encryption system.

Apparently, MProto protocol is not yet breached. Since it is open-sourced, anyone can try and break it. As a matter of fact, Telegram has made news for offering a large sum of money (as much as $200,000 in Bitcoin) to anybody able to breach the security.

Objectively, Telegram’s encryption does offer good speed and efficiency. This means that encrypted messages get transmitted even when other applications fall through. The app automatically changes keys at regular intervals. This ensures near-perfect forward secrecy and makes sure that in the event of a hack and theft of encryption keys, the messages will still remain secure.

The major distinction lies in the application of encryption protocols. WhatsApp offers automatic and mandatory encryption on all chats. Telegram’s encryption requires you to select “Secret Chat” to enjoy encryption facilities. A lot of people fail to take this extra step and are left unsecured.

If encryption is not enabled, anyone can snoop on conversations. This is particularly dangerous on Telegram as messages must be manually deleted on it. In contrast, WhatsApp doesn’t store messages but merely forwards them to individual devices.

WhatsApp works on a number of platforms as does Telegram. And authentication in both is done through mobile numbers. While this might appear convenient, it does pose some serious security considerations.

If someone diverts your messages to a private number by conning your mobile service provider, they can easily overtake your account.  In case of Whatsapp, hackers can only pretend to be you, but for Telegram, they get access to all unencrypted messages.

Offering no other choice than mobile-based signups are hardly ideal since anyone can use phone numbers to identify and locate a user. Also, several countries require you to validate your identity when making a SIM purchase.

How Can The Process Be Improved?

Both messaging services should offer sign up features from email ids or even usernames. Also, both apps should include a secondary password feature for enhanced security.

Which Messaging App Intrudes the Least?

Whatsapp makes it necessary to expose your whole address book. You cannot use Whatsapp otherwise. At this facet, Telegram is better because it does not require a phone number based chat. You can use a username to connect with someone so remaining anonymous is easier.

Whatsapp has a better group chat feature because you can add 256 people to it while still enjoying encryption. However, Telegram’s group chat is unencrypted.

Both apps have a “last seen” stamp that is changeable. They both also enable blocking users and compiling lists.

The convenience of being able to log into Telegram through multiple platforms is also a problem. However, the active sessions feature does give a great degree of control and security to users.

Telegram by default deleted all accounts that go unused for over 6 months. This feature can be changed to a month or year as well. Hence, even if another person gets your phone number after you discontinue using it, they will not get to your account. Also, spamming is made harder by users getting the choice of letting people add them to groups.

The Secret Chat feature of Telegram has several features. You receive a notification when someone takes a screenshot. Also, you can create a self-destruct time ranging from one second to one week. Once this has happened, all messages on both devices are deleted. This naturally gives you more control over data storage and online information that is at risk in case of phone thefts or hacks.

However, Secret chat is non-backup. But Whatsapp can be backed up. The iOS version offers iCloud-based backup. Similarly, Android offers Google Drive-based backup. For other platforms, the choice offered is file format downloads. This means if your contacts enable this feature, then your chats are subject to the secureness of the files on their device.

Telegram Gets the Higher Overall Score! Since Telegram is open-sourced, it is available for tweaking to a world of designers, developers and other people who want to make it better. However, the problem arises in Telegram not having total encryption. If this feature is added later, then it would improve Telegram by quite a bit.

Whatsapp, to its credit, has brought total encryption to the general public. Basically, it’s a service that gets the job done right. However, Whatsapp is not as interactive as some of the other platforms. So whether you like security over versatility or vice-versa, it’s is your choice. There is no doubt that both apps have something great to offer. You just need to be aware of what their features are and how you can use them to your benefit. Or you can use both of them to access the best of both the worlds.