Why do Russians use VPNs? To be able to access the internet in a safe and private manner. The Russian government is notorious for suddenly implementing temporary wide-scaled bans and regularly monitoring its citizens, so many Russians opt to use VPNs to counteract these problems. Read on to find out why Russians use VPNs and which VPN works best for Russia. 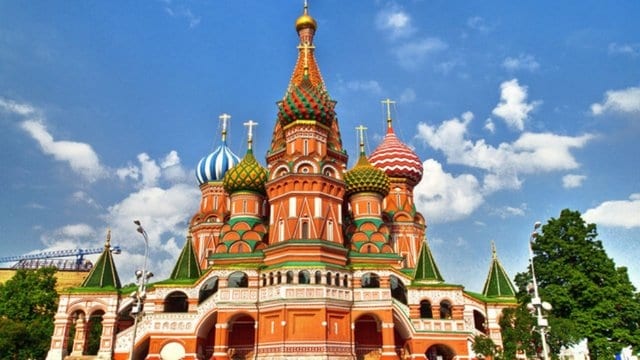 Why Do Russians Use VPNs

Why Do Russians Use VPNs – Quick Overview

Why Would You Need a VPN in Russia?

The Russian government is notorious for its high level of internet surveillance. Not only does it regularly monitor internet use, but it also taps into phone connections and other communications. The government even has laws in place that forces ISPs to enforce restrictions whenever the government deems necessary.

VPNs are cybersecurity tools, they work on two basic functionalities:

Because of these functionalities, VPNs can keep your data secure, your connection private, and online presence anonymous. The great added feature that you get with VPNs is their ability to access geo-blocked and restricted content. The act of re-routing your traffic automatically changes your public IP address. Websites usually restrict access to their services based on your public IP. Seeing as most VPNs give you the option to select the server of your choice, you can very much control which IP address you get and which content you can unblock.

Before you use a VPN in Russia, please read this article on the legality of VPNs in Russia to make sure you’re fully informed about the state of the internet in the country.

Why Do Russians Use VPNs?

There are many reasons why Russians use VPNs. Here are the top 5 reasons:

While VPNs themselves are also banned, but many Russians still use the service to access the websites and apps that are blocked by the Russian government. Additionally, VPNs can be used to access regionally restricted websites such as BBC iPlayer, Sky Go, American Netflix, Hulu, and HBO Go. In short, without VPN, a free unrestricted Internet would simply not be possible in the Russian Federation.

The Russian government is notorious for its surveillance and online monitoring. Russians have it even worse, as the government monitors their online activities and communications. VPNs encrypt your data and re-route your traffic through a secure “tunnel”. This makes your connection private while online, and makes it very difficult for any third-party to figure out what it is that you’re doing with your traffic.

VPNs mask your IP address and give you a level of anonymity online. This allows Russians to torrent without fearing that their public IP would be seen. They can use the VPN to bypass restrictions on popular torrenting sites and to torrent without letting anyone know where they’re torrenting from. Considering the rate of hacks in Easter Europe that target someone’s IP, hiding your real IP online can be very beneficial for your system.

Some VoIPs and communication apps are banned in Russia. Apps that use end to end encryptions usually make it more difficult for the government to monitor its resident’s communications. VPNs not only give Russians access to these banned tools, but they also add more encryptions on the communications that guarantee a safer and private connection.

The online gaming scene, as any gamer would know, is pretty much dominated by gamers from Russia. You’ll see them on servers that aren’t specifically related to Russia. This is because a lot of Russian gamers use VPNs to access different gaming servers. Not only does this help overcome ISP throttling and lag, but it’ll also protect gamers from DDoS attacks online.

Our VPN expert, Charles, has written a detailed review of the best VPNs you can use in Russia.

TLDR: ExpressVPN landed as the top pick for Russian VPNs. It covers 2000+ servers in 94+ countries. They also provide a great customer support team that you can talk to 24/7 and a 30-day refund policy you can use to test out the service before you commit to it.

If ExpressVPN doesn’t seem like the provider for you, feel free to try out these providers instead:

Why to Russians Use VPNs – Final Thoughts

There you have it, the top 5 reasons Russians use VPNs. Remember, while a VPN does add a layer of security and privacy to your connection, nothing is 100% failsafe. Do not assume that a VPN gives you the ability to do illegal acts online. We at the VPN Guru in no way condone using the services we review for any illegal or nefarious acts.