What is the best VPN for streaming? Streaming in High Definition had long been a privilege to only those that could afford the highest broadband packages almost two decades ago. Now, however, anyone dealing with a credible ISP provider is able to bump up their package to a broadband service without causing that much of a dent to their pocket. As High Speed Internet access continues to reduce in cost, this makes it easier for a majority to get to avoid the kind of problems associated with a slow internet connection. Despite these advancements, streaming in High Definition attracts a high privacy risk, similar to most of the other broadband intensive activities you’re likely to carry out online. It is possible to protect yourself from these risks, but only if you can identify a worthwhile VPN provider to subscribe to. 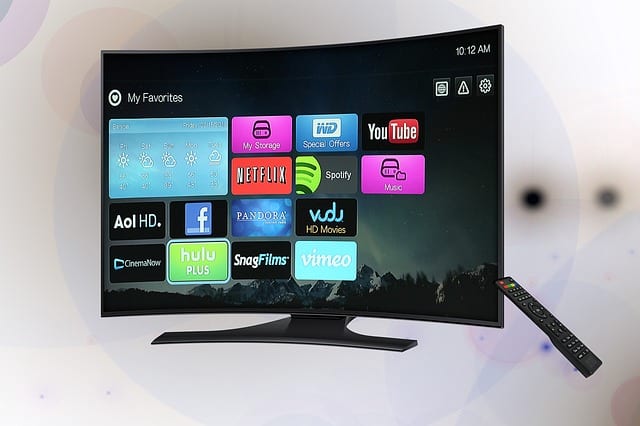 Best VPN for Streaming in HD or 4K UHD

Aside from the risk to your privacy, your connection might also be interfered with by your ISP, in an effort to limit your bandwidth consumption. This results in your videos taking longer to load or even download, whether you’re streaming from YouTube, Amazon Instant Videos or Netflix.

A dependable VPN service should be able to help you overcome this, and one of the elements that allows it to do so is encryption. If your VPN subscription is active, your ISP won’t be able to distinguish between your traffic and that of its other users, making it difficult for it to be seen as though you’re streaming HD videos, thus preventing any form of throttling from their end.

If for some reason your ISP is still able to decipher the kind of traffic going through your device, then we have a number of tips you might want to try and prevent the same:

What To Do To Bolster Your Buffering Speed

If by any chance, ISP throttling isn’t the precise cause of your connection’s reduced speed, there are still a couple more things you could do to speed things up:

Now that we’ve covered what you should do to get a better streaming speed, let’s take a look at the kind of VPN services you should be able to rely on not to keep your speed on the low:

ExpressVPN is one provider that has some of the most well distributed servers among all the players within the VPN market. ExpressVPN have over 1,500 servers in around 94 countries. The coverage is quite dependable, and the speeds are indeed good enough to stream ultra HD content. You’ll also be able to measure the speed of whichever server you’re connected to, and decide whether or not to change. Matters encryption are also well catered for, with users getting to enjoy a 256-bit AES encryption. There’s also a zero-logging policy in place, DNS leak protection and an internet kill switch to keep connection secure.

NordVPN is quite popular among internet users especially because of its capacity to handle upto 6 simultaneous connections. This means you’ll get to enjoy HD viewing on your tablet, mobile, laptop, smart TV or any other device you could have, provided they support such formats. NordVPN users can connect to over 2,000 servers distributed all over the world. Coupled with a well respected zero-logging policy, NordVPN users shouldn’t have anything to worry about regarding their privacy. The service also offers dedicated servers that allow for double encryption, improved P2P download speeds and access to American Netflix.

With a modest server network of 850+ servers in more than 60 countries, IPVanish is well poised to ensure fast load speeds for users looking to spend most of their time online streaming HD videos. They also have about 40,000 IP addresses for users to choose from, and an advanced 256-bit AES encryption to keep all its users safe from hackers and spammers. You’ll also be able to benefit from their zero-logging policy, and uninterrupted torrent downloading support. DNS leak protection and an automated kill switch to shut down your internet connection incase your VPN fails come as standard.

Easily one of the most innovative providers on our list, VyprVPN takes a lot of measures to boost your online privacy, security and anonymity. The fact that they fully own all their hardware makes them all the more reliable. Users benefit from a unique range of features such as Chameleon, which works around forms of deep packet inspection, often deployed by governments and ISPs. Their server network is also modest, at around 700 in more than 70 different countries. Encryption is top notch, with users getting to work under 256-bit AES data  encryption.

Last but not least we have PureVPN, a wholesome internet security solution, where you’ll get to experience features that you’re not likely to find offered by other providers. A few include web filtering options, anti-virus scanners, malware protection, anti-phishing features and a built in ad-blocker. 256-bit encryption comes as standard across all their super fast 750 servers, scattered over more than 141 countries. The PureVPN app has versions suited for the various popular platforms, and their zero logging policy is strictly adhered to by the VPN service.

If you take action on a few of the pointers that we’ve offered in this review, things such as buffering and interrupted streaming will be a thing of the past. Now that you know your ISP is very well capable of slowing down your speed after having infiltrated on your privacy, there’s no better reason to get subscribed with a credible VPN service. Doing so will greatly improve your streaming speeds, and keep your activity and personal information hidden from anyone looking to intercept your connection. Stay safe, get yourself a credible VPN.