A while back, we reported on a new microchipping trend that’s gaining traction in Sweden. Now, it seems like the trend may be going global. Apparently, Biohax, the Swedish company developing these microchips, is already talking to several UK companies about microchipping UK employees. Read on for the full story. 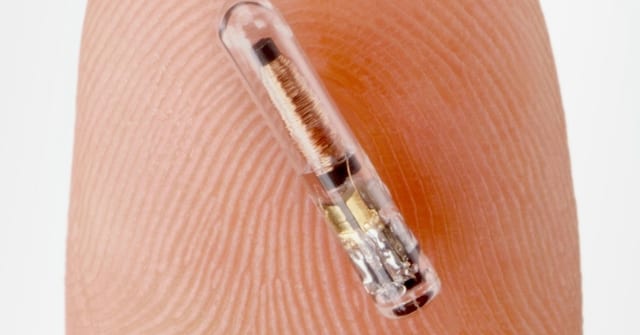 Apparently, British companies are thinking about microchipping their employees in the new future. According to The Telegraph, the Swedish company Biohax is discussing the possibility with several prominent UK companies.

This seems to follow a global trend where big and multinational corporations are diving head-first into this new bio-based tech. The thought process behind microchipping UK employees seems to be more-or-less about convenience. Instead of issuing out security badges, identification cards, and clearance cards, the employers can simply update the microchip.

The CBI and TUC’s Response to Microchipping UK Employees

New technology is usually thought up from a place of good intentions. However, we can’t really predict what the tech will later be used for. When it comes to microchipping UK employees, both the Confederation of British Industry and the Trades Union Congress aren’t too happy with what might be coming.

The CBI and the TUC have voiced their concerns over the possible implications these microchips have over the privacy and the security of the employees. A TUC Spokesperson noted that

“Workers are already concerned that some employers are using tech to control and micromanage, whittlilng away their staff’s right to privacy. Microchipping would give bosses even more power and control over their workers.”

A CBI spokesperson told The Guardian that

“Firms should be concentrating on rather more immediate priorities and focusing on engaging their employees”.

In other words, both the CBI and the TUC are concerned over employers and corporations abusing their power over these microchips. To be more specific, the primary concern here is not the technology in itself as much as its the data collected by the microchips.

It seems like microchipping people might be a global reality a lot sooner than we previously thought. Yes, the microchips do offer a certain convenience when it comes to identification. However, governments and legal bodies need to take a proactive leap prior to their implementation. In other words, mankind needs to develop the proper laws and regulations that can protect the privacy of microchipped individuals. In fact, these regulations should be in place before mass-scaled microchipping like the ones currently under review by UK companies.