There has been growing concern among the public about the widespread government surveillance encompassing everything on the internet. This is coupled with the emergence of hackers who can easily siphon off information from our online accounts. In other words, our private and sensitive data just isn’t safe anymore under the current circumstances. Luckily, you’ll find internet services (specifically, VPN services) that aim to protect your privacy even if the government issues a notice. How do they do that? Well, through issuing Canary Programs. 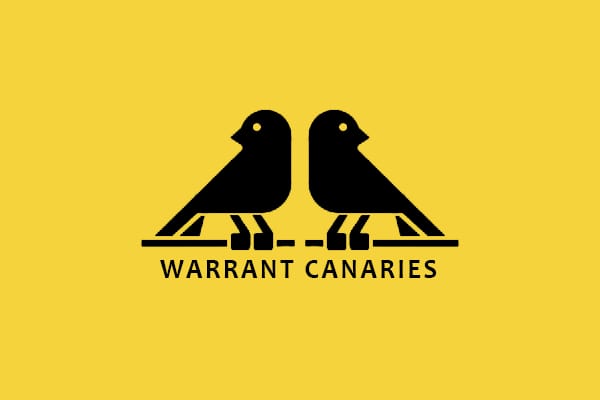 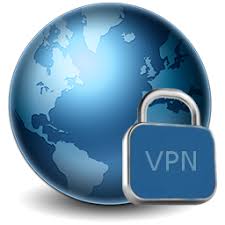 You may be wondering what a Virtual Private Network is. To put it simply, a VPN is a method of connecting to the internet with extra privacy and security measures present. This way, you get to protect your data while browsing the web.

Even massive corporations worldwide have used VPNs for decades to protect not only their business but also their customers. Without a VPN, anyone can intercept your data as it travels to a network, leaking sensitive information that can be used against their owners.

What if the government itself grabs hold of your private data? Under the USA Patriot Act, the government can take anyone’s private information without legal repercussions.

Yes, it’s true. That’s only if they deem the information relevant to terrorism investigations or the country’s safety. To combat this blatant breach of privacy, internet-related service providers have created the canary program.

What Is A Canary Program? 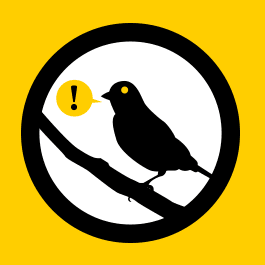 A canary program or a warrant canary is essentially a statement from a VPN provider. This method ensures its users that they have not received any secret requests sent by the government for private user data.

The story of Canary Programs is quite interesting actually. The name comes from previous experiments done by miners in the past.

They used canaries as a warning sign for toxic levels of carbon monoxide.

These birds are much more sensitive to carbon monoxide compared to humans. Therefore, miners would release them in newly formed mines. If the canaries died, this would signal the miners that those portions of the mines were life-threating.

Going back to the canary program, they have the same purpose as their real-life counterparts. They act as a warning against the government secretly stealing our private information.

Why Are Canary Programs So Important?

Without canary programs, the government can issue companies’ secret requests for our data, which includes a legally-binding gagging order. This means that their actions will remain secret and undisclosed to the public, even the individuals they’re taking the data from.

Luckily, canary programs are not limited to VPN providers. Other companies use these programs to ensure their user’s privacy and security. Sadly, these canary programs are disappearing one by one, signaling users that these sites are no longer safe from government surveillance.

Popular online platforms like Reddit and Tumblr used to have canary programs in their transparency reports. But that changed as you may check for yourself, they have gone missing. Even Apple’s canary program disappeared since their report from September 18, 2014. What does this mean?

It means that the government can target every person using Apple products to connect to the internet. To make it worse, they have no way of knowing whether they’ve been probed or not.

US citizens and companies are employing VPN services to counteract this less than ideal situation. Using these services would mean that our providers can evade gagging orders and warn us, their customers, directly in the case of a government breach.

The best VPN providers are usually based on other countries who are not under the jurisdiction of US laws, and their own local laws regarding data privacy are less harsh. Many internet users take advantage of these foreign VPN services (often called Offshore Hosting).

VPNs continuously release Canary programs. They’re often prominently displayed on their website signaling viewers that their company has not received any government order recently. If they do disappear or they’re not updated, it means that the government issued a notice to the company.

While there are numerous free VPN services available on the internet, chances are, they don’t have a canary program implemented in their system. Here are some of the most trusted companies if you want to employ the services of VPN providers with canary programs:

While the provider launched recently, Trust.Zone has created a canary program on November 1, 2017, and it’s still active today. The company is based in Seychelles, where they are free from the influence of the Patriot Act. Their canary is updated every day, so users are immediately alerted if ever they are required by law not to disclose any government probing.

Many consider NordVPN as one of the best VPN providers because of its double encryption feature (an added safety measure against hackers.

They are based in Panama and have had a canary program since June 20, 2017. According to them, NordVPN has not had any data breaches and secret government warrants since its conception.

They update their Canary program every single day, and you can check these updates on their site to ensure its validity.

Unlike the other VPNs on our list, SlickVPN is based in the US, and they only update their Canary program every month. However, many still employ their services for their secure user verification feature, and their monthly updates share relevant information that confirms the reliability of their canary program.

ProtonVPN is under Swiss laws, which means that their company doesn’t have to save their user’s connection logs, and ProtonVPN follows a no-log policy for their service.

Even if they are legally bound to provide any connection logs, they won’t be able to comply. There’s nothing there to hand over, to begin with.

Another advantage of being under Swiss law is that in the event the government requests any data, the owner of that data is always notified, giving them the chance to contest this request legally.

The laws that have once been built to protect us are now stripping away our rights piece by piece. The internet is no longer a secure place for your data, and the government can now request our private information without due warning. It’s down to us if we want to safeguard our information and protect our rights of privacy. What do you think? Are Warrant Canaries a good solution for your privacy? Let me know in the comments below.