A new iPhone Support line phishing scam is making its rounds, worrying security researchers. Apparently, the scam is so realistic that many people may fall for it. Read on to learn what the scam is and how you can stay safe. 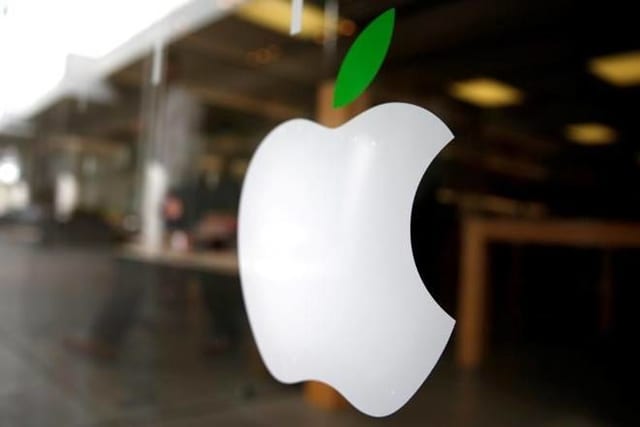 Security researchers at Global Cyber Risk LLC are warning about a new phone-based phishing scam that targets iPhone users. The scam, which was brought to the company’s attention when it’s own CEO was targeted, spoofs Apple Inc.’s credentials on an iPhone, making it seem like the call is coming in from Apple itself.

Jody Westby, the company CEO, received an automated call on her iPhone warning that “multiple servers containing Apple user IDs had  been compromised.” The message urged Westby to call a 1-866 number to resolve any issues before she continues using her phone.

The call seemed automatically “phishy” to Westby, but she noted one detail that sets this phishing scheme apart from its contemporaries: the ability to spoof Apple Inc.’s contact details. 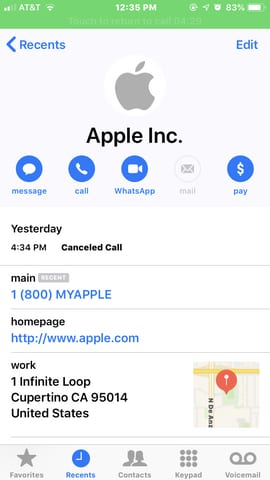 The screenshot above, taken from Westby’s phone, shows how the support line phishing scam masks its illegitimacy by spoofing the contact details of Apple Inc. In fact, if you look up the number Westby was asked to call, it’ll show up in Google’s top search results as belong to Apple Inc. as well. In other words, the people behind the scam went to great lengths to make sure that Google recognized their number as a legitimate Apple support number.

Of course, being a security researcher herself, Westby realized that this might be a scam and contacted Apple’s support team. After explaining the incident, the agent confirmed that the call did not come from Apple and that it was most likely a scam.

How to Stay Safe from Phishing Scams

Usually, a support team will never proactively call up random customers. In cases where an actual breach occurs, the company usually releases an official public statement detailing the breach. If the statement says that the company will contact affected customers, that usually means via email or in-account messaging.

In other words, the only thing that might cause someone to fall for such a scam is seeing Apple’s name and logo pop up on your screen.

Tips To Pay Attention To

Well, if you can’t even trust your contacts’ list, how can you figure out when you’re being scammed? Simple, follow these tips:

Phishing scams work on the basis of social engineering. That means that they use specific methods that are aimed at tricking people into trusting the scammer. While phishing scams have been around since before the commercialization of the internet, they still pose a genuine threat to the public. The problem is that phishing scams rely solely on human error and gullibility, which isn’t something that software can fix. For that reason, it is very important to handle any call like the one detailed above with great skepticism.

iPhone users should be on the look-out for a new support line phishing scam making its rounds in the U.S. The scam spoofs Apple’s contact details, making it seem like a user is receiving a call from Apple directly. If you happen to be a victim to such a phone call, don’t give out any of your information. Contact Apple’s official support team via the number on Apple’s website and report the incident immediately.