The sudden rise in the value of Bitcoin has boosted the interest of general public towards cryptocurrencies. And experts have been saying that cryptocurrencies are really safe, making them all the more attractive to the users. The question is – are they really secure? Whether you’re an investor, trader, or just a supporter, you might have wondered if cryptocurrencies can be hacked. 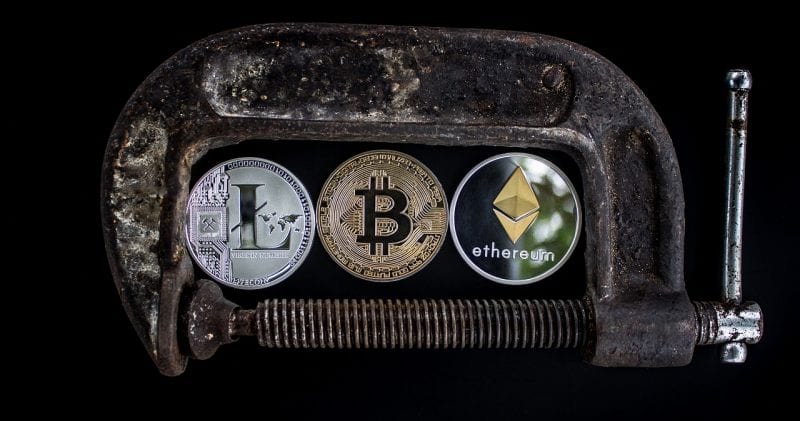 No matter how secure a new technology is, sooner or later, hackers figure out ways to hack it. And blockchains are targeted by hackers almost every day. Since blockchains involve a lot of money, there’s a lot of motivation for hackers.

Blockchain gets its protection from the fact that the distributed ledger notes down every single step. A hacker can easily enter a mining node and rig the information in it. However, it’s difficult to hack into every mining (and that too simultaneously) and enter the blockchain that has led to that point. It’s almost impossible! And this is what makes Bitcoin so safe.

Blockchains are essentially distributed ledgers. They contain a record of all transactions and share it with the public or a certain community for verification and audit.

Before adding a block to the blockchain, it is distributed among all mining nodes that are present in the network. Each node can verify that the transaction set in that particular block is valid. This auditability makes it easy to trace back each transaction done on every cryptocurrency to the point it was initially mined. The transaction details stay in each block ever since the currency was mined. And these details are verified by the blockchain network. Each node on this network operates independently and audits each block. If even a single node rejects a block, the block is invalidated. Such is the strength of the blockchain technology.

Not really. There are several risks for investors and traders. Wherever there’s money involved, there will be some shady parties trying to make a profit. The blockchain is pretty safe, as we have discussed above. But to buy, sell, and trade any currency, you’ll need to come online. Here is where the problems can creep in. Your connection can be targeted and hackers can follow you when they find you visit cryptocurrency websites.

If you plan to buy cryptocurrency, you’ll need to link your credit card information or bank details to the exchange website to complete the transaction. If there’s a hacker lurking on your network, it will make the transaction unsafe.

And once you’ve set up an account and purchased some currency, where will you keep it? Online exchanges are not safe for currency keeping. Hackers keep attacking exchanges almost on a daily basis. Bithumb was hacked in 2017 and it lost $30 million in that, including the information of 30,000 customers.

Can Stolen Cryptocurrency Be Recovered?

While transactions can be traced on the blockchain, the problem is that once some currency is stolen, it cannot be recovered. Since cryptocurrency is stored and transacted in a pretty anonymous way, there is no way to find who exactly stole the amount. It might be possible that the hackers stole the altcoins, transferred them quickly from one wallet to the other, got them exchanged for fiat money and then withdrawn the money.

Holding your currency on an online wallet puts you at a risk for online attacks. If you want to invest in cryptocurrency, it’s best to hold them offline. You can have a wallet on your local device for that. This will require you to download some extra software. And since it’s all on your local device, you’ll need to protect your device. There can be personal device attacks and you need to be cautious of them.

To make things even safer, you can store the coins as encrypted files in a USB stick. However, in the case of a USB stick, there are chances of losing them. Or the stick going bad or damaged.

With the misinformation that’s been circulating, it’s easy to fall prey to scams and fraud schemes. There are several fraudsters that are out to get your money in the name of Bitcoin. They are mostly phishing attacks, which means they don’t even have to use sophisticated technology to get your information. You just need to stay wary of such deals and offers. Just a little carefulness and common sense will keep you safe from most scams.

Are Cryptocurrencies Here to Stay?

Certainly. Although there are some risks involved with transactions, the blockchain has a lot to offer and it cannot be ignored. There are many applications of cryptocurrencies, including their use in businesses, banks, organizations, and governments. If anything kills Bitcoin, it can only be another more powerful blockchain.

There are cryptocurrencies such as Ethereum that are more evolved than Bitcoin. There might be more currencies in the future that can offer newer and more secure features. Bitcoin is certainly not the final form of cryptocurrencies. There has to be a lot more in the market in the coming years.

As their acceptance rises, there are chances that more countries will open up to their usage and these currencies will see their use in government operations as well. A country that regulates money by blockchain can have many benefits including easy tax collection, fewer financial crimes, decreased corruption, and controlled inflation.

How to be Safe with Cryptocurrencies