DNA testing kits are becoming more and more popular every year. You probably even know someone who already did the test. What with the holiday season wrapping up, many of you might even get one of the commercial testing kits as a present this year. Before you start swabbing your cheeks, though, you might want to take a step back and reconsider. Think about, how safe do you think handing out your genetic information is? 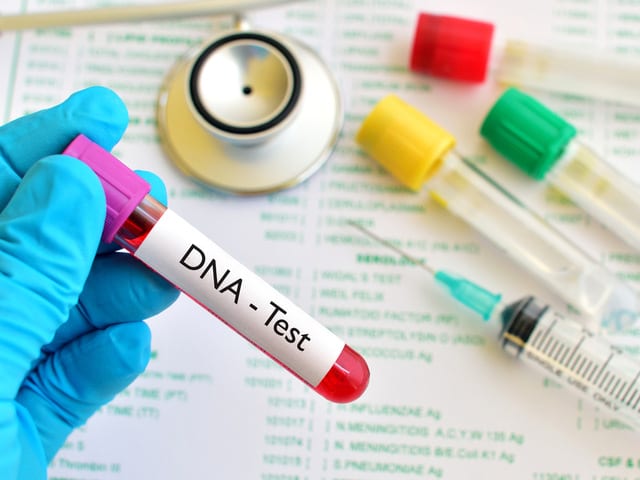 Are DNA Testing Kits Safe to Use?

DNA Testing Kits – Where Does Your Information Go?

Home-DNA Tests are ridiculously popular this year. Usually, the test requires a user to spit into a tube and ship it off to the manufacturer’s labs for analysis. After a certain amount of time, the user will receive their results via mail (or email). The two most known DNA testing companies are Ancestry and 23andMe, and they’ve been around for enough time that most DNA testing enthusiasts have already given them a shot.

The question is, though, are these DNA tests actually safe?

This is a bit of a tricky question to answer, but we’re going to objectively look at the facts before we make our decision.

Fact #1: Mankind’s knowledge of the human genome isn’t as advanced as we’d like to think.

Truthfully, all genetic testing can do is look for DNS SNPs and compare them with already established genetic trends. SNPs are minute DNA variations that differ between different people. These SNPs are used to check health risk patterns and to provide a probable analysis of your family history. In other words, DNA testing kits can provide you with an idea of where your family might come from, but it will not give you any definitive results.

Fact #2: DNA Testing companies can take ownership of the information you send them.

While no company can actually “own” your DNA, they can use the sample you sent for whatever purpose they want. Here’s a snippet from Ancestry’s Privacy Policy to show you what exactly these companies can do:

“By submitting DNA to AncestryDNA, you grant AncestryDNA and the Ancestry Group Companies a royalty-free, worldwide, sublicensable, transferable license to host, transfer, process, analyze, distribute, and communicate your Genetic Information for the purposes of providing you products and services, conducting Ancestry’s research and product development, enhancing Ancestry’s user Experience, and making and offering personalized products and services.”

Personally, I find the terminology used vague and terrifying. Basically, Ancestry can do whatever it wants with your DNA sample. This includes sending it over to third-parties (the word “transfer”, “distribute”, and “communicate” are there for a reason). Now, Ancestry and 23andMe do have a clear policy that states they do not share your information with “third parties” for research or commercial purposes (advertising), but that doesn’t really cover everything. They can, and probably do use your DNA to improve their own business. That means partnering with other apps or using your DNA to cater specific products are still on the table.

Think about how many people have done DNA testing. Where do you think companies store all of that information? DNA companies already have access to growing DNA databases, and they really aren’t regulated.

For some reason, HIPPA doesn’t protect your Genetic material. For those of you that don’t know, HIPPA stands for the “Health Insurance Portability and Accountability Act”. This act is supposed to safeguard medical information, providing security and privacy for your medical data. DNA doesn’t seem to fall under that, so there are no rules that regulate how your data is shared around.

The good news is that DNA testing companies have a guideline that is meant to protect users’ data. Major companies like 23andMe, Ancestry, and Helix have signed on to this guideline, vowing to protect their users’ data as much as possible. The problem? This guideline isn’t mandatory and doesn’t have legal repercussions for breaking it.

Jules Polonetsky, the leader of the Future of Privacy Forum (which helped write the guideline) even stated that “I don’t think the average consumer has wrapped their head around the range of issues they should think about when they make a decision to share [DNA] data.”

I don’t know about you, but that doesn’t sound too safe to me.

Fact #4: Health Insurance can’t use the results against you, but Life Insurance companies can.

In 2008, the U.S. federal government passed GINA, the Genetic Information Nondiscrimination Act. This act made sure that health insurance companies cannot deny coverage to someone who has a gene mutation. In other words, testing your DNA for possible health risks shouldn’t stop you from getting good health insurance. That’s great! Until you hear that life insurance companies, long-term care, and disability insurance do not fall into what the act calls “health insurance”.

In other words, you can be denied long-term care insurance, disability insurance, and life insurance if your DNA results show up with some medical risks.

Fact #5: The potential for data leaks is strong.

Here’s another snippet from Ancestry’s policy that I wanted to focus on. It’s a little big but I do want to show you how risky DNA testing kits are:

“There is a potential risk that third parties could identify you from research that is made publicly available, for example if published in a scientific journal. Genetic Data is not typically published, although it is sometimes made available for review by peer scientists, journal editors or others. Although we remove common identifying information (such as your name and contact information) from any Data before publication, Genetic Data is different from other data because it can be used as an identifier in combination with other information.”

OKAY. Let’s get into what that means, shall we? I’ll paraphrase the above section below:

“We handle your DNA, which is literally the most identifying piece of data ever, so we won’t be held responsible if someone hacked the databases and figured out who you are based on our testing and on how many people in your family got the test too. We make things a little worse for you by sharing your data with academics and researchers, who worry more about results than privacy, so it could very well happen eventually. This is our disclaimer, we’re not taking responsibility for this.”

There. So much better. Now, if you read that in a Privacy policy, would you use the DNA kit?

I, personally, am in no hurry to test my DNA. It does look like many people worry about the privacy concerns DNA testing kits may bring. That means that, eventually, we will have laws that regulate this kind of data. Until then, though, I’ll pass on any DNA kit that comes my way…and I highly suggest you do the same.