At a time where the astronomical rise of online streaming services continues to sky-rocket, moviegoing rates continue to drop. There’s no denying that the two trends are somehow related. VOD channels such as Netflix and Amazon Prime provide users with the opportunity of watching what they want, where they want, whenever they want. Hollywood production studios, on the other hand, are more than often producing spin-offs of movies that most of us have already seen at some point. The cash cow that is 3D hasn’t produced the desired effects either. Let’s take a quick look at what the future of the movie theaters, and the movie industry as a whole, might hold. 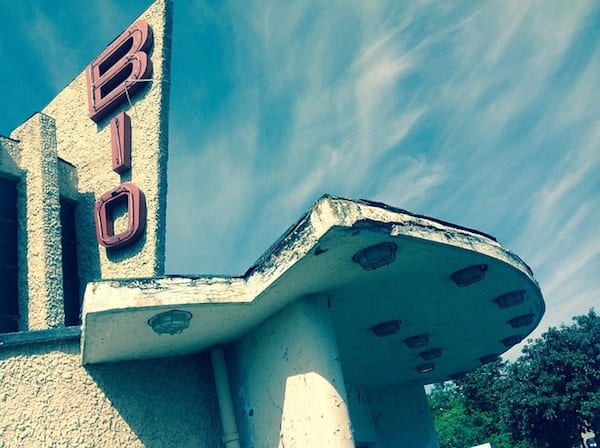 Millennials and the Death of Movie Theaters

It is not just theaters that are paying the hefty price of falling behind, even conventional TV viewing is dropping. This can be particularly observed in countries with fast Internet speeds. While the number of millennials who go to the movies to see a horror movies is still somehow acceptable, teenagers are not really interested in indie or drama movies. The number of young moviegoers hitting the movies theaters continues to drop year after year.

While Hollywood fails to evolve, online streaming services are carefully studying Generation Y and provide them with what they want.

Originals Are Taking Over

When the first streaming services started, they heavily depended on purchasing broadcasting rights from movie studios. This was both an expensive and approach, especially if the online channel wanted to offer the movie in several regions. Copyright holders sell broadcasting rights

All of this lead to Netflix is shifting towards their own original productions instead. House of Cards, Orange is the New Black, and Narcos have all succeeded. Amazon is also following Netflix’s footsteps. Mozart in the Jungle, The Man in the High Castle, and The Grand Tour have driven up Amazon Prime subscriptions as well.

Netflix Signs up with Scorsese

When it comes to online streaming services, there is no doubt that Netflix is setting the trends. Not only did the global streaming giant expand to almost every corner of the Earth, Netflix is now producing its own originals at rates never seen before. While Netflix’s main focus is on TV shows, they are also slowly shifting towards movie production as well.

Netflix has already released several exclusive Adam Sandler comedies. A big-budget action movie with Will Smith is also on the cards.

Recently, Netflix has registered another coupe by teaming up with world-renowned movie director, Martin Scorsese. The deal will see Robert De Niro and Al Pacino, two of Hollywood’s biggest stars, feature in a Netflix exclusive dubbed The Irishman. The movie is excepted to come straight to Netflix, dealing another blow for theaters in the process.

Amazon Has Hollywood Ambitions, Too

Amazon has become the first Internet company to earn an Academy Award nomination. The American retail giant has only been in the original move business for a year, but they are already reaping the rewards. ‘Manchester By The Sea’ has received 6 Oscar nominations, including Best Picture. This is certainly not first or the last time an online streaming service will receive a nomination. Netflix earned its fifth Oscar nomination this year for documentary feature “13th.”

At the moment, Amazon only releases its movies 5 months after they debut in cinemas, but it’s hard to see this policy continue in the future.

Back in 2014, Sony was forced to release its movie ‘The Interview’ on a handful of independent screens. This was mainly because major chains refusal to screen the movie due to security and safety concerns. At the same time, Sony sold ‘The Interview’ broadcasting rights to Google Play, Xbox Video, and Youtube. Netflix acquired broadcasting rights soon after, too. The revenue numbers were telling. Digitally, the movie grossed $15 millions compared to only $2.8 millions in theaters for the first four days.

Due to the special circumstances surrounding ‘The Interview’, it can in no way be considered a game-changer. However, the writing was on the wall. Given the choice between staying at home or going to the theatre to see the same movie, many moviegoers chose the former.

The Decline of DVDs

Hollywood productions studios also heavily rely on the sales of DVDs and Blu-rays. Again, the rise of online streaming meant that movie lovers no longer had to buy a physical copy to watch their favorite flicks at home. In the UK alone, total digital video revenue rose almost 23% to £1.3bn in UK last year. Meanwhile, sales of DVDs and Blu-ray discs fell 17% to £894m, marking the first time it has fallen below the £1bn mark. Even physical rental markets are struggling.

With Netflix, Amazon, and the likes you get to watch as many episodes of your favorite TV shows, non-stop. The comfort, ease, and flexibility of accessing content using online streaming services have massively driven up their popularity. The pricing is another factor. In some cases, a monthly Netflix subscription could cost less than a ticket to the movies. If you factor in all the extras you have to buy while at the theater, staying at home starts to make sense economy wise as well. In the end, entertainment is all about value for money.

Is the Death of Movie Theaters Inevitable?

Cinemas have to up their game. 3D didn’t quite push theaters to the heights expected back in 2009 when Avatar was released. The number of movies with the 3D label attached next to them continues to drop on a yearly basis. The truth is that the 3-Dimensional format had failed.

Younger generations are shaping the future of the movie industry. It is clearly too early to claim that cinemas are dead, but their future does look bleak. Digital streaming, on the other hand, is showing no signs of slowing down. Unless ticket prices somehow drastically drop, and the quality of movies rises, the number of moviegoers will continue to fall. Amazon and Netflix’s trial and error process with releasing movies will undoubtedly also benefit them in the long run.