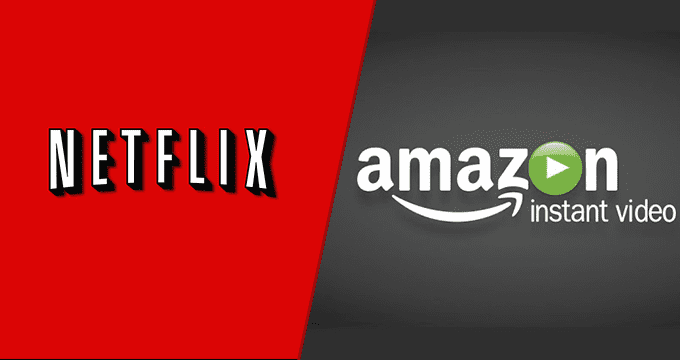 Both services offer a free one month trial. This provides you with more than enough time to test them and get a feel of whether the available content suits your streaming needs or not. Nothing beats trying a product out yourself free of charge.

In terms of content, both streaming giants are focusing more on their original content. A few years back, I’d certainly say that Netflix’s library of movies and TV shows was more impressive. However, times are changing. Netflix aims to replace half of its content with Netflix originals.

Although both services are now globally available, the content you get to watch largely depends on your current region. It’s safe to say that both American Netflix and American Amazon Prime contain the best libraries both in terms of quality and quantity. If you live outside the USA and want to change your Amazon or Netflix region, use a VPN.

To give you a slight idea about what you can find on both streaming services, here’s a list of their top titles:

Unlike Hulu, neither Netflix or Amazon Prime Video is ad-based. This is one of the major facts so many people prefer to sign up with these streaming services although there have been rumors that Netflix will start showing commercials in the past.

The American Amazon Prime subscription currently stands at $99-a-year. There also is an option to rent and buy titles for an additional fee. In the UK and USA, you get access to extra features such as one-day delivery, free eBooks and a music streaming service.

The new Prime Video service cost just $2.99/month for the first six months. This probably makes it the cheapest streaming service out there. What’s great about that is that you can sign up for an international Prime Video account, and then use VPN or Smart DNS to change to the much better US Amazon Instant Video using that same account.

Netflix, on the other hand, is a purely subscription-based service i.e. there is no rent or buy option. A basic Netflix subscription sets you back $8/month and you can only watch Netflix on one device at a time. The standard version allows you to watch on two simultaneous screens and costs $10 a month. If you want something all the family can enjoy, you could subscribe to the premium 12$/month version. This gives you access to Netflix on 4 devices concurrently.

There have been talks that Netflix will raise its subscription fee in the upcoming year. As we may all know, Netflix’s production is getting bigger as time goes by. The streaming giant is focusing on original content rather than borrowing titles from other services. Therefore, a slight increase in your monthly fee is what’s required to ensure the best streaming material you get in Netflix’s future library expansion.

Amazon has always offered an option to download content for offline viewing. This would allow you to watch certain titles while you’re on the go without having to worry about astronomical 4G Internet rates.

Netflix recently also added the offline playback option on selected titles although you can only download these movies and TV shows on iPhone, iPad, and Android.

In all fairness, the Netflix app is one of the best applications. Its responsiveness, the multiple users’ feature, as well as recommendations, were all major factors in the rise of Netflix’s popularity. Moreover, you can check what’s coming to Netflix and what originals are to be added later that year. The interface is very user-friendly. You can easily navigate through your series, continue watching previous ones, and so many more. 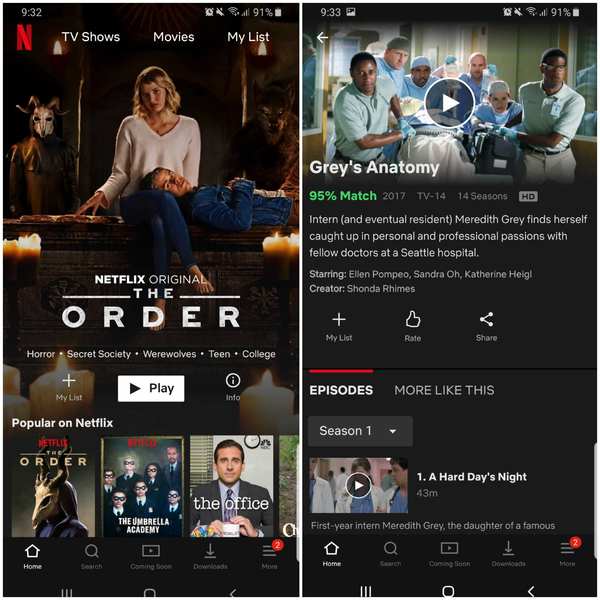 The Amazon Prime Video app, on the other hand, is not that bad but you sometimes get the feeling that it lacks that polished finish. However, the look is quite decent. You can navigate through series, downloads, and channels easily. If I may say, the Amazon Prime application is pretty straight forward. 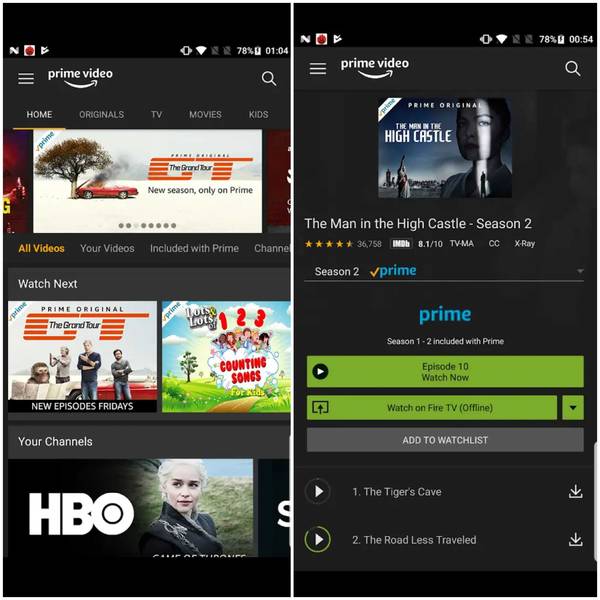 There’s not that big of a difference between both streaming services. It’s a matter of personal taste. With the focus slowly shifting towards original content, it all comes down to whether you prefer shows like Orange is the New Black or prefer to watch The Man in the High Castle. What I’d suggest doing is signing up for a trial with both Netflix and Amazon Prime. Then, you simply check which streaming service you come back to more often.