Ransomware vs Malware: What is the difference? With the many risks that being online poses to so many unsuspecting users, one of the ways that you can ensure you stay safe includes getting to know the kind of hazards that you’re likely to get exposed to. In this review, we’re going to be looking at two well known forms of cyber attack: Ransomware and Malware. Although they sound somehow similar, each of the two poses a different threat to your online security and privacy. It’s therefore of utmost importance to understand how each of them works so that you can prevent getting infected by them. 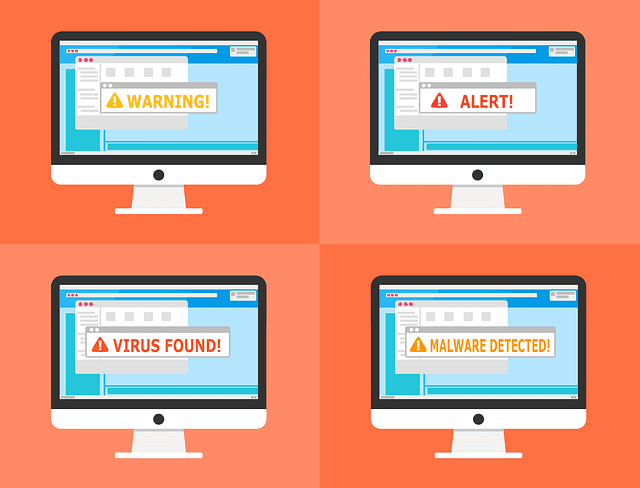 Ransomware vs Malware – What’s The Difference?

Ransomware vs Malware – What’s The Difference?

You never know which apps or website will attempt to infect your device with various malicious malware of ransomware. Always make sure you have an anti-virus program installed on your computer or smartphone. Additionally, keep your antivirus app up-to-date.

For starters, the term ‘malware’ is actually an abbreviation of ‘malicious software’. It’s the kind of software that’s used to gain unwarranted access to an individual’s device after they’ve gone on to download and install it, though this mostly gets done without them being aware. This kind of software can actually track whatever’s going on on the victim’s device, and can also be used to cause damages.

Hackers and spammers have been known to use that kind of software to steal critical user information such as credit card details and account passwords, and also spread advertisements through methods that have been known to infringe on user privacy. One case in point would be a Chinese digital marketer, Rafotech, that went on to turn more than 250 million web browsers into ad-revenue generating engines, and as a result, about 20% of corporate networks got affected. After investigations were carried out, it was reported that the spread was mainly due to ‘bundling’, where programs automatically installed themselves without any approval required from a user.

Another example of malware that also gained a lot of media coverage was ‘Judy’. With a focus on Android devices, Judy was found to have been present in 41 apps, with the intention being to facilitate fake clicks and fraudulently generate ad revenue. The fact that most of the infected apps could be easily found within the Google Play Store also raised a lot of concern.

Malware has also been known to cause a lot of catastrophic damage to the effect of causing a complete power outage. This actually happened in Kiev, Ukraine, where a malware named ‘Crash Override’ had the city in the dark for hours on end.

Similar to malware, ransomware is a specific type of software that initiates a lockdown on your device, and has your access restricted until you’re able to comply with a demand that has been made. Most of the cases that seem to be recorded today are paid through Bitcoins, and more often than not, the ransomware installed has been known to prevent access to specific files and folders by demanding a password that’s been set up by the ransomware authors.

There have also been a number of instances where ransomware has been used to carry out attacks on a very large scale. In early 2017, reports emerged regarding a large-scale attack carried out by Wannacry ransomware that went on to infect more than 300,000 computers in over 150 countries. Similarly, businesses in the US, Europe and Middle East cried foul over infection from Petya Ransomware, but its spread was only restricted to local networks.

A more detailed analysis revealed that Petya wasn’t really a form of ransomware, since its features resembled those of a ‘wiper malware’. This is because the malware wasn’t really designed to siphon any kind of information from users, but rather to prevent them from being able to boot or reboot their device.

The Spread of Malware/Ransomware

The most common way of spreading malware happens to be through emails. The software is sent under the disguise of interesting information which then encourages unaware users to click through. The user is then redirected to a malicious website where they’re asked to download some software, with the promise being that only then will they be able to gain access to some program.

Unsuspecting users also get caught up through the allure of free music or movies, where once a download commences, such websites start their hacking process and steal their victims’ information. This can lead to identity theft if the data stolen is used to gain illegal access to certain accounts, or forge documentation.

Use VPN to Protect Yourself From Malware Attacks

The most recommended measure that users can take to secure themselves from malware attacks is to constantly ensure that they back up their data. This way access to your crucial files is still guaranteed regardless of what happens to your device.

Subscribing to a credible VPN provider will also do a lot to ensure you’re protected from any kind of cyber attacks. A VPN service assures you anonymity over the Internet, making it even more difficult for hackers to gain access to your device. An example of a provider that we’d recommend is ExpressVPN. Their military grade encryption will ensure your nobody is able to get through to your device, and their customer care team is always on call to help you sort out any issue you’d need assistance with.

If you have any comments or questions regarding our review, feel free to type them out in the comment section below, and we’ll be sure to respond.