San Fransico’s legislators have taken a stand against potential abuse by voting for the ban of facial recognition software. While there are mixed opinions about the effectiveness of this ban, generally, it’s a way to tame the dangers of rising technology. Read all about the facial recognition ban and who approves of it in the article below. 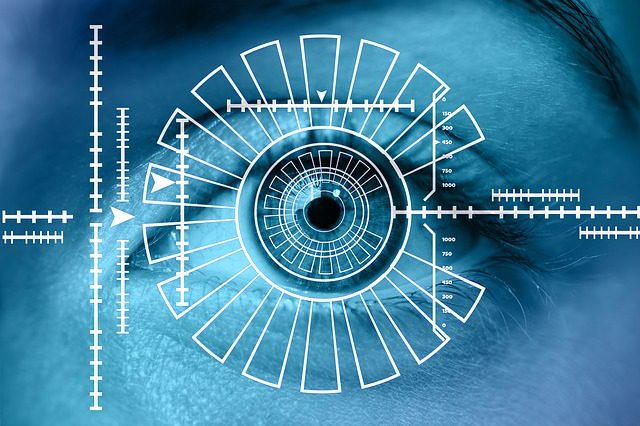 Local agencies, city’s transport authority, law enforcement, and police departments will no longer be allowed to use this technology. Moreover, any party now must seek approval from city administrators before purchasing any kind of new surveillance technology. Those who reject the ban claim that it will compromise people’s safety and have an inhibiting effect on crime fighting. Advocates, however, said that the existing technology is unreliable and trustworthy. Undeniably, and according to ban supporters, technology has represented an unnecessary infringement on people’s privacy and liberty. Generally, the systems are prone to error, especially when dealing with women or people of color.

San Francisco’s Board of Supervisors signed off on facial recognition tech ban.  Aaron Peskin, San Francisco Supervisor introduced the Stop Secret Surveillance Ordinance. This law so happens to be the first of its kind in one of the US states. City agencies and the police department cannot make use of this technology. The ban has no effect on Private companies’ usage of facial recognition tech. However, the ban would put a damper on the processes of selling tech to the city government.

The authorities used this facial recognition technology in order to identify the suspect in the mass shooting at an Annapolis, Md. However, civil liberty groups have expressed discomfort about this technology’s capacity. These groups fear potential abuse by the government, which might ultimately lead to the classification of the United States being an overly oppressive surveillance state.

Perhaps the approval of the ordinance had to do with technology’s contribution to the enhancement of divisiveness. The technology of facial recognition has a disproportionate impact on the communities of color. According to recent research, the facial technology does not read non-white individuals. As a matter of fact, this technology doesn’t accurately read people of color as their white peers. The inconsistency of meeting the main aspect of the technology’s feature is burdening the technology with the issue of racial profiling.

Aaron Peskin, the one in charge of the advisory of the ban said: “I want to be clear — this is not an anti-technology policy.” Peskin tried to minimize the ban aspect of the law so that the ordinance doesn’t appear to be anti-tech. In fact, the supervisor did not regard the ordinance as a necessary extension to the wide-ranging data privacy modifications and collective efforts in other counties around the state.

Peskin went to explain that the ordinance is a measure of accountability. The aim of it is “to ensure the safe and responsible use” of surveillance tech. Add to that, the ability of the public to be part of the decision-making process especially when it comes to the data collection period and who can see it.

Matt Cagle from the American Civil Liberties Union in Northern California had this to say: “With this vote, San Francisco has declared that face surveillance technology is incompatible with a healthy democracy and that residents deserve a voice in decisions about high-tech surveillance.”

Joel Engardio, vice-president of Stop Crime SF said:  “We agree there are problems with facial recognition ID technology and it should not be used today. But the technology will improve and it could be a useful tool for public safety when used responsibly. We should keep the door open for that possibility.”

San Francisco’s Board of Supervisors approved the ordinance with an eight to one vote. The ban’s supporters include the ACLU, the Electronic Frontier Foundation and local groups like Oakland Privacy. While San Francisco District 2 Supervisor Catherine Stefani objected to it, she referred to the  ordinance as“a very well-intentioned piece of legislation.” She was also fond of the respectful manner in which the board handled the dissent. The board’s Rules Committee decided to carry on with a vote on the proposal.

The ACLU of Northern California’s Matt Cagle and Brian Hofer, chair of Oakland’s Privacy Advisory Commission, had this in writing in favor of the ordinance: “if unleashed, face surveillance would suppress civic engagement, compound discriminatory policing, and fundamentally change how we exist in public spaces.”

The ordinance includes a provision that entails specific approval before city departments can acquire any new surveillance equipment. Although city agencies and departments will need to get approval in order to buy new surveillance devices, they will be allowed to keep on using what they already have. This includes police body cameras and license plate readers. Supervisors hope for a full accounting of such equipment as soon as the ordinance is effective.

What about other States?

Similarly, states and cities are examining facial recognition tech bans. San Francisco’s own efforts, however, are the most mature yet. For instance, a bill in Washington state would require facial recognition software to open to third-party testing. This only goes to show how major tech companies are leveraging their power with facial recognition and other surveillance techniques, all of which according to the public are invasive. Not far off, Oakland and Berkeley are both considering reformations to their regulations for facial recognition tech.

This still is a heated topic in a city with a long history of fostering dissent and individual freedoms. San Fransico has also suffered lately from high rates of property crime, which makes feeds into the controversy of this ban. We can’t even trust facial recognition on our phones, can we blame how legislators are thinking in regards to users’ privacy and liberty?

The San Fran ban is expected to officially be enforced, effective a second vote next week. This could set a nationwide example for the rest. Who knows which state might follow in its footsteps and for what motives. The East Bay might soon reinforce San Francisco’s own vote.