Forty million active Telegram users in Iran won’t be able to access the app as of the morning of April 9. The reasons behind the Telegram ban stem out of economic nationalism and anti-government protests. We have reason to believe that the Iranian government did so because it aims to promote local social networking apps like Soroush in replacement of Telegram. Iranian authorities claimed that the ban was issued to maintain peace after protestors have taken the streets last December.

As a result, half of the population in Iran now have to look for an alternative or better yet, work their way around the ban. Many don’t want to give up on an app they have used for so long and grown to like, so they find in a virtual private network a glimmer of hope. A VPN secures your Internet connection as well as grant you access to restricted content on any of the following PC, Mac, Android, iPhone, iPad, Smart TV, Apple TV, Roku, and Chromecast. So how can Iranians make use of that VPN to access Telegram again? 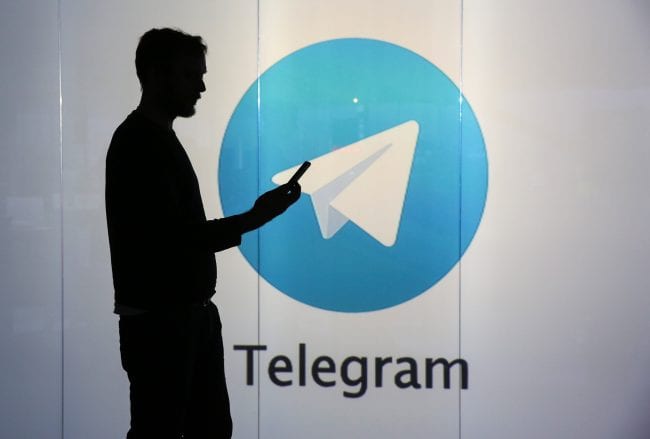 The Telegram Ban in Iran

According to the state-run ISNA news agency, president Hassan Rouhani said: “Iranian messaging apps which are capable, secure and cheap and could solve people’s problems and cater to their needs would no doubt be a source of pride for all.” Rouhani argued against an all-out ban, saying that “the goal of creating domestic software and messaging apps should not be blocking access and censorship, but it should be done with the goal of removing a monopoly among messaging apps.” The people wouldn’t use domestic and homegrown applications advertised by the government anyways, out of the fear that they might be used for spying. Instead of risking having their data monitored and stored, they use a VPN to unblock the fast and secure Telegram app.

Telegram has been banned in both Iran and Russia recently for not submitting the encryption keys that would allow the authorities to read the data delivered via the platform. Many people have turned to VPNs in order to reuse the app that has proven to protect their privacy. A VPN is a technology that connects a private network to a public network and enables its users to send and receive data from that public network (the internet) as if their computing devices were directly connected to the private network. It also can be used to access region-restricted websites and hide users’ online activity from prying eyes or surveillance.

How to Use a VPN to Unblock Telegram

Now if Iranians insist on using Telegram despite the ban, they’re going to have to do the following:

Many VPN service providers promise security and zero restrictions. However, not all of them seem to deliver what they claim to offer. To save you some time, we have listed for you the VPNs that have proved their functionality and quality services. Make sure you check the ones we’ve tested out and recommend in the table below. We’ve previously published a review of top VPN services Iranian citizens use as well.

“We don’t monitor or log your activities” is the first thing ExpressVPN wants you to know about its services. People value their privacy and ExpressVPN’s services are based on people’s standards and requirements. They provide their users with an anonymous IP, which they can use to bypass geo-restricted material like Telegram without getting into trouble with the authorities.

Whether it’s unblocking geo-restricted websites and applications or bypassing government controlled filters, BulletVPN believes they can deliver super speedy services. BulletVPN implements strong and secure enough protocols to unblock censored or restricted content. So, accessing Telegram in Iran shouldn’t be a problem with this VPN.

This is an excellent security service provider, one that uses a double encryption to secure users’ data and traffic. You can always get in touch with customer support for guidance and assistance when faced with technical issues. NordVPN does not keep logs of their users’ online activities and provides them with the means to access restricted content no matter where they are located.

A VPN to Unblock Telegram in Iran

The reason why users prefer Telegram to any other messaging app is mainly because it doesn’t allow any third party. Not even the government can read the messages they send and receive. That gives them an even more encouraging reason to subscribe to a virtual private network. If they value their online privacy that much, then getting a VPN would definitely protect and maintain it. Iranians can go ahead and unblock Telegram or any messaging app of their choice once they get their hands on one of the VPNs we have mentioned above.