Securing your webcam is a must. It’s as simple as that. The only thing that’s better than communicating with someone that’s far away from you is getting to see them at the same time. Webcams have allowed many of us to feel a bit closer to anyone we could be speaking to, and they’ve also allowed businesses to communicate far more efficiently to employees sent abroad on assignment. Journalists have also greatly benefitted from webcams as they have allowed them to interact and interview people from around the world. Despite the many advantages that have been brought forth through its use, a webcam is also capable of placing its user’s privacy at risk. 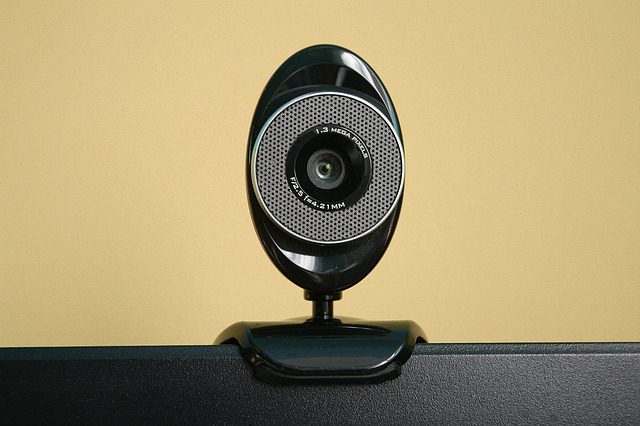 Why You Should Secure Your Webcam

Threats You Might Face Through The Use Of Your Webcam

Hackers and spammers have come up with various methods that they use to infiltrate an unsuspecting user’s Internet connection, and discreetly switch on their webcam. Such a practice has come to be known as camfecting, and the more shocking fact is that it is not only cyber criminals who are engaged in this practice. A number of government organizations have been known to use discreet technology to hack their user’s devices and monitor them through their webcams. One such incident that was able to illustrate how possible it was to hack a specific person’s webcam was that of 2014’s Miss Teen USA, Cassidy Wolf.

It was alleged that a former classmate was able to gain access to her webcam and monitor her privately for some months. The classmate later on started to blackmail the former teen model threatening to reveal intimate pictures of her, but the police were soon able to catch up with the culprit before he had done any serious damage. After questioning, he confessed that he was able to hack into more than 150 people’s webcams and spy on them, all without their knowledge.

The sheer number of victims whose webcams he was able to access brought to light a concern that users who care a lot about their privacy ought to think about. Interestingly enough, you don’t need to be a tech whizz to do what Ms. Wolf’s culprit was able to do since there’s a large variety of malware that’s available online that can make things a lot easier. An example of such would be one that known as “Blackshades”. Classified as a remote access trojan, it is able to get onto your computer after you visit an infected site, or even open a spammy email attachment. Once it’s in, the hackers responsible are then able to control the device’s webcam, and secretly spy on whatever the victim is up to. The malware is also easily available, with users having to part with only $40 on the dark web to be able to use it.

If you’ve never heard of this, then it might sound really absurd. There are a number of websites online that have been able to access unsecured webcams, and they’re able to stream their live feed through their site for anyone to view. They argue that they’re not really hacking, but they happen to be taking advantage of the vulnerabilities that exist. Such vulnerabilities include cameras whose original settings haven’t been modified by their users to enhance security. The site owners therefore scan the Internet for unsecured cameras and then stream their live feed.

The easiest way to ensure you stay safe from anyone hoping to watch you is to cover your webcam. You could do it simply placing a black tape on top of the webcam and test it out through apps that allow for video calling just to ensure that nothing is visible. As an alternative, you could also get online and look for physical webcam covers that suit different types of devices and come in varying sizes and shapes.  If you tend to use your webcam a lot for video calls then the next best thing would be to ensure you close your laptop whenever you’re not using it.

Another way to prevent yourself from being targeted by hackers is to switch on the LED notification lights in your webcam. This way, you’ll get to know whenever the camera is active since the lights will also come on. If you happen to be busy on your laptop and you all of a sudden notice the LED lights coming on, then someone may be spying on you. On the other hand, if you happen to be using a stand alone camera, then you need to ensure that you change the default security settings. This can be done by altering the factory settings that came with the camera through the software that came with it.

One more thing you can do to reduce any chances of being spied on is to initiate regular scans on your computer through your antivirus software. This way you’re able to rid your machine of any webcam malware that might be present, and keep you secure from any threats.

Securing Your Webcam Through VPN

If you’re looking for an all round solution, then there’s nothing that comes close to the level of security that you’ll get to enjoy from a credible VPN service. Subscribing to a VPN network means you’ll be able to conceal your identity online, and this is done through the use of a virtual IP address. Since most webcam malwares rely on your IP address to gain access to your computer, by subscribing to a VPN service you’ll be able to exchange your actual address for a virtual one, and therefore prevent any malware from tracking your connection back to you.

Aside from securing your webcam, a VPN service will also allow you to access geo-restricted channels, and use prohibited websites regardless of wherever you may be. You’ll also have more confidence when using public Wi-Fi connections, and also when conducting online transactions since you’ll be assured of a secure connection. Incase you’re worried about your ISP tracking your browsing activity, a credible VPN service will allow you to shield your traffic from them, and in the long run prevent any form of speed throttling or content restrictions they’re known for enforcing.