Did you know that Ecuador was named so because the Equator passes along the South American country? Being located along the equator also means that the country experiences great weather pretty much all through the year, and is, therefore, a great place to visit whenever you’d prefer some warm temperate climate. The country also has so many natural features you could go see, as it is home to beaches and mountains as well as a capital whose historic center is recognized as one of the World’s Cultural Heritage Sites. If you’re coming from the United States, you won’t even have to convert your money as the US dollar is used as the preferred currency. 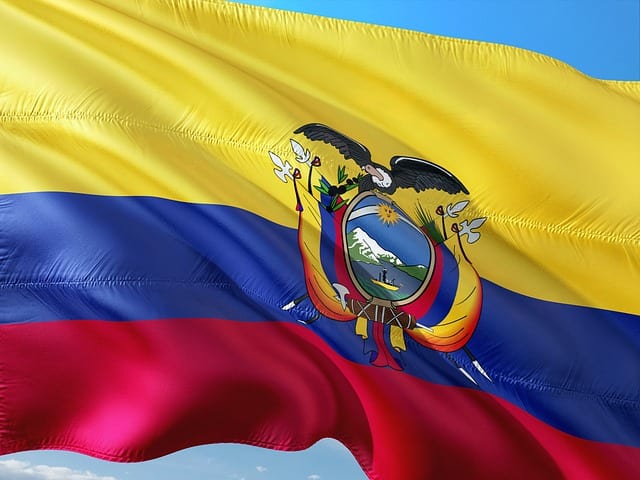 Ecuador has also been previously listed as one of the most expat-friendly nations in the world due to factors such as its good quality of life and manageable cost of living. Such reasons make the opportunity to relocate there really worth considering. The only issue you might come across either as a new immigrant is that you won’t have as much leeway to express your political opinions, especially through the Internet. The restrictions placed by their government on the use of the Internet has had it ranked as ‘Partly free’ by the Freedom House mainly due to the hostility faced by journalists who publish reports that criticize its administration.

These journalists have been forced to operate under the guidelines stipulated by the controversial Organic Law on Communications, where media outlets face consequences if they publish content that seems to be against its government policies. The regulation of Internet use in Ecuador has also had an effect on its normal citizens, where they’ve now been forced to remain very careful of the sentiments they post on social media especially when sharing their opinions about the government. One such case that shows the extent of what the government is willing to do to instill fear in its harshest critics is that of a Twitter user whose house got vandalized after making unfavorable comments about their president.

These are certainly not the type of conditions that you would like to be under if you hope to pack your bags for the country whether as an expat or a tourist. To keep your Internet use away from government spying, your best bet is signing up with a service that’s able to encrypt your connection. One such service is a Virtual Private Network.

Using a VPN in Ecuador

Using a VPN in Ecuador allows you to take charge of your online presence by providing the opportunity to hide your identity, and stay anonymous as you use the Internet. You’ll have all your traffic hidden from third parties, and this also includes your ISP. As an added advantage, using a VPN also allows you to work around any geo-restrictive blocks that may have been placed on a site, thereby granting you access to a wider range of content from around the world.

In order to choose the best VPN for Ecuador, you need to know exactly what to look for a provider. You want to work with a service that has reliable security, fast servers, available customer care and a worldwide presence. To save up time on your search, here are some suggestions that we have that already fit the bill:

ExpressVPN debuts in first place on our list as the one provider you can count on to secure your connection, and grant access to geo-restricted sites. The provider has a healthy presence of about 2000 servers, and this gives its customers a wide range of countries whose sites they can connect to. The provider is based in the British Virgin Islands, and this is well away from the influence of any data regulatory policies. The service also guarantees of a zero logging policy and allows its users to have up to 3 simultaneous devices attached to its service.

ExpressVPN provides its customers’ security through 256 bit AES encryption, and this is normally considered military grade protection. Users are also able to rely on its collection of Stealth Servers, which allows users to remain undetected even as they use the service in heavily restrictive regions. ExpressVPN also has quite the reward for its loyal customers, as they get to enjoy a month of free service whenever they refer a colleague who gets to purchase one of their subscriptions. The service has a lot more to offer, and you can find out what you stand to gain once you subscribe through our ExpressVPN Review.

Also another strong contender, NordVPN has both the network infrastructure and the professional expertise to ensure that any user who signs up with their service stays both secure and anonymous. The provider has quite the strong network, with about 4000 servers to its name, and a presence in over 60 countries. NordVPN is based in Panama, and this allows the service to uphold a strict zero logging policy.

Subscribers are able to have up to 6 devices connected simultaneously to the service, and still allows for both unlimited server switching and zero limits on data usage. NordVPN’s wide-reaching servers allow users to benefit from features that they’d not normally find with other providers such as DoubleVPN encryption, and the opportunity to choose which servers to connect to based on what they’d want to be doing online. Also included is an array of features such as an automatic Internet kill switch, DNS leak protection, Onion over VPN as well as support for torrenting. Get to know all that NordVPN can do for you by going through our comprehensive NordVPN Review.

CyberGhost VPN is a great alternative for those looking to save up on the amount spent on their online security. The service offers the industry standard 256 bit AES encryption and has its service based on providing security through the widely preferred OpenVPN protocol. Courtesy of being based in Romania, the service is located outside any of the 14 eyes countries, meaning the company isn’t subject to any of their data sharing agreements. The service also has an impressive 1300 servers within its network, and also allows for up to 5 devices to be signed up under one connection.

The service also has a zero logging policy in effect, so even they will remain unaware of whatever you’re up to online. The provider also has the capability to work within the Tor network, and it is also safe for torrenting without any issues whatsoever. The service is also great for accessing streaming services such as Netflix, and their servers are also fast enough to ensure users can stream in HD without having to wait for buffering. We have a more detailed explanation of what CyberGhost VPN can do for you on our CyberGhost VPN Review, and we highly recommend that you go through it if you’re thinking of signing up with the service.

Sum Up On the Best VPN for Ecuador

Using the Internet in Ecuador really can be stress free if you know which VPN provider to sign up with. The services we’ve mentioned are all great for browsing anonymously, and having your connection encrypted at all times. 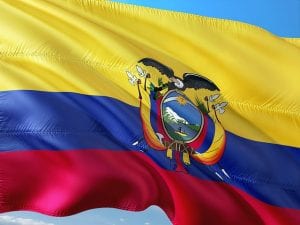 Description: ExpressVPN is the perfect VPN service provider for all your online privacy needs.