What are the best Kodi 18 Leia Repositories? With the imminent launch of Kodi v18, also known as Leia, you’re probably looking for various sources to install new addons on the new XBMC version. In the last couple of months, many unofficial Kodi repositories seized to exist for numerous reason. The likes of Ares Wizard, Colossus repo, as well as the Smash repo are all no longer working. With that in mind, we take a look at the best repositories for Kodi 18 Leia. At the time of writing, all of these repos should still be working. You should also be able to install these top Kodi 18 Leia repositories on your PC, Mac, Android, FireStick, Xbox One, and of course Raspberry Pi. 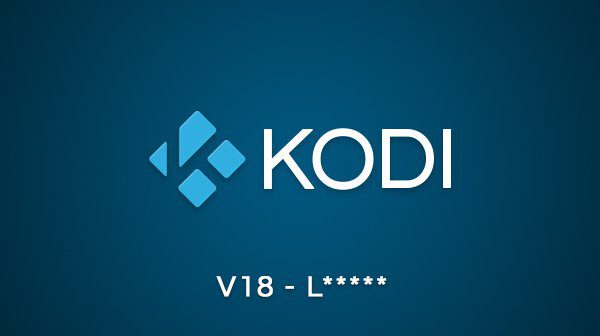 Let’s take a look at the top repos you can use to install both official and unofficial addons on your Kodi device.

The official repo from the XBMC foundation is often overlooked. Many people don’t even know it exists. The official Kodi Add-on repository basically comes pre-installed with the Kodi app. It includes many great plugins such as iPlayer WWW, Zattoo, USTVNow, Youtube, MLB, NBCSN, among others. If you’re looking for Kodi addons that are both safe and easy to use, this is the only repo you should trust.

TVAddons recently released a new tool for Kodi. The Github Browser basically allows you to install addons as well as third-party repos without the need to manually add the source URL into your Kodi app. Github is a website for developers and many third-party Kodi addon developers publish their creations on that site.

The KodiNerds repo is unofficial repository that is mainly aimed towards German audiences. If you’re not a native German speaker, you should still be able to find various useful addons such as DAZN, Comedy Central, Eurosport, Zattoo, Youtube, and many others.

Superrepo contains over 800 Kodi addons. Keep in mind that some of these plugins might no longer be working. Also, be cautios over which addons you install using this repo as some might be considered illegal to use in your region. Still, Superrepo is one of the most extensive Kodi repositories and is definitely worth checking out.

Last but not least, the Kodil repository, similarly to Superrepo, contains lots and lots of Kodi plugins. While many of these plugins might not function properly or might not be worth your time, others are definitely worth installing. As with Superrepo, you might find some addons that grant users access to ‘pirated’ content. So do some research before installing addons using this repo.

Most Kodi 18 addons only work in certain regions such as USA, UK, Canada, Australia, and Germany. To bypass these regional restrictions and watch live and on-demand content on any Kodi plugin you want anywhere you want you have to spoof your location online using VPN. Below are some of the benefits you get when using VPN with Kodi 18 Leia.

From personal experience, ExpressVPN is the best VPN service you can use with Kodi 18 Leia. They have optimized their VPN apps to work better with Kodi add-ons and have a no-logs policy. Check out our reviewed list of the best Kodi VPNs in 2018 below.
Last Updated Today

So what do you make of our list of top 5 Kodi 18 Leia repositories? Do you think the list is fair or should there be other repos included? Share your thoughts with us by dropping a comment below.