Students using social media platforms is nothing new. However, the in-class use of sites such as Twitter is frowned upon. School is supposed to be a place where students come to learn not goof around online. This is why many schools have banned Twitter on campus, but there’s a way that ban can be reversed. Learn how you can unblock Twitter at school in the following article. 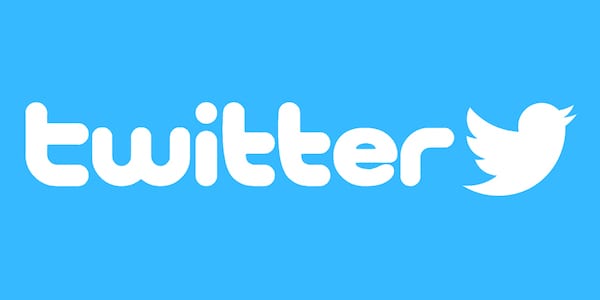 In the school’s defense, students barely focus in class without any distractions at hand. With Twitter at their disposal, they will lose focus. In fact, they won’t focus at all. Apparently, Twitter is a major distraction that sets students off track and lowers their overall school performance. Twitter along with many other social media platforms are entertainment technology that brainwash students. These platforms don’t make students any smarter. They have zero contribution to their educational development. Plus, they are unnecessary for healthy social development. Twitter is nothing more than an addictive form of screen entertainment.

While students are too busy reading and sending out tweets, the teachers’ lecturing is falling on deaf ears. Additionally, by being on their phone the whole time, students escape the real world they’re in. They tend to lose the need to make an effort to initiate conversations in real life, while they’re so good at it behind the screen. Social media replaces learning the hard social “work” of dealing face-to-face with peers, which is a skill that they will need to lead a successful life. There are many reasons why schools ban Twitter, but now our focus shifts on bypassing that block and lifting the ban.

How to Unblock Twitter at School Using a VPN?

Twitter is home to breaking news, entertainment, sports, politics, and people’s daily thoughts. We understand why students would be upset with a Twitter ban at school. Although the school’s administration has a valid argument as to why it should block Twitter, many students use it for different purposes. Twitter can be advantageous in different areas, which we’ll later reveal in the article. Students want to know what’s happening in the world and what people are talking about, and they can’t do that if Twitter is banned. By the time they get home, the news will be outdated.

A VPN, the virtual private network is a service that allows you to access the web safely and privately by routing your connection through one of its servers. The VPN connects your device to one of its servers thus creating a secure private network between two hosts. The VPN creates a digital tunnel through which your device accesses the Internet. Its where your data gets rerouted and encrypted through the server in the country you chose. Furthermore, a VPN masks your IP address to prevent third parties from obtaining your physical location and identifying your internet provider. Not only does the VPN add an extra layer of security and privacy on your internet connection, but it also makes you anonymous online.

How to Unblock Twitter at School Using a VPN – Steps

Follow the steps we’ve laid out below so you can learn how to unblock Twitter at school using a decent VPN service provider.

Undoubtedly, ExpressVPN is one of the best VPN providers on the market today. This provider is easy to use, compatible with the majority of all devices and values your online security. Moreover, ExpressVPN allows torrenting and seamlessly unblocks worldwide content. For more information on other VPN service providers, make sure you check out the table below.

While the school administrations might argue against the in-class use of Twitter and its likes, we have reason to believe that incorporating Twitter into the lesson plan can be educational and helpful to both students and teachers. Check out some of the reasons why we think Twitter shouldn’t be banned at school.

Not only does integrating technology and social media into the curriculum allow teachers to become more relevant. Plus, it increases student engagement in the classroom. Social media networks contribute to students’ development of collaborative skills that are needed in today’s high-tech, global society.

There’s a lot to learn on the world wide web, especially on Twitter. Students are aware of how Twitter functions, which makes it easy to refer to it as a research tool. Twitter is one of the best places to be to know what’s happening right now in the world. The giant platform serves as a source where a huge number of active users get first-hand information from.

Twitter also serves as a means of communication between online users on a public format. Also, it allows you to get direct feedback from multiple parties. With Twitter being open for everyone, the platform encourages openness and accountability throughout communications.

With the help of this guide, you’ll unblock Twitter at school in no time. Then, you’ll be able to see what topics and hashtags are trending, discover and relive moments, curated stories showcasing the very best of today’s biggest events, get caught up on news headlines and videos, re-experience the latest sports highlights, get to know all about pop culture and entertainment, and see what fun stories are going viral on Twitter at school. Share with us your experiences in the comment section below.