It seems like the scandals refuse to end for Facebook. The first social networking site that introduced people to stay connected to the internet in 2004, has been rocked by one scandal after another since the last several months. Most of these scandals are surrounding user data theft and privacy violations. Although these violations may have existed ever since the site’s inception, they are being known only now because the world is overly concerned about Internet safety today. 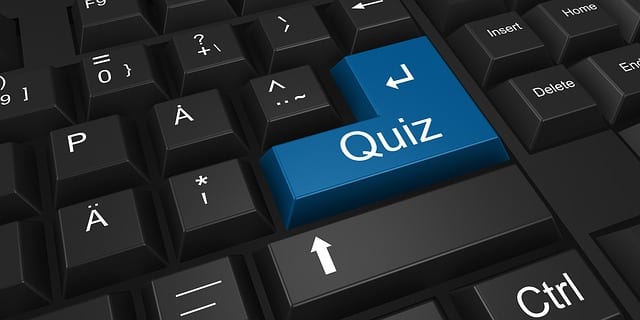 Why You Should Never Take A Personality Quiz on Facebook

If hackers and cybercriminals didn’t exist, the general public may have never got to know what Facebook did with their personal information. And given the nature of Facebook, most people do share a lot of personal data on the social media platform. Well, probably not anymore!

The latest scandal involves a personality quiz. We all keep taking such fun quizzes online and think they are harmless.

This Facebook quiz was apparently not, because three million users’ data from the quiz are circulating on unsafe sites. Although the data was supposed to be accessible only via an approved research platform, it hasn’t been so. Data harvested from users are now freely circulating on the web and can be accessed by anyone.

Facebook has been under glare ever since the US presidential election-related scandal came into the public.

Cambridge Analytica, the company responsible for the user data collection for use in the election campaign, also collected data through various quizzes under the guise of academic research. Now it can be seen that it wasn’t the only instance.

Most of the quizzes on Facebook are with the intention of data collection. In fact, users taking part in the quiz unknowingly give permission for the data to be shared with third parties.

In the case of this new data breach, the myPersonality quiz on Facebook was used to collect different types of personal information from users who took part in it.

Many of the users unknowingly also gave permission for the data to be shared with third-party researchers. Of course, if the users had known that the quiz would be part of another data scandal, they wouldn’t have given their permission, or taken part in the quiz at all.

Almost 300 people at different technology companies had access to the data, and somewhere along the way, the data showed up on a very unsafe site. Although the data is password protected, it can be easily found with a simple online search.

It has been found that the data collection may have begun as far back as 2009, and Cambridge Analytica was supposed to take the data. However, it later turned down the data acquisition because it was interested in political data.

Ever since its data theft came into view, Facebook has been suspending accounts that may have had access to user data.

Only last month, the social giant suspended the company CubeYou, which designed quizzes related to academic studies with the intention to sell the data to marketing companies. Facebook also banned another account that belonged to a company that assisted with building the tools used in the Cambridge Analytica scandal.

CubeYou was suspended after Facebook was told by investigative journalists that the company stole user data in the guise of quizzes. CubeYou quizzes are allegedly labeled as data for non-profit academic research, but is actually used for marketing and advertising purposes.

Facebook’s involvement in several data theft scandals has angered millions of users around the world. Several users have also deleted their Facebook accounts as a show of anger against the social media giant (that is what people are doing with Twitter too!). Facebook happened to be an integral part of many people’s lives, be it young or old. But these scandals have tarnished the company’s image and led to mass distrust. Hillary Clinton and Chelsea Manning know all about that!

Facebook has responded to the latest quiz data collected with the promise of an investigation into the myPersonality quiz and related applications. So far, Facebook has suspended over 200 apps that may have been involved in data harvesting.

Although Facebook has been aware of the quiz since 2011, it never took any action until now. There are several more quizzes on Facebook that people enjoy, not knowing that they are exposing their personal data.

It remains to be seen how many more scandals are uncovered about Facebook and what action the social media giant takes.