Earlier this year, news that Google was developing an Android app that complies with the rigid regulations of the Great Firewall of China leaked. To many, this suggested that Google intends to re-enter the Chinese market. Today, Google’s CEO says otherwise. Read on for the full story. 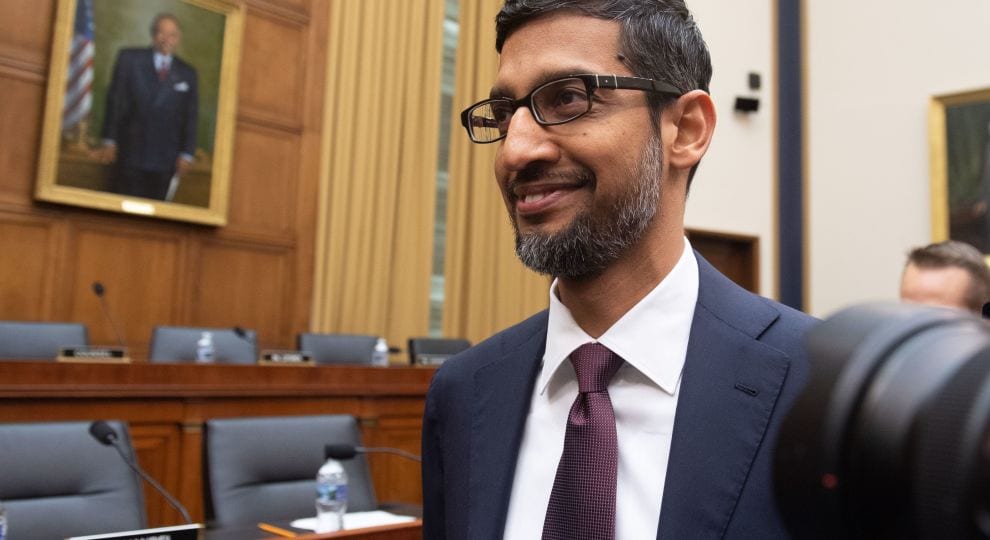 Google’s CEO: No Plans to Relaunch a Chinese Search Engine

In Tuesday’s  U.S. congressional hearing, Google’s CEO Sundar Pichai told the panel that Google has “no plans” to relaunch its search engine in China. Pichai, however, stated that the tech company was still studying the idea.

He also added that Google “developed and looked at what search could look like. We’ve had the project underway for a while. At one point, we’ve had over 100 people working on it is my understanding.” In other words, Pichai confirmed that Google did develop a China-specific search engine, but only for the sake of researching its potential.

So far, it seems that Google is considering the option of re-entering the Chinese market, but hasn’t yet tried to ensure its release. However, U.S. lawmaker did not shy away from asking about the implications held in such a step. After questioning Google’s intent, Democratic Rep. David Cicilinne told Pichai directly,

“It’s hard for me to imagine that you could operate in the Chinese market under the current government framework and maintain a commitment to universal values, such as freedom of expression and personal privacy.”

The congressional hearing also discussed Google’s current search engine. The lawmakers questioned Google’s CEO on the company’s search results, focusing on concerns that the results are biased against conservatives. Another line of questioning dealt with Google’s intentions to influence the outcome of the 2016 presidential elections.

Democrats, however, rejected that claim, stating that the search results are, in fact, biased against liberals instead. Pichai, however, told the panel, “we don’t engage in partisan activities.”

In fact, this isn’t the first time Pichai had dealt with allegations of favoring a specific political side. In a written testimony to the House Judiciary Committee, Pichai stated,

“I lead this company without political bias and work to ensure that our products continue to operate that way. To do otherwise would go against our core principles and our business interests.”

Whether or not Google intends to re-enter China’s market remains to be seen. However, the fact that Google’s CEO confirmed already working on the search engine shouldn’t be taken lightly. If history has taught us anything about Big Tech, it’s that if they have the technology they will use it.

On a more positive note, Tuesday’s hearing did show that lawmakers are not giving Big Tech the benefit of the doubt anymore. It does seem like we might be heading towards a more international law that regulates how companies like Google and Facebook, for example, handle users, their data, and how they conduct business. Honestly, it’s about time, too.