Using a VPN service allows you put your security in place for everyone who would be hoping to either infiltrate your connection or get a hold of your personal information. Once you have your VPN connection setup, it becomes very difficult for anyone to hack into your device. It’s even become more important nowadays because more and more people prefer to use more than one device, thereby increasing the possible avenues for attack. If you constantly use your laptop, mobile phone, tablet or TV streaming service, it is important that you set up your VPN connection in such a way that all your devices get to benefit from that provider, and you’re able to prevent any form of getting hacked. Doing so requires that you first identify a VPN provider that allows for a particular number of simultaneous connections. There are not as many services that allow for more than 4 of such connections, so sometimes you might have to turn to other methods in order to share your VPN connection. In this review, we’re going to take a look at some of the methods that you could consider. 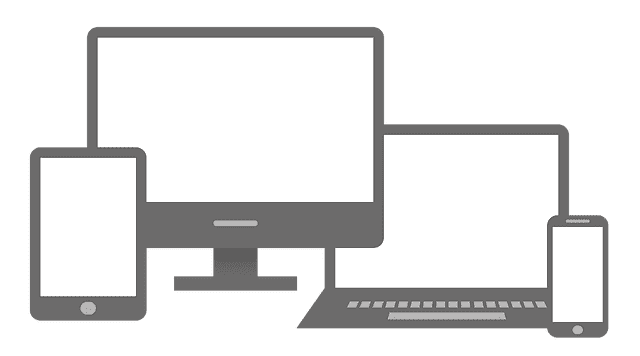 There are plenty of options you can use to share your VPN connection with other devices.

If perhaps you happen to own less than 5 devices, a VPN provider that offers the choice of having up to 5 connections set up should be more than enough to cover all your needs. All you’d have to do is conduct a little bit of research to establish which provider will allow you to connect more than one device without compromising on the quality of your connection. Doing this involves going through a VPN’s website and reading keenly through their list of features. In case they talk of support for simultaneous connections (or multiple logins) but fail to mention anything concerning how many connections they happen to allow, you could go ahead and contact their customer care service and ask.

To help you out with your search, we’ve also gone ahead and identified a number of VPN services that allow for 3 or more devices to share one VPN subscription at the same time:

Although ExpressVPN only allows 5 simultaneous VPN connection, we’re placing them as our number one choice. This is mainly due to the fact they offer Smart DNS proxies. While these proxies do not encrypt your traffic or hide your IP address, you can use them to unblock all major streaming channels from around the world. Smart DNS can be directly set up on PS3, PS4, Xbox, Apple TV, and other devices which do not natively support VPN. So, if it’s getting around geoblocks is what you’re looking for, ExpressVPN is the way to go.

IPVanish has proven itself as one provider that is more than capable of ensuring that users data is kept safe and secure, and has also ensured that all have access to its more than 1000 servers scattered over 70+ countries around the world. They have the capacity to support up to 5 devices connecting all at once, at a price that is far cheaper than having to open more accounts with another provider. You can have a look at a more detailed IPVanish review here.

NordVPN is another top-tier provider that does not compromise on its obligation to provide you a service that ensures all your online security needs are well taken care of. With features such as double VPN and up to 5 simultaneous connections, all offered at a price of about $3 a month for a 2-year subscription, this makes them one of the few providers that offer the best value for money. We have a more detailed review of their service here.

Our fourth suggestion is a Romanian based service, which a growing network of over 600 servers, all scattered in 30+ countries. They allow for up to 5 simultaneous connections, but that’s only after you bump up to their premium plan, that runs for about $10.95 a month. To test out the service, you’ll still be able to add up one more connection during your trial period. Here’s a more detailed review of their service.

2. Sharing VPN Through Your Router

In case you’re already subscribed to a VPN provider that doesn’t offer as many options to increase your connections, the next best thing to do would be to setup VPN on your Wi-Fi router. The logic here is that your router will appear as one device from your provider’s point of view, meaning you’ll be able to share this connection with as many devices as possible. As considerable as this alternative may seem, it also comes with its fair share of disadvantages.

Setting up VPN on your router requires a bit more of technical knowledge, as most routers make it difficult for you to tamper with their factory settings. Using VPN is known to slightly decrease the speed of your Internet connection, so you’re likely to stay on a low speed once you get it set up on your router as there’s no easy way of turning it on or off. To make your router more compatible with having VPN setup on it, you might want to consider flashing it (replacing its firmware with another that supports VPN). Two such firmware types are DD-WRT and Tomato.

To work around the issue of your VPN always being on, one thing you could do is setup two routers. One would function as your normal router would, and the other is the one that you’d set up your VPN connection on. This way, you’d be able to connect to the main one whenever you don’t want to use VPN.

3. Sharing VPN From Your Computer

You can also take advantage of the settings available in your windows or Mac computer to share your VPN connection with other devices running similar platforms. The settings for both systems are different, but we have the general steps you ought to follow to get it done on both.

Sharing Your VPN Connection on Windows

Sharing your VPN connection on Windows involves setting up a virtual router with a selected SSID and password through the command prompt. You’ll first need to see if Windows has the required drivers to do so, and if it does, you’d then have to proceed to share the virtual router. Doing so involves the following steps:

Sharing Your VPN Connection On a Mac

There are a couple of pre conditions that need to be in place if you’re going to be using your Mac to share a VPN connection. First, the service has to be using the PPTP or L2TP-iPSec protocol, and second, you’ll have to be connected to the Internet using an ethernet cable. If both conditions are met, then you can go ahead and start by assigning a name to your VPN connection like “My PPTP VPN”.

Establish a connection from your Mac to this service, then open the system preference menu and click on sharing. You’ll see a panel that reads “Share your connection from”, followed by the name you’ve chosen for your VPN. You’ll need to also specify how the connection will be shared, and this can be done on the “To computers using” panel, where you should then select the “Wi-Fi”.

A window will then pop up for the “Wi-Fi Options”, where you’re required to give a network name for the shared VPN connection. Choose the default option for “Channel”, and select “WPA2 Personal” for “Security”. You’ll then be required to provide a password for your shared connection. Booting up your VPN sharing requires you to head to System Preference > Sharing and click on “Internet Sharing” which should be on the left panel. Click on “Start” to confirm.

4. Using Your Mobile As a Hotspot

The four methods we’ve specified for sharing your VPN connection should be straightforward enough for you to apply by yourself, without the need for as much technical assistance. If you however get stuck, we’re happy to be of help. Just post your question or comment in the section below and we’ll get back to you as soon as we can.