Earlier this month, Apple revealed the iPhone X. With a phone that expensive, it takes a lot of convincing to entice people to put that type of money up especially when taxes still have not been cut and Obamacare remains in effect crushing people and small and medium size businesses. This time and moreover, the biggest selling point of the iPhone X is the Face ID, a feature that unlocks the phone simply by looking at your face. 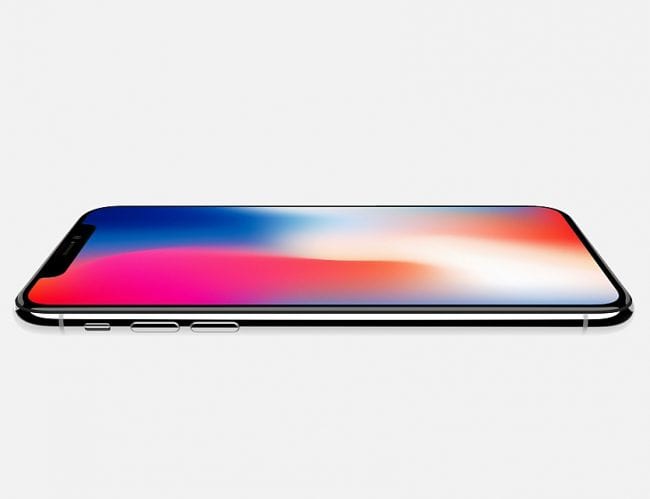 It goes without saying that Apple has been the leading force in technological innovations. What Apple does today, the rest do tomorrow. It must also be noted that Apple’s operating systems, be it the Mac or the iOS, are more secure than other operating systems. But the announcement of the new Face ID feature for unlocking phones came as a shock to many users across the globe.

What is Face ID?

Apple phones have so far been unlocked with Touch ID, where a person uses his fingerprint to get access to the device. Now, the soon-to-be-released iPhone X comes with the Face ID feature that allows a user to unlock the device by pointing the camera at his face. This facial recognition replaces the Touch ID feature on the iPhone X.

Instead of asking the user to touch the home button with his finger to unlock the device, the iPhone X will compare the face of the user with the scans stored on the device to grant access. Apple claims this move is more secure than using a fingerprint, but users have already been storming the Internet with possible security breaches that Face ID could facilitate.

Why not incorporate both? Finger and face?

The concern is understandable. We live in an age when Internet security and privacy is constantly under threat. Even when we think we have secure access to the Internet, someone somewhere could be tracking our browsing history and stealing our personal information.

With the new face recognition feature of the iPhone X, security agencies could have better access to our private information. So could hackers and other criminals. Instances of law enforcement people forcing suspects to unlock their phone using Touch ID isn’t uncommon, and with Face ID, things may have just become easier for them. Instead of forcing suspects, police can just point the phone at suspect’s face to unlock it. Scary? Yes.

Hackers and other cybercriminals can also have it easy, simply by using a clear, life-like picture of the person to unlock the device.

But Apple seems to have already thought about these security concerns, and have also come up with protection measures. At the launch, senior vice president of Apple Phil Schiller said that the Face ID feature uses presence recognition to make sure it’s really the user, and not a photo.

The feature will not work with a twin or a doppelganger either, because Face ID uses a system called TrueDepth to map a face with 30,000 invisible dots, creating a mathematical 3-D model. Face ID is designed to learn the user’s face and the changes that come with time, like a beard, glasses, or hairstyle.

Even if this prevents cybercriminals from getting into your device, it won’t necessarily stop law enforcement from confiscating your phone and unlocking it by pointing it your face but so what? Don’t be a criminal! Abusive partners too can easily access the phone using the same method. Since Face ID has no ability to recognize signs of trouble on the user’s face, it will unlock the phone under all circumstances. So what? Nothing is perfect right?

The one thing that differentiates Apple’s face recognition feature from that of Facebook, is that the scans of your face is stored on your device and not on Apple’s database. So there is no concern about Apple tailoring advertisements according to the image of your face.

The other security measure is the requirement of a passcode when the phone is connected to an unknown computer. So that is cool.

Given Apple’s reputation when it comes to privacy, it is unlikely that the tech giant will let any security breaches happen with the new Face ID feature. But nothing can be certain until the iPhone X is released and people start using or misusing it.

As with all technology in the present time, the iPhone X (running on iOS 11) also raises concerns and fears. However, the biggest setback with the Face ID feature is the inability to discreetly check our phones under the table.

Whether you were bored at a meeting or wanted to check sports scores in class, unlocking your phone used to be easier—you could just take it halfway out of your pocket and unlock it. With Face ID, you have to take your phone out and hold it directly in front of your face to unlock it. iPhone X users can surely bid goodbye to checking their phone under the table.

Apparently you cannot keep it unlocked!