Is VPN legal and safe to use? A lot of people who consider using VPN to bypass regional restrictions for the first time are hesitant. They have two major concerns. Are they committing an illegal act by using a virtual private network? Are they putting their device’s security at risk? In this guide, I will cover both VPN legal and safety concerns. So, is VPN safe and legal to use in Australia, Canada, UK, Germany, France, or the USA? Let’s find out. 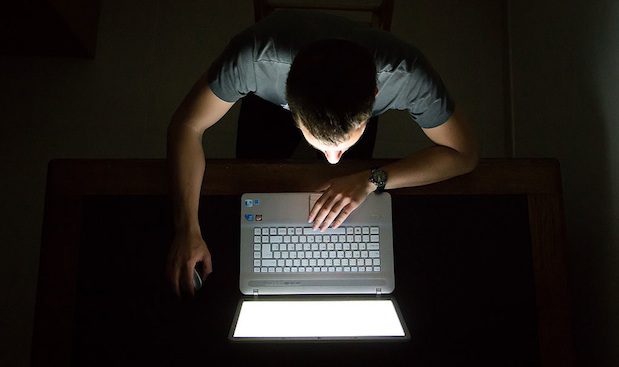 Is VPN Legal and Safe to Use?

Disclaimer: The information included in this article is intended is for informational purposes only and should not be considered legal advice on any subject matter. You should not rely or act upon this information without seeking professional counsel.

VPN’s main task is to add an extra layer of privacy and security to your online activities. In other words, you’re safer with VPN than without it. All your Internet traffic is encrypted. Neither your ISP, hackers, or government agencies can eavesdrop on what you are doing online. That is as long as you are using a reputable VPN provider.

Unfortunately, not all VPN services have their users’ safety at heart. This especially applies to free VPNs like Hola. Instead of shielding their user’s Interne privacy and safety, they sell your private data and even bandwidth to third parties. You have to realize that once you connect to a VPN server, all your traffic will pass through that server.

The bottom line is that a VPN is safe as long as you are using the right VPN provider.

Is VPN Legal in the USA, Canada, or Elsewhere?

In short, yes, VPN is totally legal. Setting up your own virtual private network or signing up with a VPN provider will not get you into any legal trouble. In fact, government agencies, law firms, accounting companies, all do use their own private network. That way, they can keep all their sensitive data away from prying eyes. In other words, using VPN is not illegal in the USA, Canada, Australia, or the UK. There is no law that prohibits the citizens of these countries from connecting to a VPN server.

In some countries, however, there are binding laws that force VPN providers to release their user’s data in case a government agency asks them to. What you need to make sure of is that your VPN service does not keep any logs of your browsing activities.

Some streaming channels might state that watching their videos while connected to a VPN server is against their terms of service. They might cancel your subscription if you’re using VPN. However, these incidents have been few and far between. In most cases, a streaming channel simply blocks the video you’re trying to watch until you disconnect your VPN connection.

Freedom is not so easily available to everyone. Here is a list of the top countries where liberal internet services, as well as VPNs, are either restricted or outright banned:

The People’s Republic of China is one of the most restrictive countries in the world when it comes to free internet access. The Great Firewall of China blocks a very extensive list of websites otherwise freely accessible everywhere else. This includes Google, Facebook, YouTube, and many other popular websites we use every day. China has been cracking down on VPNs recently.

However, you can use VPNs to bypass the government ban and access the content on these sites. Realizing this, the Chinese government has passed a law that bans all VPNs other than the ones approved by the government.

The shortfalls of this are obvious. Government-approved VPNs will not allow you to access sites banned in the country. Moreover, these can be easily used by the government to monitor internet activity. Failing to respect these laws will land you a hefty fine and in some cases may even result in jail-time.

Another exemplary state where people don’t really enjoy a lot of freedom, North Korea has one of the strictest internet laws in the world. In fact, it has steadily been striving towards a national intranet. This means North Koreans may soon be completely cut-off from the global internet at large. Only a handful of government officials have actual access to the internet and even they have many websites blocked.

Whether there actually is a nuclear war between the US and NK or not, it is obvious that the NK government’s war on its own people’s freedom is becoming a greater success with every passing day.

The Russian government has always been wary of ‘dissent’ amongst the masses. This, in particular, impacts online dissent. For example, LGBTQ activists and liberals who support these basic human rights are often subjected to heavy fines and penalties when found expressing their views online.

So people in the Russian Federation have been using VPNs to discreetly connect with like-minded people and voice their opinions of the government’s oppressiveness. But the government has caught on to this and recently passed a number of laws banning VPN use. Russia might be a great place to travel but don’t expect your regular freedoms to be respected when you are there.

Turkey is one of the safer and more liberal Islamic countries in the world. The citizens of Turkey arguably enjoy greater rights (read privileges) than any other Islamic Nation in the world. This has typically extended to the internet as well.

However, in recent times, the Turkish government’s policy has shifted towards curtailment of internet freedom. Their social media has been subjected to nationwide bans and this move is being expected to be long-lasting.

So to resume free internet access, many citizens resorted to VPNs. But the government was quick to discover this and made several crackdowns on VPN service providers and users. Now as it stands, it can be tedious to make use of VPNs in the country.

Ever since the US invasion of Iraq, the country has been struggling to find its feet and repeatedly failed. Insurgency is rampant in the country and people’s lives are continually affected by civil disturbances and violence. The rise of ISIS has further led to the curtailment of basic rights.

In a bid to deter more ISIS propaganda from polluting social media in the country, Iraq’s government has simply switched off internet services in the whole nation. Naturally, VPNs are part of the package and if you get caught with one, you can land in some serious trouble.

UAE might have opened its door to international travelers, foreign investors, and others, but it still is one of the most restrictive regimes in the world. It is widely known for imposing a lot of restrictions on behavior and speech and the internet is no exception to this. In a recent series of impositions, the country has banned VPN use, but there is a catch. Only those activities circumventing regular internet bans are considered illegal. If you use VPNs within state-defined boundaries, it is not a problem. In case you’re traveling to the UAE for the first time, you’ll be surprised to find out that even VoIP apps like Skype and Whatsapp are blocked.

As I have previously stated, using certain ‘free’ VPN providers can get you into trouble. You might jeopardize your online security and privacy without even knowing. That is why the most crucial step is choosing a legal and safe VPN. I’ve reviewed quite a lot of VPN services and gone through their ToS and privacy policies as well. Here are my top 4 VPNs in terms of safety and legality. You are completely safe and are not breaching any laws by signing up with any of the following VPNs.

Is ExpressVPN Legal in Canada, USA, Australia, or France?

As I have mentioned earlier, you are not committing any cyber-crime by signing up with and using ExpressVPN.

Is VPN Legal and Safe?

VPNs have become an integral part of internet usage. From protecting your identity to accessing geo-blocked content to voicing your opinions without fear of government action, VPNs make everything easier. But if you are in a country which discourages VPN use, you should proceed with caution. It might be very satisfying to freely use the internet when it is banned, but this can come with serious repercussions that are best avoided.

Before you download and start using a VPN, it is highly recommended that you familiarize yourself with the surrounding laws and penalties associated with them. That way, you can know how to be safe and still enjoy all the pleasures the internet can provide.

If you plan to travel in a repressive country (such as China), make sure you already have a VPN on your system. Also, proceed with caution because the use of VPNs is illegal there.