Avoid NBA League Pass Blackouts using this basic howto. One of the most annoying things to an NBA fan is when games are blacked out. Using this guide, you will hopefully be able to bypass and unblock NBA League Pass blackouts.  Blackouts happen because NBA assigned a regional broadcaster in your area the rights to a game, as a result, it cant be shown online and you cant watch a game even with a valid NBA League pass 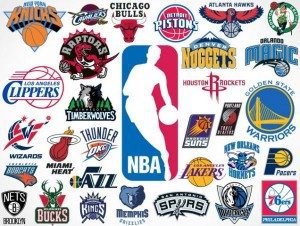 Given that NBA LP is available in so many countries, to bypass blackouts you need to make your traffic appear to be coming from a country where the game is not being broadcasted on cable television. One such country is Mexico. So you need to use either VPN or Smart DNS which are both technologies that allow you to change your online location to achieve that. Depending on what device you want to use and other needs either VPN or Smart DNS might be the choice for you. NBA League pass is supported on the following devices Apple TV, Xbox, iPod, iPhone, Ipad, Android, PS3, PS4 and Windows 8.

You can manipulate your IP address using a VPN and thus bypass NBA blackouts by following these steps:

VPN aka Virtual Private VPN is a different beast, given its encryption features and flexibility, it is a key tool for users who want to protect their identity and remain anonymous.   Or to bypass ISP / Site restrictions such as the NBA League Pass blackout. A few more  feats of VPN can be found below :

If you want to give VPN a try check out ExpressVPN, they do have easy to use apps for IOS, Android, PC, and Mac, this will get you from signup to unblocking NBA League Pass blackouts in no time.
Last Updated Today

Smart DNS selectively re-routes parts of your traffic that identify your geolocation. By doing so, Smart DNS does preserve your Internet speed and helps you bypass the NBA League Pass Blackout by making your traffic appear to be coming from a non-blacked out region. A few more notes about Smart DNS can be seen below :

A great Smart DNS Service is Unlocator, they sport great support, great speeds, a free trial and you can go from signup to bypassing NBA blackouts in a few minutes.

If you found this guide useful and you tried Smart DNS Proxies or VPN and got it to work, please share your experience.