Once upon a time, when the Internet was first invented, it promised to be free. The Internet was meant to be decentralized. Any person should be able to connect to the Internet for free because the Internet is basically radio waves. The problem starts when these radio waves are monopolized and commercialized. When you connect to the Internet, there are various tiers and networks that you have to pass through to be able to establish a connection. These networks could have been run by anybody, but unfortunately for us, they are run by telecom corporations that are heavily influenced by politics. 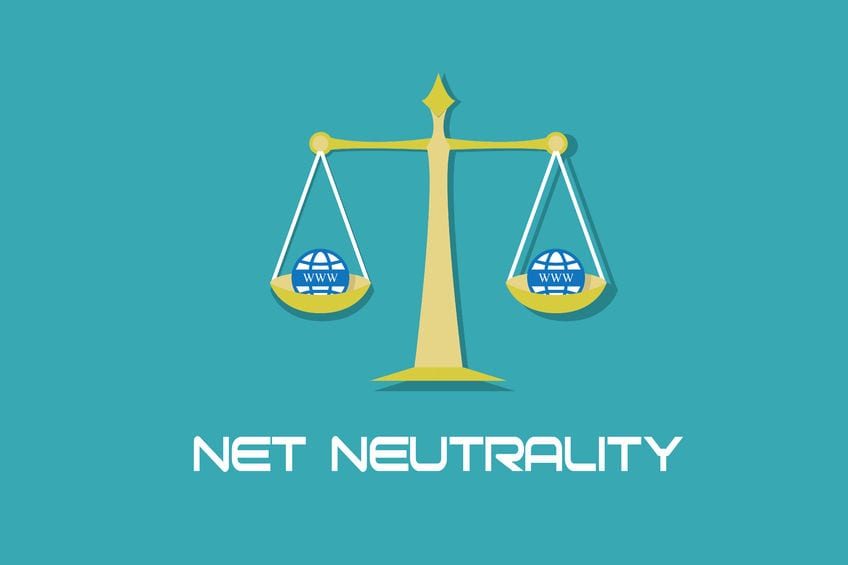 Not As Free As It Should Be

The Internet on its own is decentralized, but because the networks are owned by these large corporations, it isn’t free anymore. We have no control over how these networks work.

Cryptocurrency is trying to achieve the same thing, making currency free and unregulated with the help of the decentralized platform Blockchain. Because digital currencies like Bitcoin do not require government approval or regulation, every nation has been against it. Every nation wants cryptocurrency to be regulated.

But if it is regulated, the end result will be pretty similar to what happened to the internet. When the internet came about, it was supposed to be the biggest decentralized network in the world. But it’s far from so.

The Death of Net Neutrality

Even though the internet has always been controlled by large corporations, people still got to enjoy unfettered access to the content of their choice.

This was known as net neutrality, where the internet service providers were supposed to remain unbiased when providing access to content and applications, without favoring or blocking certain sites. Net neutrality never existed in countries like China or North Korea, where the Internet is heavily censored.

Even the telecom companies that run the networks are controlled by the government and have to block certain sites and applications. Sites like Facebook and applications like Gmail aren’t available in those countries because the internet service providers are free to block them.

In the US, net neutrality officially died on the 11th of June this year, after the open Internet order of 2015 was revoked.

The rule was passed in December 2017 and took effect from Monday. This gives Internet service providers the freedom to block access to certain content whenever they want to. That’s not all. Internet service providers can collect your data and hand it over to government and security agencies if need be. They can freely track your online activities without any care for your privacy.

Internet service providers that still support net neutrality may be hard to find but it isn’t impossible. If you use the big players like AT&T or Comcast, you cannot expect net neutrality. These big corporations are on the same team with the government and supported the rolling back of the open Internet order. If you use their services, your data will most likely be compromised.

However, there are smaller landline and mobile providers that support the regulations. All you have to do is find such a company. The ISP lookup tool called MapBox is a good way to find such ISPs in your region.

A virtual private network is one of the best ways to ensure that no one other than you are able to view your internet activity. By passing your internet traffic through a secure tunnel, a VPN encrypts your data and prevents unauthorized interception into your network.

VPNs are used by thousands of people worldwide for various reasons. From bypassing Internet censorship to protecting online privacy to unblocking region locked content, there are several uses of a VPN. Although there are free VPNs available too, it is recommended that you use a reputed paid VPN for the maximum protection.

Internet service providers use their own encrypted DNS systems that allow them to view all your activities online. You can use a similar encrypted DNS to prevent your ISP from snooping on you.

The encrypted DNS converts text to numbers, making it difficult to read your data. Although lesser known, this is one of the best ways to ensure that your data remains safe despite the external threats.

With the net neutrality regulation expiring, several states like Washington, Oregon, and California have formed their respective net neutrality rules. If you live in any such state, you still have some degree of protection and privacy. If not, you only have to hope and pray that your state also forms a net neutrality rule for the best interest of Internet users.