Online privacy is one of the hottest issues in the world right now. From online corporations like Google to local and international ISP providers, everyone has a stake in this field. Everyday internet users gain or lose a lot from this. But most of us do not really have the knowledge or resources to really care for our privacy in the minutest details. 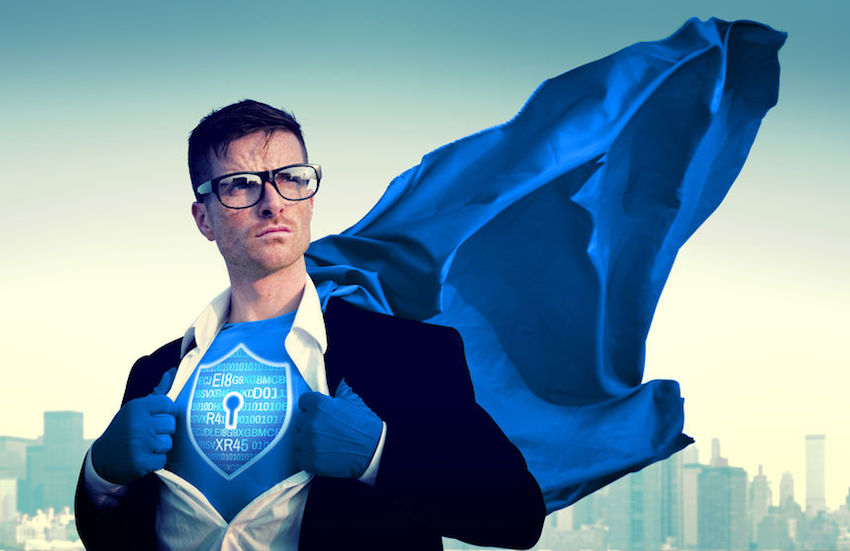 Many were the times when big corporations and governments betrayed the trust of a common online user. All thanks to the whistleblowers, we became aware of how our privacy is being invaded. Whether it is NSA leaks by Snowden or Thomas Drake revelations on NSA’s abuse, we have become warier of using the internet because of such heroes.

Born on June 21, 1983, American fugitive Edward Joseph Snowden formerly worked for the CIA (Central Intelligence Agency) and as a contractor for the US government. He copied the National Security Agency’s (NSA) highly classified information and leaked those documents in 2013. In his disclosures, he revealed numerous NSA run global surveillance programs. The majority of them were carried out in association with the Five Eyes Intelligence Alliance. European governments and major telecommunication companies are said to have cooperated in these programs.

Revelations about the US government’s monitoring on citizens across the world is being seen as a huge public service rather than a breach of trust. Similar to his forerunners, Daniel Ellsberg leaked the Pentagon Papers (formerly employed as the Defense Department official) and the nuclear technician from Israel Mordechai Vanunu. Mordechai was the one who leaked the existence of his country’s weapons program. Also, Snowden made people aware of important information they had. Furthermore, he brought this crucial information to the public domain. At the same time, he did not bring any lasting harm to his country’s national security.

Whistleblower Thomas Drake, a former CIA analyst, had dedicated himself to safeguard his country during his ten-years of Air Force (intelligence) service. He worked for the NSA (National Security Agency) as a contractor for 12 years and later in 2001, joined full time. Drake witnessed mass abuse and waste of billions of dollars funded towards Operation Stellar Wind. When he expressed those concerns to his NSA superiors, the agency itself, DoD IG (Department of Defense Inspectors General), and to the Congress, he had to face immediate retaliation.

Management targeted Drake’s career and removed him from his position and responsibilities. As a matter of fact, they only transferred him to meaningless positions. After being isolated, singled-out, and marginalized, he tried reaching out to various proper oversight bodies. However, nothing changed. Eventually, he legally revealed unclassified information to a reporter from Baltimore Sun. The reporter, later on, published many award-winning articles exposing the NSA boondoggle. However, in 2010, there were allegations made by the government that Drake had mishandled the documents. A rare Espionage Act case filed in US history. Drake has his defenders claiming that the persecution was because he had challenged the Trailblazer Project.

Whistleblowers William Binney and J. Kirk Wiebe, and clients of GAP had worked at the NSA (National Security Agency) for over 36 years. Both Binney and Wiebe had a part in many key revelations that were crucial to the public debate about national security state of America. Among those were the first public disclosure about Stellar Wind, NSA’s colossal domestic spying program. This program intercepts domestic communications of the US citizens, without protections. Binney revealed that telecommunications companies gave the NSA all access to international and domestic billing records of the citizens.

Even as they had to face extreme retribution for their disclosures regarding fraud, abuse, and a waste of taxpayers’ dollars, they did not quit trying to bring about a change in unconstitutional programs of the NSA. As truth-tellers, Binney and Wiebe continue to receive support from GAP, which provides assistance in media and public advocacy for whistleblowing matters. These important disclosures by Binney and Wiebe continue to make tremendous impacts on the still debated subject- the scope of US national security state.

Fortunately, there are many other security and privacy experts who are working in the field of online privacy right now. For the privacy-conscious internet user, following these professionals is the best way to stay current with the latest developments. Now, if you are new to this domain, you might not know who these experts are. So, here is a list of 7 security experts whom you can follow online on social media and through dedicated security websites.

Jennifer is a lawyer by profession and has been a defense attorney for some very high-profile hackers over the past few years. She currently serves as the Director of Civil Liberties of the Center for Internet and Society in Stanford’s Law School. She has a very active Twitter account. And although she mostly retweets critical news and security updates, she does offer commentary on them often. These insights are worth reading.

Simon Davies is one of the OGs of the privacy and security world. He established the Privacy International Foundation in 1990 and has been a major focal point of discussion in this space since then. Simon has an account on Twitter, which mostly feeds into his famous privacy blog, Privacy Surgeon. He also posts some of the biggest and most relevant privacy-trending articles and discussions.

If you get tired of boring privacy discussions with more technicality than you care to know of, Jillian’s Twitter account is for you. She is one of the very few Twitter account users who make use of humor to communicate critical privacy information. She is currently working at the Electronic Frontier Foundation and therefore, is a prime source of critical privacy and security information.

Another prominent name from the Electronic Frontier Foundation house, Nate Cardozo is a staff attorney. He is also the chief architect of the EFF’s “Who Has Your Back?” report. This report is well-known for being a very accurate account of big online businesses and their policies with your private data. Nate is a great source of not just privacy news but all related electronic laws as well.

To protect your online privacy and stay safe online, we advise you to make use of the following security tips.

A VPN is a software, which you install on your device in order to maintain online security. The VPN  hides your original IP address and anonymizes your identity. Bypassing censorship or geographical restrictions and blocking hacking attempts is where VPNs thrive. Although VPNs cannot put an end to malware or viruses, they can best deliver online security. The number of VPN users has increased by 30 percent in the past couple of years. If VPNs are not illegal in your country, you should make use of one right away. It does wonders to your security and online experience. There are many VPNs you can choose, and the majority of them have dedicated applications for PC, Mac, Android, and iOS devices. Check out in the table below some of the best ones on the market.

Make Use of Encrypted Apps

Everyone in the world uses messaging apps for communication purposes.  However, some apps are unencrypted, which means your data is vulnerable to hackers and malicious attacks. WhatsApp, for example, is said to be encrypted. But, the fact that Facebook owns WhatsApp makes us question the validity of the encryption. To what extent is this application encrypted? Undoubtedly, your data is being collected, stored, and later sold to advertising companies. This is why you should use a fully encrypted messaging app.

Use an Anonymous Browser

Did you know that your web browser is where data collection occurs? These Small tracking devices called cookies are installed in your web browser almost by every data-brokering company. They are used to track user activities on the web, even when you are offline. People don’t understand the purpose of cookies. They actually think they are harmless. But, little did they know that its these trackers that send your information to the companies. Using an anonymous web browser like Tor is one the best ways to keep these trackers from tracking you.

Most internet users don’t give setting a strong password the time of day. Usually, they stick to simple and memorable passwords, which increases the risk of security threats. Easy passwords are just as easy to be cracked. If you don’t know how to create a strong password, you should use a password manager or an online tool to do it for you. You should get more informed about what you should do if your password is hacked.

Privacy professionals need to step up and speak up about online privacy as it is withering day by day. Surely, we can take all the precautions necessary to protect it, but privacy heroes manage to shed light on the issue prevailing nowadays like no ordinary online users can. For more information on how to remain safe online in 2019, you should check out this article about internet security tips. What do you think you should do to stay safe online and away from threats or attacks? Let us know in the comment section below.