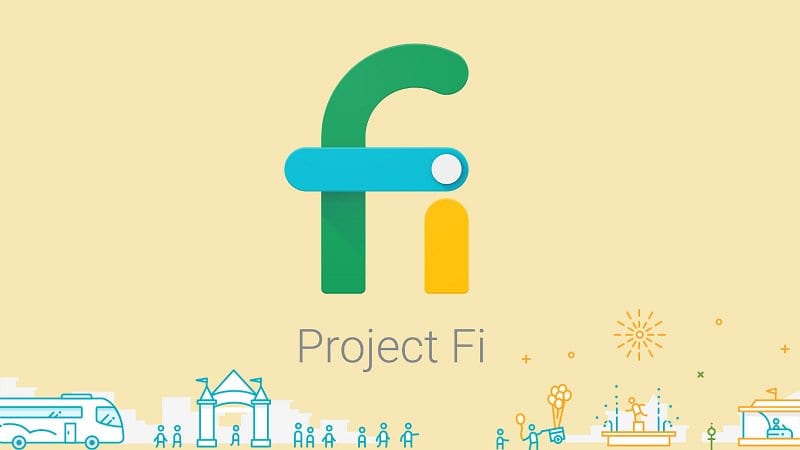 What Is Google’s Project Fi? Is It Safe to Use?

From booking a cab to finding directions to remaining in touch; there is a lot that Internet connectivity makes possible even on the go.

But poor network often makes it difficult to remain connected on the go, especially when traveling from one country to another.

This is the reason why Wi-Fi hotspots have become so popular among travelers. Because mobile data cannot be trusted when traveling around or outside the country, Wi-Fi is the most reliable way to stay connected to the Internet when traveling. Hopefully, you are not having a traveling experience like those had in the ridiculous Wrong Turn movie or in the funny Vacation movie!

However, it’s often hard to get Wi-Fi access in many places. This puts people in a tight spot. To help with such issues, tech giant Google has come up with a solution that gives people access to different carriers and Internet service providers on the go.

Google has named the service Project Fi. It acts like a mobile operator connecting to different carriers based on signal strength. Project Fi offers phone, messaging, and data services. Now, Google has also introduced a VPN service to protect the connection regardless of the carrier.

What Is Project Fi?

Project Fi was launched in 2015 as a virtual mobile network operator. Although the service is mainly targeted at those who travel around the world frequently, it is also great for anyone who wants seamless network and coverage at all times.

Normally, when you are subscribed to only one carrier, there is no way to use the Wi-Fi or cellular network of a different carrier if your own connection is slow or troublesome. Even when you are using a Wi-Fi hotspot while traveling there is no guarantee of the coverage or network strength.

All these problems are taken care of by Project Fi, which is a mobile application available only to Android One devices.

Project Fi is a virtual mobile operator because it has no tower or spectrum licenses of its own. It uses the Wi-Fi and cellular networks of mobile operators such as T-Mobile, Sprint, Three, and US Cellular. All these companies are doing well because of the booming US economy but this is another topic.

When you connect to Project Fi, your phone and data connection will hop among these networks depending on signal strength and coverage.

The phone calls also switch between Wi-Fi and cellular networks whether you’re traveling or using the service from home. In other countries, Project Fi uses the networks available locally, and now serves over 70 countries around the world.

On Which Devices Is Project Fi Available?

Project Fi is available only for the high-end Google phones, such as Pixel, Nexus, and other Android One devices. Even though the service is still quite new compared to Google’s other services, it is popular and widely used among many Google users.

But there is one significant problem when switching between different networks. When you are using different mobile operators to access cellular and Wi-Fi services, you are also being subjected to various privacy policies.

The terms and conditions of Sprint will be different from T-Mobile. Google does not own any of these networks and cannot control the terms, conditions or privacy policies.

It also cannot control how these networks handle user data. Therefore Google has decided to strengthen its security and introduce a built-in VPN to protect users accessing Project Fi.

The Fi VPN is automatic, which means it will be activated every time you access Project Fi. It goes without saying that when you use a VPN, you have to trust it more than you trust your Internet service provider because it gets to see all your online activities.

But given Google’s reputation regarding data collection, can their VPN be trusted?

Google provides the assurance that it doesn’t keep logs of user data, but it may use the metadata to improve their service. Google also has this automatic VPN feature on all Pixel phones, accessible via the Google Connectivity Services package.

In this service, the phone connects to any open Wi-Fi hotspot whenever within coverage area while the VPN automatically keeps the data safe. The Fi VPN will most likely work the same way.

For most people, however, Google VPN is like an oxymoron. Google knows about people more than anybody does. Therefore, using a VPN by Google only means handing over more of your information to the company in the name of protection.

What is a VPN and how it works

A virtual private network is one of the most popular Internet security solutions these days because it provides the kind of protection that no other application does.

A VPN is a software application you can install on your device to hide your original IP address and protect data. It acts as a barrier between you and the website you are accessing, by keeping you and your data anonymous.

This is done with the process called encryption, which involves passing your Internet traffic through a secure channel that only you and the VPN server have access to. This means no one else other than the VPN server and your device are able to view your online activities.