The 72nd season of NASCAR professional stock car racing in the United States kicked off on February 9th, 2021 with the Busch Clash, followed by the Bluegreen Vacations Duel, and, finally, the 63rd running of the Daytona 500 (February 14th). The racers will compete, trying to one-up each other through 36 different races. We have a lot to cover all the way to November 7th, 2021, but we can manage that in a single guide. NASCAR is a popular racing series, which means there are dozens of channels broadcasting it all over the world. What are they and how can you watch the NASCAR Cup Series 2021 in your region? Find out in this comprehensive guide. 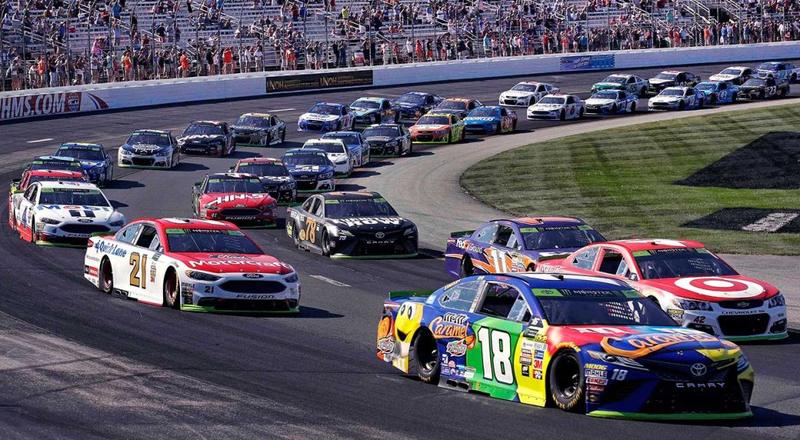 As we mention, the NASCAR Cup series has gained huge popularity all over the world. Despite the pandemic we’re all facing now, NASCAR’s viewership saw huge viewership rates.

According to Fox Sports, the race at Darlington averaged 6.32 million viewers. It’s considered to be the most-watched competitive sports event on all television networks after the Daytona 500, which gained 7 million viewers.

Now, this number was only in the US. If we were to speak of global viewership, we’ll definitely be getting hundreds of millions. Speaking of, NASCAR has official broadcasters in a lot of countries. The full list is below, so please check if there’s one in your region.

You’ve seen the list. If you have an official broadcaster, that’s great. However, even if you don’t, you’ll still be able to watch the 2021 series. That’s not a promise, that’s a spoiler.

The channels above apply geo-blocking, so they’re not available for streaming outside the country of origin. They rely on your IP address to determine your location. If you’re not within their area of coverage, they’ll block you instantly.

But that’s all about to change. The following section will show you how to bypass these regional restrictions, access any channel on the list, and watch the 2021 NASCAR Cup series wherever you are.

How to Watch NASCAR 2021 Live with a VPN

The channels mentioned above cannot be viewed outside their respective region. As stated before, your IP address is used to pinpoint your actual whereabouts.

However, with a VPN, you can trick the services into thinking that you’re in any region of your choosing, provided the provider has servers there.

In order to do that, you’ll have to connect to a VPN server based in the United States, for example, if you wish to get Fox Sports. Once connected, you’ll receive a temporary American IP address and spoof your location there.

Now, when you approach the channel again, you’ll notice that the geo-ban has been lifted. As a result, you’ll be able to stream NASCAR 2021 with ease.

The unblocking process is quite simple actually. Just follow the steps below and you’ll be watching the 2021 NASCAR in no time:

ExpressVPN is one capable VPN provider. It has servers scattered across 160+ locations and they’re blazing fast as well. On the other hand, this VPN protects your private data using the best and most efficient security features in the industry. If you’d like to know more and check other top providers, then how about you give the table below a quick gander.

Some races have passed and we’ve seen winners. However, we have a lot more to watch before the year ends, and we’re sure that it’s going to be one heck of a drift.

The schedule was altered a lot due to the COVID-19 pandemic, but the races are still there. You can find below all the races included in this year’s NASCAR Cup.

And the Playoffs Begin

The Cup Championship Playoffs kick off on September 5th,2021, and round up on November 7th, 2021. Here's the full schedule:

The playoffs wrap up with the NASCAR Cup Series Championship at Phoenix Raceway. It's good to see some sports still moving on with their series despite the pandemic we're going through.

Now, you have everything you need to watch the 2021 NASCAR series live wherever you are. So, are you excited to see this year's highly anticipated NASCAR? Let us know in the comments below.