SuperSport is one of the biggest African online sports channels. Part of the DSTV Network, it mainly offers subscribers the ability to watch major sports competitions from around the world live online. And when I say major, I mean the biggest leagues and tournaments. That includes the English Premier League, La Liga, Champions League, FIFA World Cup, ICC Cricket World Cup, Super Rugby, Roland Garros, US Open, and much more. It truly is the ‘World of Champions.’ But unfortunately, any sports fanatic who lives outside South Africa cannot access the channel due to geo-restrictions. Unless… 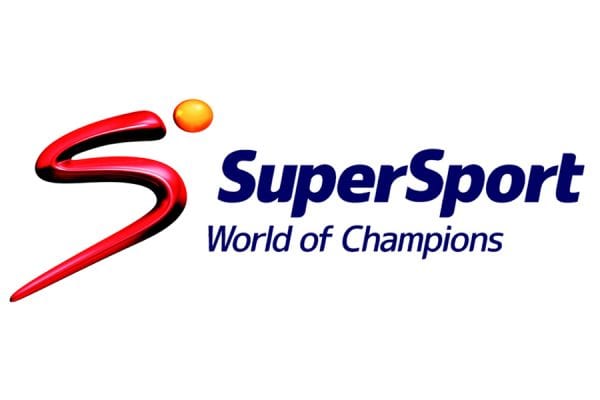 In this article, I’m going to show you how VPNs and Smart DNS proxies helped me watch my favorite teams on SuperSport from abroad.

How to Unblock SuperSport outside South Africa with VPN

As a sports enthusiast who’s constantly abroad, trust me when I tell you that the best way to bypass geographic blocks is with a virtual private network (VPN).

This baby is very effective because it reroutes your traffic to another network of your choice, then gives you an IP address from the region that you selected. This process tricks streaming channels like SuperSport to think that you are inside their coverage zone, which means you’ll be able to view their content from anywhere.

VPNs also offer excellent security and privacy features like traffic encryption and zero-logging. As a result, you’ll have total anonymity whenever you go online. Even your own internet service provider won’t be able to see what you’re doing.

And if you think getting a VPN is a complicated matter then think again because your next service is just a few clicks away.

Do you want my advice? Put your mind at ease and sign up with ExpressVPN. It has over 3,000 servers across 94 nations, including South Africa, which means it can unblock SuperSport and any other channel without any trouble.

Also, the service doesn’t log your traffic or keep tabs of your online activity, which makes it a perfect choice if you’re worried about your privacy. And did I mention it uses the strongest encryption to prevent anyone from monitoring your traffic?

Furthermore, should you ever face any problems or questions when you’re using ExpressVPN, you can contact their round-the-clock customer service via live chat or email.

There are no regrets when you subscribe to ExpressVPN because in case you’re dissatisfied with the service, you can get a full refund thanks to their 30-day money back guarantee.

If that’s the scenario, then take a look at the top alternatives that are included in this list:

How to Watch SuperSport outside South Africa with Smart DNS Proxies

If you’re not the VPN type then your only other option to unblock SuperSport from abroad is a Smart DNS proxy. But keep in mind that setting one up on your device isn’t as straightforward as a VPN because proxies don’t have dedicated apps. Therefore, you have to configure them manually.

Unlike VPNs, these tools only reroute part of your connection to spoof your location. They don’t hide your IP address nor encrypt your traffic. Some users see this as a positive thing because your internet speed won’t drop. But others who are privacy-concerned prefer to avoid them.

But the most important thing to remember is that Smart DNS proxies don’t function properly if your ISP uses transparent proxies or DNS hijacking.

If you prefer using a Smart DNS proxy over a VPN, then your best pick has to be Unlocator. It provides easy and clear video tutorials and guides to help you set it up smoothly on your device, and it also supports over 200 channels. Therefore, if you’re a TV lover, you’ll be able to watch your favorite shows on BBC iPlayer, HBO, Hulu, Amazon Prime Video, AMC, and much more.

But you don’t have to commit to it just yet. Test it out for free thanks to the 7-day free trial period.

How to Unblock and Watch SuperSport Abroad – Wrap Up

Have you tried any of the methods we suggested above to unblock SuperSport outside South Africa? If so, how did it go? Share your thought and experience using VPN or Smart DNS to bypass geo-restrictions in the comment section below.

Copyright © 2021 The VPN Guru.
DSTV VPN Error? We investigated.
Results: Only BulletVPN works as of Jan. 15.
Get BulletVPN