The way people watch TV has changed rapidly in the last few years. The traditional color TV set has been replaced by LED and smart televisions, while the cable and satellite networks are being taken over by streaming services (Narcos, House of Cards). 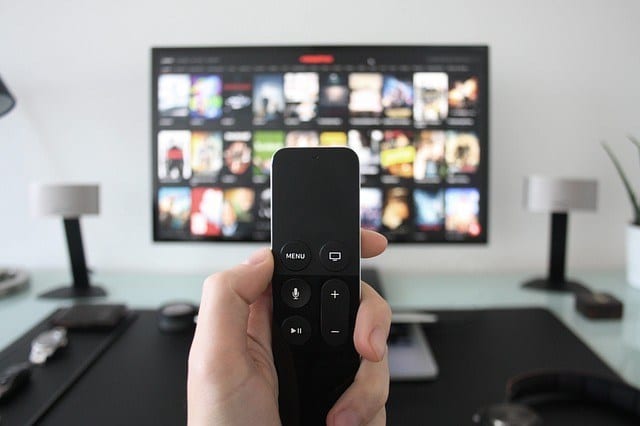 This is a change that people want because for a long time they sought a change from the overpriced cable service with no choice of content or flexibility.

Streaming TV seems the perfect replacement for traditional TV. You get more variety, you can subscribe to as many services as you want to, and cancel at any time. Besides, the ability to watch your favorite content on any device makes streaming services more appealing to the younger generation.

The number of people ditching their cable connection for a fancy streaming service has been on the rise.

However, this has more to do with hype than actual discontent with cable services. When a person finds that all their neighbors subscribe to streaming services, they also want to jump on to the bandwagon.

The hype and popularity of streaming TV services have caused massive revenue cuts to cable TV networks, but they still get the lion’s share.

A couple of weeks ago, Apple announced their entry into the streaming TV market, complete with a star-studded launch event attended by the who’s who of Hollywood. But Apple knows it’s entering a crowded market because today there are more households that subscribe to streaming TV than regular cable or satellite television.

The Rise and Rise of Streaming

Although people have watched live TV and YouTube video for years, streaming was never as popular as it has become in the last few years. The rise of streaming began with music.

Services like SoundCloud, Spotify, and Pandora got people hooked live streaming phenomenon and soon everyone wanted something similar for video content. In the late 90s, Netflix was a small video and movie rental business and hardly anyone knew about it.

But ever since the streaming phenomenon started to gain momentum, Netflix cashed in on the trend and became deleting streaming service anywhere in the world.

Today, Amazon prime video (Jack Ryan is pretty good) can be called the biggest competitor of Netflix, but the latter still enjoys the highest position in the streaming market. In fact, what Netflix does today, the others do tomorrow. The streaming industry is always looking up to Netflix to set new standards.

But Netflix being on the pricier side there are various other streaming services that have come up in recent years offering the same quality and variety of content at a much lower subscription cost. Because subscribers pay only for what they watch, the boot can be much lower than what people used to pay for cable or satellite TV.

Although cable TV still continues to rule, content creators, producers, and distributors have started to pay more attention to streaming services because of their wider reach and popularity.

Live TV, especially sports, is where the traditional cable and satellite television still scores. Although streaming services are slowly getting into streaming sporting events live, whenever there is a big event people turn to their television.

Although streaming services are trying to improve their live TV by reducing latency and buffer times, they are still not close to the position that cable TV enjoys.

Once streaming TV perfects live television like sporting events, there will be no stopping it from being numero uno. In fact, other than live TV, streaming TV offers pretty much everything that cable does.

In fact, there’s more variety and more flexibility in streaming services, and the ability to subscribe or cancel at any time.

Signing up is easy and picking your chosen content is also easy. Streaming TV is the go-to option for those who don’t want to stay hooked to a TV and want to be able to watch their favorite content on the go.

While the number of streaming subscribers is increasing, there are still many households that subscribe to cable, and that isn’t likely to change.

That’s because streaming is not what everyone prefers, and many still enjoy their good old television programs like always. And it isn’t just the elderly people.

Streaming is purely technical and not many people are willing to get so tech-savvy for the sake of watching TV. There still are a lot of people that don’t like sudden change and stick to the old ways.

Then there’s that set of households that subscribe to both streaming services and cable TV, waiting only for the streaming content library to get bigger before ditching the cable connection.

In 2018, over a million households switched their cable TV connection for streaming services within a time span of three months.

But despite the exodus of cable TV subscribers, it is cable TV that holds the larger share of the entertainment industry. Cable TV has been around since ages, and no new technology can shake off its place. In the worst scenario, streaming and cable will co-exist and have an equal number of subscribers.

There are still people that like to come back home, crash in front of the TV and watch whatever comes up because it’s relaxing. No streaming service can ever change that, no matter how many original shows or movies they come up with.