How to unblock VoIP services such as Skype and WhatsApp in Qatar? For most people, social media is the one main avenue that allows them to share their special life experiences and grand moments with their friends and family. It’s the one thing that provides that feeling of being together and staying connected, despite being miles apart. Since access to sites such as Facebook, Instagram, and Twitter depends on an Internet connection, it’s pretty easy for users to immediately figure out whenever there’s a problem with either the site they’re trying to access or with their ISP. 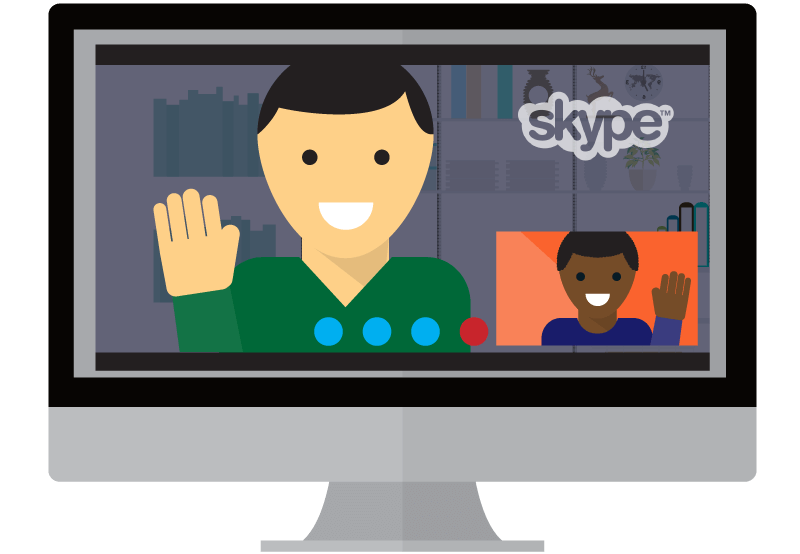 In most Arabian countries, there’s a very high level of Internet censorship. Whenever they’re unable to access whatever site they’re trying to get to, it’s very likely that their ISP could be behind such restrictions. Most Arab governments make some serious effort towards regulating the content that their citizens are able to access online, and Qatar is no exception. They’re especially known for the blocks they’ve put up on VOIP apps like Skype and Whatsapp.

VoIP Apps Getting Blocked in Qatar

The ban also extends to iPhone’s popular Facetime feature, and the regulation in Qatar is such that the iPhones sold over there already have the app uninstalled. Qatar’s Communication Authority chooses to remain silent on the matter, and as an institution that directly oversees communication services within the country, it’s unfortunate that they opt to say nothing about the whole situation.

Anyone who’s about to visit or start living in Qatar will have to decide whether to remain content with only being able to message their contacts, or to look for a solution that allows them to encrypt their Internet connection, and work around the blocks that prevent users from video calling their contacts. If you’re not one to remain held back with the restrictions, there is one sure solution you could choose to implement, that’ll allow you to get back to using your VoIP app like you’re used to.

VPNs are the only known solution that’ll allow you to get around the VoIP ban in Qatar, and at the same time ensure that you remain anonymous whenever you’re online. Subscribing to a VPN provider means you’ll be able to connect to servers other than the ones you’re connection passes through. Thus allowing you to hide your actual location. Connecting to a different server allows you to change your IP address as well. This means you’ll be able to appear from wherever you want to seem to be from. This is a big advantage since it allows you to get over any form of geo-restrictive blocks. Aside from being able to make VoIP calls, you’ll have access to popular live streaming channels, gaming sites and everything else, alongside guaranteed security.

Now that you know what you stand to gain from using a VPN, we’re going to have a look at the most popular VPN service providers expats in Qatar use on a daily basis.

Starting off our list is ExpressVPN, a service that’s centered on providing the best service possible, but at a premium price. This, to most people, is perhaps the only downside since there are a lot more pocket-friendly services out there, but they certainly don’t compare to ExpressVPN.

Founded in 2009 and based in the British Virgin Islands, the provider has had more than enough time to learn how best appease their customers. This is seen through their exceptional 24-hour customer service, military grade 256-bit AES encryption, and exceptional OpenVPN protocol. If you’re looking for the best, you’d better try out ExpressVPN’s 30-day money-back guarantee and see for yourself why this is a top-tier provider.

Feature rich, secure and customer oriented, NordVPN does its best to provide its customers with some of the most useful tools that work well to optimize the performance of their VPN service. One of their more popular features is their double VPN service, which transmits user data through two servers instead of one. NordVPN also allows for up to 6 simultaneous connections all under one account and has full support for those looking to torrent. Their provider has over 3000 servers distributed in more than 94 countries. This is more than enough to ensure you can access whatever site you want and get through all forms of geo-restrictions.

As a top-tier VPN provider, IPVanish doesn’t pull any punches when it comes to providing its customers with the best in online security. Its strict no-log policy, coupled with a 256-bit AES encryption ensures all their customers stay protected from any attacks by hackers and spammers. The service supports the 3 major VPN protocols. With well over 1000 servers across 60 countries, there’s hardly any website you’ll find difficult to connect to. The provider also makes sure to keep users from experiencing DNS leaks, and even comes with a scramble feature that allows you to use VPN in countries that try to prevent you from doing so. If all this sounds interesting, then you should try out their 7-day money back guarantee offer and see whether or not this could be what you prefer.

Fourth on our list is this Swiss-based provider that’s well known for the advancements in technology that they bring to the VPN market. VyprVPN has around 200,000 IPs that its users can choose from. An automatic kill switch that shuts down your connection in case your VPN service gets compromised is another excellent feature. VyprVPN also has apps that allow it to run on Windows, Mac, Android, iOS, Linux based devices. The service doesn’t really allow for that many simultaneous connections, but if you can do with three, you don’t have anything to get worried about. VyprVPN also possesses the unique ability to work in areas where VPN use isn’t supported such as China, and this is because of its Chameleon protocol. You can get to see it work once you take on their 3-day trial offer.

BulletVPN can be looked as a new entrant to the whole VPN market, but this doesn’t mean the level of service expected from them is anything to scoff at. It’s one of the best services especially if you’re looking for a service that allows you to stream from top entertainment sites such as American Netflix.

With a growing server network of 52, the provider still allows for up to 5 simultaneous connections and provides options for up to 4 different VPN protocols. Encryption is also reliable, and the service also comes with an automatic Internet kill switch. If you’re still curious about what to expect from BulletVPN, you can go ahead and try out their 30 day money back guarantee.

Conclusion on How To Work Around The Qatar VoIP Blocks

We’re well aware of the fact that there are indeed so many VPN services in the market. This makes choosing the best VPN service quite difficult especially if you’re new to all this. The five services we’ve suggested above, however, are sure to provide exemplary service and optimum protection. Have any questions or comments you’d like to share with us? Leave them in the section below and we’ll be sure to respond.