With time, the technologies associated with the Internet keeps changing. This can be both beneficial and limiting for users. While web access speed has increased significantly and the price of an Internet connection has nosedived, there are drawbacks too! In some regions, governments impose restrictions on accessing specific types of web resources (Saudi Arabia, China, North Korea, etc..). Restrictions imposed by streaming service providers are also commonplace. Thankfully, the emergence of newer technologies has given web user’s weapons to bypass such limitations. VPN is one such technological marvel. If you are looking to sign up with a VPN service, you’re probably wondering about all the perks you will be able to get out of it. Here is a list of the main VPN benefits. 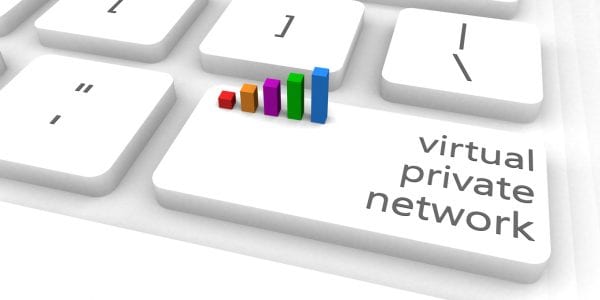 Virtual Private Network, popularly referred as VPN is basically a network of computers that is used to access internet while preserving anonymity under cover of encryption. As a result, the users can bypass several limitations.

Years ago, it was thought to be a favorite with geeks and network administrators, but that perception is changing fast. Millions of average web users are using VPN apps and services. Below listed are the top advantages of using VPN services:

With increased intrusion into web usage habits of users, a section of web users have resorted to means to evade or thwart prying eyes. If you want to stay away from certain web usage monitoring entities and malicious web users, a VPN is the best solution. It masks your computer’s real IP address and so tracing the location becomes very difficult for others. If someone wants to trace your IP address, he or she will end up with a virtual IP address used by the VPN service provider.

VPN services not only help you go online under cloak of anonymity, they also ensure the data you upload or download remains safe from prying eyes. If you are worried about the risk of data theft online or perform lots of transactions online, it is time you think of using a VPN. The VPN services use encryption for every bit of data the users download or upload. Sometimes, misuse of personal data like videos and images can cause problems in life and these can also be evaded to a large extent if you use a VPN.

A lot of web users stop short of using pubic WiFi hotspots for safety reasons. While using WiFi hotspots can help you save on data usage, the risk of hacking exploits and attacks loom over the mind. You can use a VPN and use those hotspots.

This is actually the reason so many people are switching to VPN service providers nowadays! At times, you may want to access media content like TV shows and movies using streaming services, but some such content may remain inaccessible. This happens because streaming providers offer region wise content. So, if you want to access content, bypassing regional restrictions, VPN is the way to go. You can get access to American Netflix, Hulu, HBO, BBC, or any other channels that would normally not be available in your region due to licensing agreements.

Apart from these entities, governments in some countries impose restrictions on using specific websites including social media platforms (you do not want to live in Saudi Arabia, that country squashes all fun, distorts religion, and defies logical thinking but this is another topic). Again, VPN is what you need to bypass those restrictions effectively.

VPNs can also be set up for accessing Intranet of a corporate company. This enables a company to offer its employees a safe and encrypted way to access crucial company data. In fact, they can work from home when required and log in to the company VPN. This ensures maximum productivity amidst security. The employees can also work on shared files for longer period without worrying about data theft or hacking attacks.

Not all VPN apps are similar, as it is. You can get free VPNs and paid versions also exist. Some paid VPN services can be used for free for a limited time. Others offer up to 30-days refund policies. This gives you enough options to figure out which service matches your needs the best. On top of it, some VPN service providers also pack in anti-malware software. So, you get more than just online anonymity.

Contrary to the widespread misconception that using a VPN slows down your web access speed, some users actually experience increased Internet bandwidth after switching to VPN apps or services. Based on server location of your VPN service provider and the region based content you access, sometimes using a VPN can improve your web usage experience and speed. You have to love that! Saving time is saving money!

As with everything else, not all VPN services are the same. Some live up to their promises, other are average, and some are downright awful. Given that we have reviewed quite a lot of VPNs, we learned that the hard way. To save you time and money, here’s our list of best VPNs you can potentially sign up with.

VPN Benefits and Advantages – Summing it up

So, using a VPN can be advantageous from many aspects. Whether it is anonymity online that you want or data privacy matters more to you, VPN is the solution. But you must compare the available contenders and zero in on the right service. Having said that, don’t trust free VPNs as they are known to be terribly slow and even risky to use. All the VPN benefits we have illustrated above are surely worth a tenner each month.