Public Wi-Fi’s at your local coffee shop or pizzeria enhance convenience and ease. Why shouldn’t you expect some free internet while enjoying a fine brew so you can browse social media and chat with friends? But did you know that every time you access a public Wi-Fi, you could potentially be exposing yourself to a cryptocurrency mining hack? In other words, some people may use your unsecured connection to a public Wi-Fi to exploit your computing resources and mine cryptocurrencies like Bitcoin, Monero, and several others. 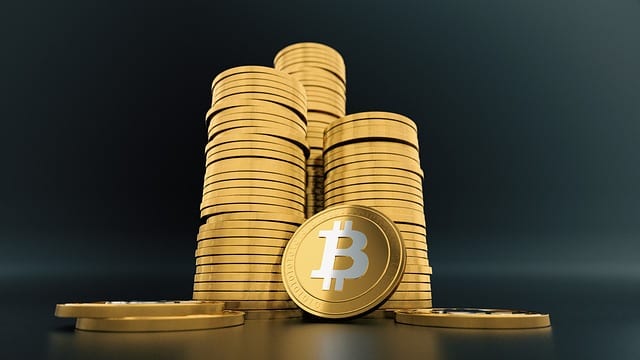 How VPN Protects You from Bitcoin Mining on Public WiFi

Here’s How It Happened

Somewhere in the middle of December 2017, some Buenos Aires Starbucks customers noticed that when connecting to the Wi-Fi facility, they had a ten-second delay during which their computers were being used to mine Bitcoins. One such customer tweeted a query asking the same and pretty soon the Starbucks IT people realized that their Wi-Fi connection had been hit by malware.

While this came as a surprise to many, to others, it was just another step in the evolution of mining hacks used by people with malicious intent to get rich quick. People who are particularly concerned with their internet safety would know that this issue can be avoided by simply using a quality VPN to secure your connection to any Wi-Fi including that in your local public coffee shop or your office Wi-Fi.

If you don’t know what cryptocurrencies are, here is a short overview. Cryptocurrencies are basically money in digital format. They began initially as low stake investments used only by the highly tech-savvy. But in the past few years, their return rate has grown immensely and this has led to a massive surge in the public interest in them.

Normally, you will not find cryptocurrency people engaging in malicious techniques to mine wealth. Also, if you would assume that all cryptocurrency users are into using other people’s devices to meet their own ends, then that would be an incorrect assumption. However, just as it is with any line of business or money-making, there are some black sheep who are always looking for some kind of a shortcut to exploit and this is where hackers come into play.

How They Do It

When you log into a public Wi-Fi, you potentially make yourself open to a range of attacks and mining hacks are one of them. In it, the hackers basically install a malware on the Wi-Fi router which taps into the computing resources of anyone connected to the Wi-Fi. This enables the software to make use of the native computing resources of all persons connected to the router and perform mining operations.

Normally, as in the case we have talked about above, if your computer, laptop or any other device is being used by a miner, you will most likely see a delay in connecting to the router. This is a sure sign that something is going wrong. If you encounter this problem, you should drop the connection immediately and inform the provider.

Cryptocurrencies are a popular way of making payments on the DarkNet. So you can fall prey to any number of hacking and other cyber-attacks while you think you are harmlessly browsing the internet.

On the lighter side of the issue, a software has been developed to optimize coffee Wi-Fi hacks and do so more discreetly. This software, so poetically called CoffeeMiner, has been designed to keep working in the background of your computer for the entire duration of your active connection to the infected Wi-Fi.

The question arises how do we make sure no one is stealing our computing resources and keep ourselves protected while connected to a public Wi-Fi? The Answer: VPNs!

How Do VPNs Save You from Covert Cryptocurrency Mining

The basic premise of a VPN is that it produces a secure and encrypted tunnel between any router and your device. Anyone trying to digitally break into your device or even intercept the communication code will not be able to decipher it.

By using a VPN, you ensure that any website or internet source like a Wi-Fi router does not inject an illicit code into your computer (by which cryptocurrency mining is done). Even if a Wi-Fi is infected, you will still not get the code forced into your device as all connections and communications are encrypted.

ExpressVPN is one of the best VPN service providers you can use to protect yourself from Bitcoin mining and other forms of malicious online threats.

What Else Can I Use VPNs For?

In addition, VPNs provide a vast range of services. Most sites already have a basic HTTPS encryption but that is not enough to keep user data secure. If you are concerned about your internet privacy (and you should be!), VPN’s are a perfect solution for your problems. They will save you from hacking, security breaches, scams, and every other kind of online threat. You can even use your VPN to access internet content not otherwise available in your region. If you are a cryptocurrency user, VPNs can protect your

Your online security is in your hands, so make sure the next time you connect to a public Wi-Fi, you secure your device from any attacks with a reliable VPN service!