The United States Congress has passed a terrifying anti-privacy law that may spell doom for all of us. The CLOUD Act was passed discreetly as a part of a 2,232-page long government spending bill. Made into law without any public knowledge at all, this bill bodes ill for the online privacy of everyone.

The news is rife with stories of the imminent mid-term elections and the craziness of the White House. So it is easy to see how this important news flew completely under the radar. Normally, a big media storm would have been brewed up by the news. But the news went completely uncovered and unreported.

CLOUD is an acronym for Clarifying Lawful Overseas Use of Data. According to the official report, the Act is all set to roll back all privacy enhancements made in last few years. In this post, we are going to look at what this Act really is and how it affects you. 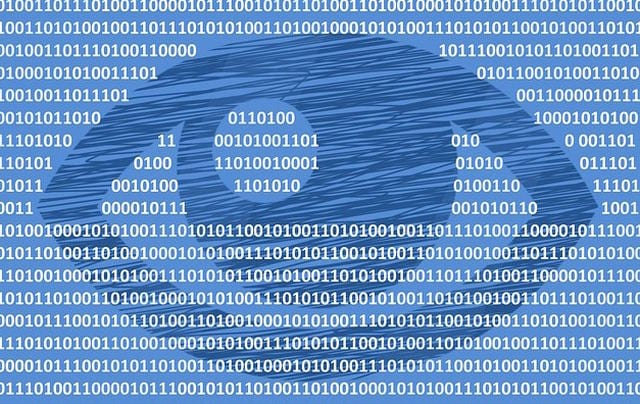 Your Privacy Penetrated All You Need to Know About the CLOUD Act!

All About the CLOUD Act

According to the CLOUD Act, the US government is legally allowed to gather, store, and utilize personal data. This law is also applicable to all foreign governments who wish to engage in this act as well. More specifically, a formal collection of data will be affected in two major ways.

Firstly, all government and affiliate authorities such as police, law enforcement, customs, immigration etc. can access personal data. This is irrespective of where a person resides.

Secondly, the Act enables the US President to access gathered data of other governmental bodies through a mutual agreement. These Executive Agreements will also enable those government bodies to access data collected by the US government. Also, the law will completely disregard the privacy laws of the nation concerned.

Earlier, authorities had been required to furnish the US government with a formal request. However, all that is needed is a request to the Attorney General, the State Department, or even the President. After that, you could get complete and instant access.

Another troubling aspect of this is that not only will the data be collected on you, but also on everyone associated with you. So, for example, if the German government gets access to your Facebook account, they will know all your friends, followers etc. So, this is a runaway privacy breach reaction of colossal implications.

What Does The CLOUD Act Mean for You?

The biggest problem with this act was that it was passed as a part of a spending bill measuring up to $2 trillion. So no time was given to debating the issue at all. While this is careless, to say the least, it does mean that international online privacy is in for a beat down.

A major co-sponsor of the bill, Senator Orrin Hatch said that the main purpose of the CLOUD Act is to bring together the varying security measures to protect the country. By offering collaboration between law enforcement and the tech sector, it ensures better governance and regulation. At the same time, it will foster the creation of a commonsense framework to develop international legal ties. No doubt, this will lead to speedier resolution of legal conflicts across international borders.

The Act has also nullified a very important Supreme Court case. In it, Microsoft insisted it had no legal compulsion to release private data cached in its UK servers to authorities from the US. This case has been going on for the last four years and is poised to be very important from a legal precedent standpoint.

Although the legislation is not a novel one, its massive scale is certainly a new peak. Also, the hush-hush passing of the Act brings more questions to the mind. Privacy advocates around the US and other countries are beginning to rally against it.

Amongst these, the Electronic Frontier Foundation is the foremost. In an online statement, the EFF condemned the Act, “The CLOUD act has major privacy implications for international scales. However, the due regard it demanded was never accorded to it.”

The US Congress is doing an incredulous balancing act at present. It can be argued that if privacy specialists were involved in framing the Act then it might not have been so damaging. In short, the CLOUD act is a perfect example of how the US government clearly puts national security over any other issue including personal privacy.

All claims of transparency and legitimacy are void now. Everyone’s personal data is at risk. However, there is something you can do. Turn on your VPN, do not share very personal information on social media, and be vocal about your opposition to this Act.

Currently, the EFF is all set to oppose the CLOUD Act on a massive scale. You can be a part of the online resistance.

The CLOUD Act might pose a danger to the privacy of every internet user all over the world. The only defense we have is a good VPN. With the help of a VPN, we can hide our identity as well as encrypt our data to stay protected and anonymous online. This is currently the only reliable way to stay safe on the internet. Read more about the top VPN companies in the world.