Video gaming was always popular among the young. However, over the last few years, it has reached an all-time height, thanks to the online multiplayer phenomenon. 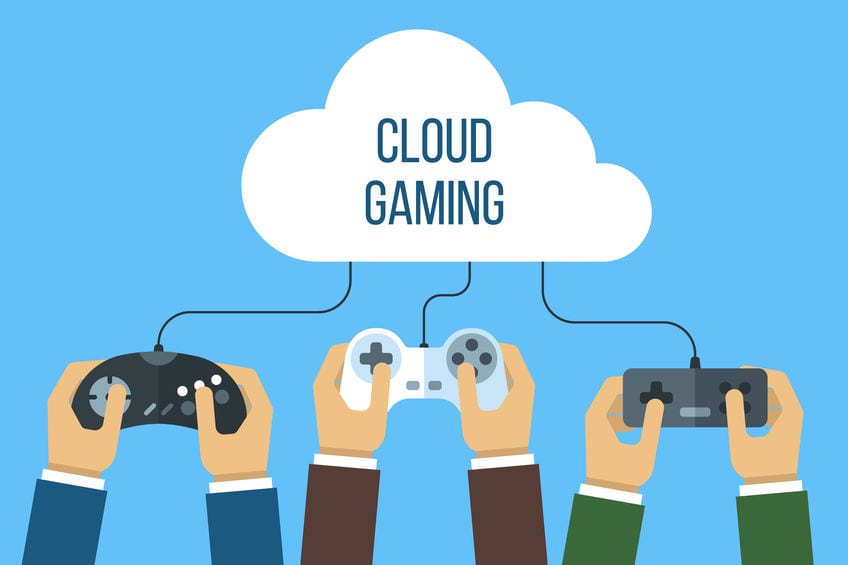 Every 80s and 90s kid will have a memory of renting a game from the video gaming store and collaborating with a friend to play on the same computer.

Even today the craze surrounding video games has refused to die. Rather, it has led to various other forms of video gaming, which are more advanced and high-tech than what used to be.

Not only are there more advanced type of games using 3D and CGI, but the modes of playing have also become more sophisticated today. One of them is video game streaming.

Also called cloud gaming, this is a lot like video streaming, and has already garnered mass attention around the world. So much so that various media companies are beginning to launch their own video game streaming platforms.

After video streaming platforms, this is the most hyped digital phenomenon at the moment. The latest company to join the bandwagon is Electronic Arts, the biggest video games publisher in the world and the company behind titles like Sim City, Battlefield, and FIFA.

What is Cloud Gaming?

Cloud gaming follows in the footsteps of video streaming. It has been the buzzword in the digital gaming industry ever since video streaming gained popularity.

The biggest advantage of cloud gaming is that PCs and consoles with heavy-duty graphics software are not required anymore because the game is hosted in the cloud. This means games will no longer be downloaded onto the device but hosted on a remote server instead.

The server streams a video gameplay to the computer while the keyboard and mouse inputs are sent to the server via the cloud. Essentially, all the heavy-duty work is done by the cloud server world device only receives and sends inputs. It is a lot like an interactive video.

There are several advantages of video game streaming. First and foremost, with cloud gaming, there is no need for expensive hardware. Because the game is hosted on the cloud, there is no additional load on the device and no need for specialized hardware or graphics.

This allows the player to use already existing hardware or invest in a very cheap streaming box. The next big advantage of cloud gaming is the availability of high-end games on any device. Now, most premium games are available only on computers and gaming consoles.

The rising number of mobile users this is not only inconvenient for players but also disadvantageous for game publishers.

Another advantage of cloud gaming is the lesser chances of piracy. This is because when the game isn’t downloaded but hosted on the cloud server it is impossible to pirate.

This is an attractive option to game publishers. Video game piracy is high because most popular games are expensive and not everyone wants to buy the game in order to play. Cloud gaming is a new hope in curbing piracy.

With cloud gaming, it is also easier to play on devices like laptops, Smart TV, and smartphones; something that is not possible when the game can only be played on a computer or a gaming console. Because cloud gaming offers all these flexibilities it has quickly gained attention in the market with various games publishers launching their own cloud gaming platforms to attract more folks.

Video game streaming is not without its challenges. The biggest challenge is that cloud gaming requires extremely low latency.

In video streaming, some amount of lag or buffering is still acceptable but because video gaming is interactive in real time it can have no latency at all. This is a technical challenge that most game publishers have decided to take up.

The challenge is similar to that of streaming live sports events, which also needs low latency. Problem with cloud gaming is that the video game play that comes on the device is compressed to save bandwidth.

Online gamers take latency very seriously. A split-second delay can cause them to lose an online multiplayer gamer they are taking part in. This is why many of these gamers are resorting to VPNs to fix the latency issue.

Sony was one of the first tech companies to embrace cloud gaming. They launched PS Now back in 2014. At first, it was available on PS4, PS3, Sony Smart TVs, and PS Vita devices. In 2017, Sony decided to discontinue the service for PS3, Smart TV, and Vita consoles. As of 2018, there are over 600 such games available on PlayStation Now. Sony is also adding new games on a monthly basis. At the moment, the service is available in 12 countries. These are Switzerland, Austria, Ireland, USA, Canada, Japan, U.K., Germany, France, Belgium, Netherlands, and Luxembourg.

It’s safe to say that countries that haven’t updated their Internet infrastructure yet will not get to experience PS Now anytime soon.

Regardless of these challenges cloud gaming is an attractive concept that games publishers want to try. Electronic Arts is a renowned company with several iconic titles to the name, and their involvement in cloud gaming is definitely set to pave the way for other publishers.

In a post on blogging platform Medium, the CTO of Electronic Arts Ken Moss announced their new platform, called Project Atlas. The platform is set to take on Microsoft and Google, who have their own video game streaming platforms in the making, giving the competition an all new edge.

Moss mentioned in the blog post that with a strong internet connection the platform could stream even the most high-quality games to any device. With this platform streaming games to mobile devices will also be possible.

Even though this platform is still in its testing phase it has generated quite a buzz. Because video games appeal to a large section of the global population, people will be eagerly waiting to try the new platform especially because it can stream games to mobile devices.

This means video gaming on the go will finally be a reality. PS Now and Project Atlas are not the only two cloud gaming platforms though. Others include Nvidia’s GeForce Now, LiquidSky, Shadow, and Vortex. Needless to say, Project Atlas is much awaited by all video gaming enthusiasts.