The recent Facebook fiasco has brought to light that even though easy access to information is largely possible through the Internet, it has a very dark side to it, too. People have begun spying on each other and our personal choices are getting influenced in ways that we are not even aware of; our personal data is now a readily available commodity, which unfortunately is being controlled by a few entities the world over. Some corporations are collecting and using our personal data to fill their coffers. 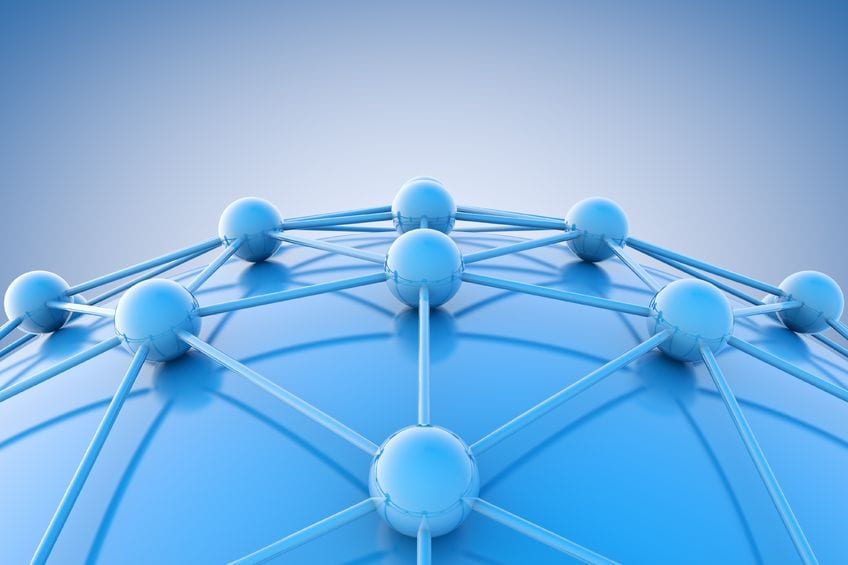 Is Blockchain Likely To Decentralize The Web?

Where Does Blockchain Fit In?

It has been suggested, therefore, that the Internet be decentralized so as to prevent the big players from getting total control over personal data of others. It is felt that blockchain could be the right technology for this. Blockchain has shown how it’s possible to share information and data that’s not controlled fully or partially by a few institutions only.

Rather, the information is stored in computer networks the world over and are interconnected through a cryptographic validation. In other words, this distributed and decentralized framework of information sharing is not only secure but ensures greater privacy and prevents data manipulation also.

Blockchain technology has so far found use in the sphere of cryptocurrencies only. However, by the end of this year, utility tokens as also the platform will be the main items to focus on. Both components, particularly the platform, are expected to define the Internet’s next generation.

Already a couple of open-source services or decentralized applications called Dapps are operational. These make it possible to store every record on these apps on a decentralized and public blockchain.

The Blockstack browser is an example and is coming to be known as the “new Internet” for decentralized apps. Blockstack enables its users to access Dapps offering services that are similar to most cloud-based apps seen on the regular Internet.

Blockstack lists these apps on its website. This includes a word processor, Graphite; Afia, a hub on personal health; an app for podcasts as also an app for cryptocurrency portfolios. The functions of these are similar to their counterparts on the conventional internet, but they all come encrypted and decentralized to protect their user’s privacy.

Most of the pioneers of the Internet are in favor of decentralizing it. However, there exists a confusion whether it’s already decentralized or not. It may be physically decentralized because no solitary entity is its owner. However, some of its critical components are supported by well-known and big centralized services.

These include cloud computing, web hosting, social media, DNS services, email services and search engines. Moreover, these services are reliant on resources that are concentrated in a few virtual or physical servers.

However, this centralized architecture has given rise to certain problems; if these entities’ servers fail, access to vital functionality becomes impossible. Hacking into these servers leads to valuable data getting lost. On top of this, if such data is illegally monetized, censored or prioritized, or passed on to government agencies, the person concerned won’t know.

On the other hand, a decentralized Internet will be marked by a user community and an independent machine network that would not only own but also power these critical services. This, in turn, would increase their resilience to hacks and failures and also prevent a single entity or group of entities to use them illegally.

Blockchain, which has already decentralized monetary transactions, has enabled its users to share information and resources and eliminated central brokers. In the sphere of web hosting, Blockchain-based platforms are fending off DDoS or Distributed Denial of Service attacks launched by cybercriminals to shut websites down on centralized systems largely.

This has been possible by using thousands of nodes that replace such centralized servers. Each of these nodes serves a segment of a website. Thus, attackers find no solitary target to attack.

There are also CDNs or decentralized content delivery networks and mitigation systems for DDoS. Blockchain is applied to share assets and files across hundreds of computers sharing its network. It is now therefore possible to rent out computer idle time, bandwidth to host websites, storage while also receiving cryptocurrency in exchange.

Furthermore, blockchain may be made to collaborate with an IPFS or Interplanetary Filesystem, a distributed alternative to centralized web servers.

This creates a fully decentralized DNS or domain name system, which enables users to smoothly access web services. When you feed the website’s domain name into your browser, the DNS server translates it into an IP address, helping you hook up with the host.

The debate, however, rages on convenience versus privacy. Some feel that convenience is more important and blockchain won’t decentralize the web. Certain decentralized networks are storing data on blockchain while running their services by way of smart contracts. This makes it impossible for service providers to illegally pry on user privacy.

In sum, a decentralized Internet will face certain challenges, particularly in terms of ensuring equal access and privacy. Should such a Net happen, blockchain could be one of its main building blocks.